You can now subscribe to HBO through Hulu for $14.99/month 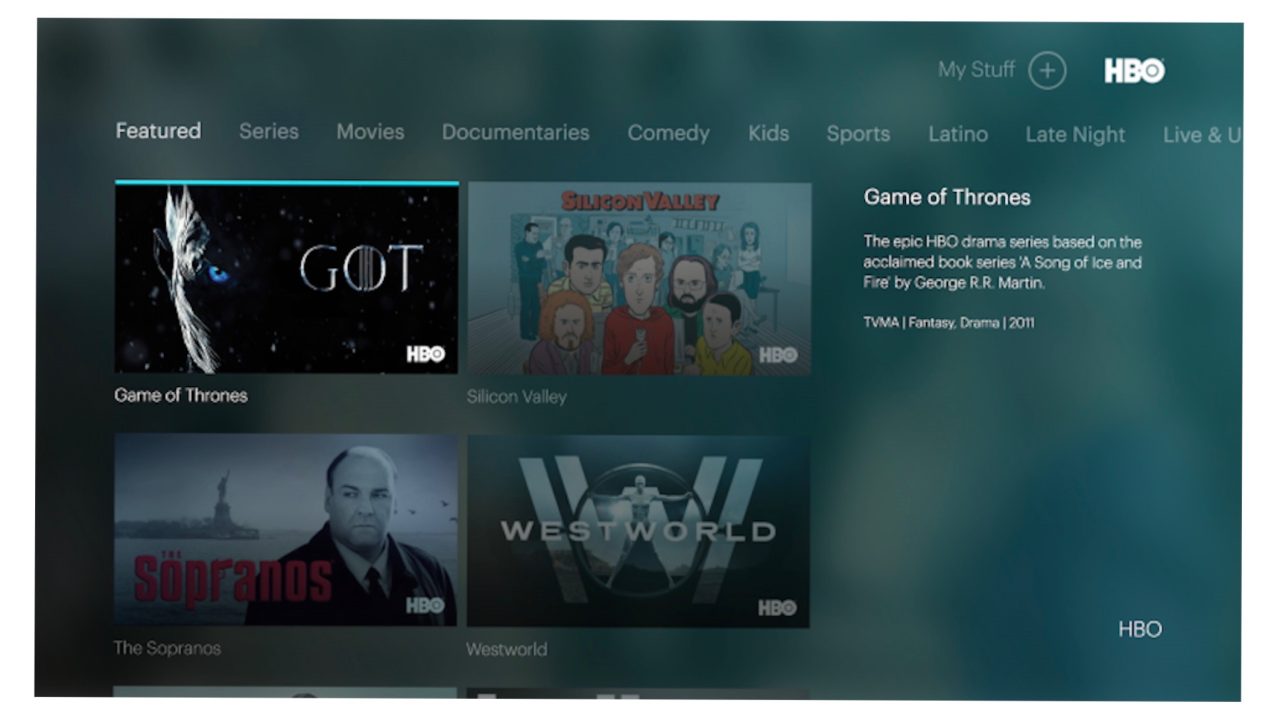 Hulu is gaining HBO as a new channel add-on for $14.99/month for subscribers starting today. The new HBO add-on is available for Hulu subscribers with any subscription plan and will unlock live and on-demand movies and TV shows.

Beginning today, viewers using the new Hulu experience can stream all of HBO’s critically-acclaimed, award-winning series, blockbuster theatrical movies, documentaries, sports, and comedy and music specials – both live and on demand – directly within the new Hulu experience by adding the premium channel to their service for $14.99 per month.

In addition to adding an option to subscribe to HBO, Hulu is also offering access to the Cinemax movie channel for $9.99/month. Hulu also says HBO add-on customers will be able to access HBO’s standalone streaming app called HBO NOW without an additional charge. (HBO NOW on its own costs the same $14.99/month without commitment.)

Finally, Hulu says its HBO partnership will include access to even more channels from the premium network soon:

Hulu offers a range of subscription plans starting at $7.99/month for on-demand movies and TV shows all the way up to $39.99/month for live TV streaming. You can watch Hulu from iPhone, iPad, Apple TV, and the web.

Check out the full announcement below to see what HBO and Cinemax bring to the Hulu catalog.

Channel Add-Ons Give Viewers Live and On Demand Access to HBO and Cinemax including Blockbuster Movies, Award-winning Original Series and Specials

SANTA MONICA, CA (July 6, 2017) – Just in time for summer binge-watching, Hulu and Home Box Office, Inc. (HBO) announced a new agreement that gives Hulu’s subscription on demand and live TV viewers access to an even more complete entertainment package, all in one place. Beginning today, viewers using the new Hulu experience can stream all of HBO’s critically-acclaimed, award-winning series, blockbuster theatrical movies, documentaries, sports, and comedy and music specials – both live and on demand – directly within the new Hulu experience by adding the premium channel to their service for $14.99 per month. The deal also allows subscribers to add Cinemax for $9.99 per month. Both premium add-ons are now available across all of Hulu’s subscription plans, ahead of the highly-anticipated summer premieres of Game of Thrones, The Defiant Ones, Ballers, Insecure and more.

“By combining HBO’s iconic programming with our world class user experience and deep content offering, Hulu is giving viewers easy and highly personalized access to the very best of television,” said Tim Connolly, Senior Vice President, Head of Distribution and Partnerships at Hulu. “With this important new partnership, fans can now watch Game of Thrones live every Sunday, binge watch all six seasons of The Sopranos or catch up on Westworld alongside our live TV, sports, classic TV shows and Hulu originals – all without ever having to leave the Hulu app.”

“Hulu has been a pioneer in the television streaming business, building a robust user base by offering top-tier programming from a variety of networks,” said Sofia Chang, Executive Vice President, Worldwide Digital Distribution and Home Entertainment, HBO. “We see them as the perfect partner to help us fulfill our promise to HBO fans, bringing our unparalleled programming to audiences in the most sophisticated, convenient and innovative ways.”

East and west coast live feeds of HBO and Cinemax will be available to Hulu viewers on supported devices, giving them the flexibility to watch programming as it airs live on the network, or on demand at their convenience. Subscribers who purchase the HBO add-on through Hulu will also gain access to HBO NOW through their Hulu account.  Additional live channels HBO 2, HBO Family, HBO Latino, HBO Comedy, HBO Signature HD, HBO Zone, MoreMAX HD, ActionMAX HD, ThrillerMAX HD, MovieMAX HD, 5StarMAX HD and OuterMAX HD will become available within the add-ons to Hulu viewers in the coming weeks.

HBO and Cinemax join Hulu’s growing offering of subscription plans including its $7.99 per month Limited Commercials plan, $11.99 per month No Commercials plan, and Hulu with Live TV (Beta), which includes live and on demand programming from more than 50 popular sports, news, entertainment and kids’ channels — plus Hulu’s deep existing premium streaming library — for $39.99 per month.

Hulu’s recently-unveiled user experience is currently available on Apple TV (4thgen.), Xbox One, iOS and Android mobile devices. The add-ons will be available on more devices as the new user experience continues to roll out across additional major platforms this summer.

Hulu is a leading premium streaming service that offers instant access to live and on demand channels, original series and films, and a premium library TV and movies to millions of subscribers in the U.S. Since its launch in 2008, Hulu has consistently been at the forefront of entertainment and technology.  Hulu is the only streaming service that offers both ad-supported and commercial-free current season shows from the largest U.S. broadcast networks; libraries of hit TV series and films; and acclaimed original series including The Handmaid’s Tale, The Mindy Project, The Path, 11.22.63, the Golden Globe® nominated comedy series Casual, as well as the upcoming Future Man and The Looming Tower. In 2017, Hulu added live news, entertainment and sports from 21st Century Fox, The Walt Disney Company, NBCUniversal, CBS Corporation, Turner Networks, A+E Networks and Scripps Networks Interactive to its offering – making it the only TV service that brings together live, on-demand, originals, and library content all in one place, across living room and mobile devices.