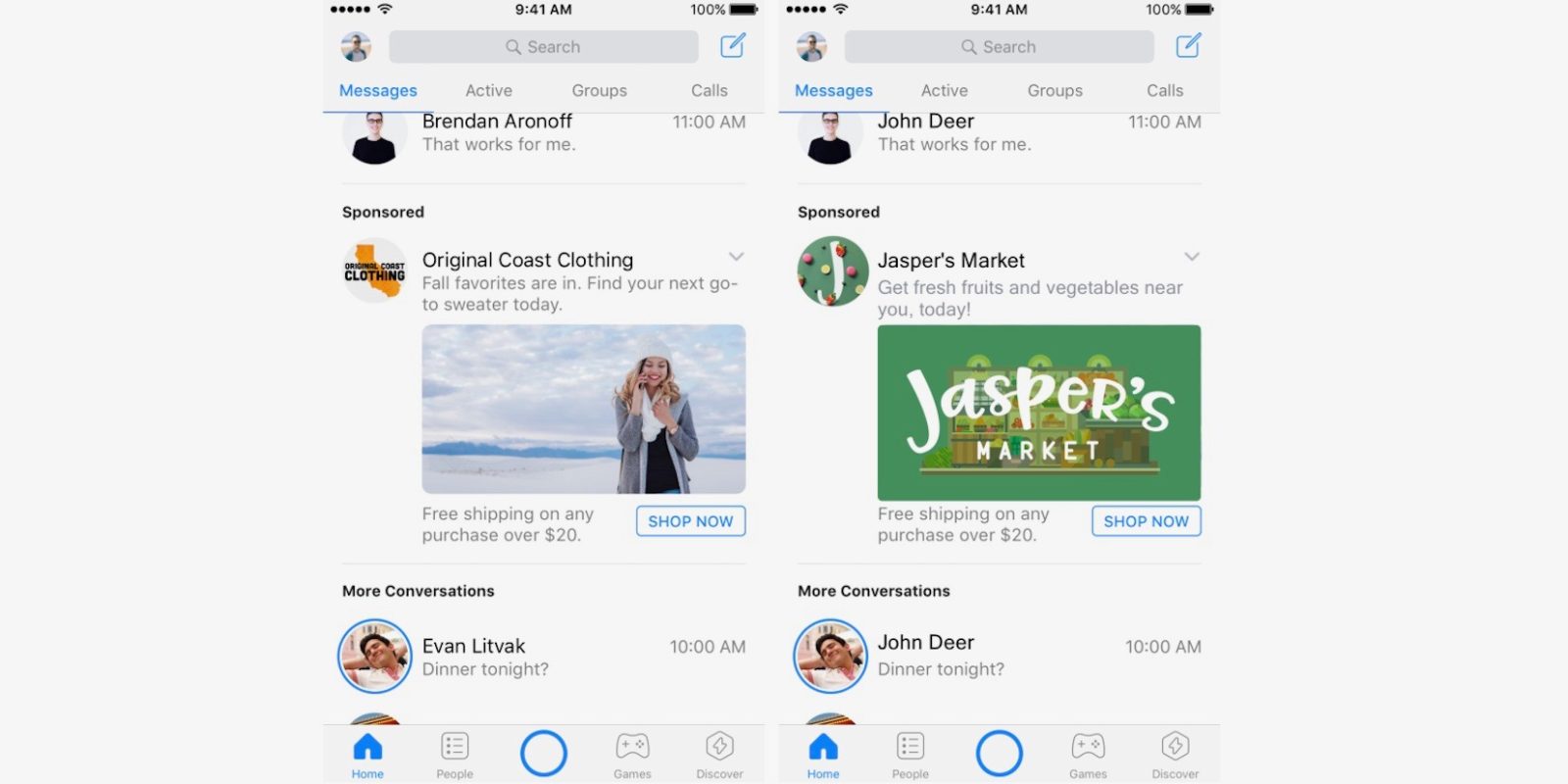 Facebook Messenger’s head of product, Stan Chudnovsky shared today that the app’s ads beta will roll out to users worldwide. The ads will be similar to those found on Instagram and Facebook and focus on creating conversations between users and businesses.

Facebook started testing the ads beta within Messenger back in January in Australia and Thailand. Messenger has 1.2 billion monthly users worldwide and Chudnovsky shared details with VentureBeat that advertising will be the primary business model for Messenger:

“[Advertising is] not necessarily everything, but it’s definitely how we’re going to be making money right now. And going forward, there are some other business models we are exploring as well, but they’re all around ads one way or another,” Chudnovsky told VentureBeat in a phone interview.

The ads will use an auction-based model with user-targeting features and take users into a Messenger conversation with either a human or a bot when engaging with an ad. Also, companies can only send sponsored messages once they have had a conversation with a user.

As for when you can expect to start seeing these ads, Facebook isn’t quite sure. Chudnovsky said it won’t be a quick rollout, but that users around the world may see advertisements on their home screen by the end of the year.

“We’ll start slow,” he said. “When the average user can be sure to see them we truly don’t know because we’re just going to be very data-driven and user feedback-driven on making that decision.”

This beta ads update is aligned with Facebook’s goal to connect Messenger’s 1.2 billion users with the 60 million businesses currently on the social network. The message style approach has become very popular, with even Apple quietly launching its Business Chat for messages in iOS 11.

Messenger is a free download from the App Store.