Smart Home Diary: What will & won’t make the cut in my new home? 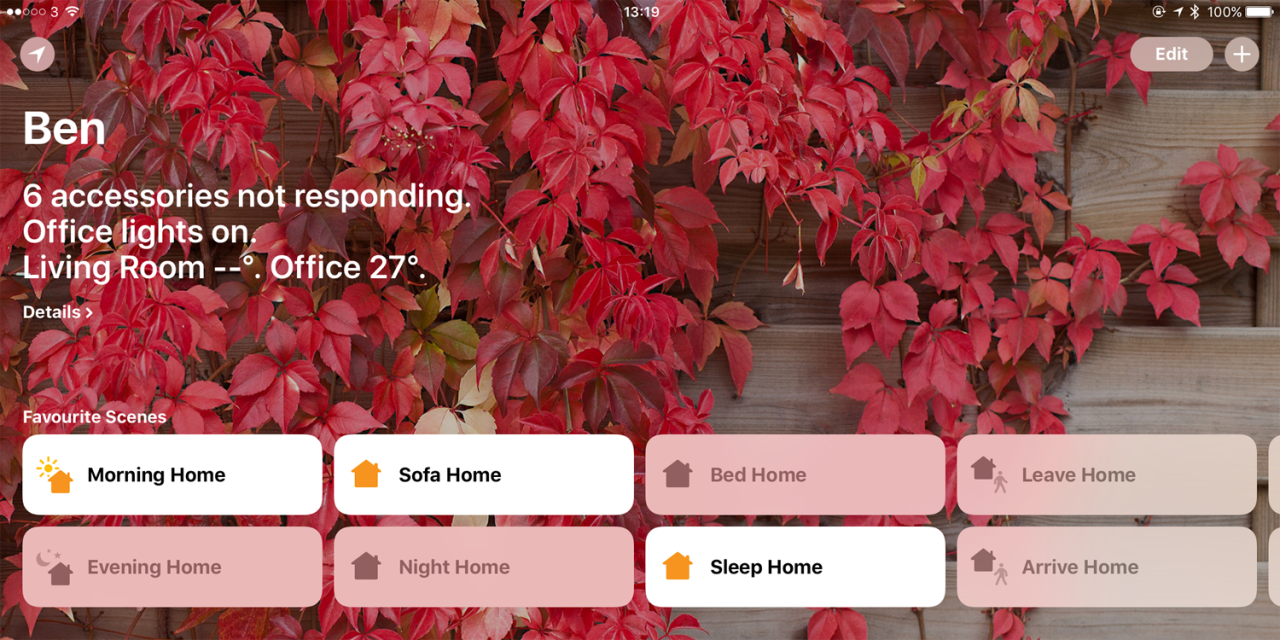 Anyone engaging me in conversation at the moment would be well advised to avoid the topic of realtors in particular, and the joys of finding, buying and selling homes in general.

Progress has been rather frustratingly slow, but we will, at some point, be making the move – and one of the many items on my to-do list has been deciding what will and won’t make the cut in terms of smart home technology …

Overall, the decision to go all-in on HomeKit has been validated. It’s great having everything controllable through a single app, and HomeKit-compatibility also serves as a handy filter when considering home automation tech. Apple’s certification requirements include extremely strong encryption – a crucial factor when insecure Internet of Things devices are a growing problem, with the latest example just yesterday.

I mentioned last time that HomeKit is far from perfect. While you can control every device from the Home app, that control is limited. There are still times when you need to open the manufacturer app to do fairly basic things Apple’s app ought to support.

There are also times the Home app reports no response from a device while the manufacturer app sees it just fine. That screengrab above, showing six devices not responding and a missing living-room temperature, is unfortunately not atypical – while the Tado and Hue apps can both see and control those devices.

Apple did seem to be listening to my complaint about repetitive and twee Siri responses to HomeKit commands, however: there are now more of them, including more straightforward ones like ‘the scene is set.’

Whether or not colored lighting made sense was an early question. Would it be a novelty that wore off, or a genuinely useful feature?

This seems to be one of the great divides in the comments on my earlier pieces. Some see the ability to create mood lighting as one of the key benefits of smart home tech, while others see it as pointless or naff.

I got an early appreciation of the power of mood lighting when I was able to visit an airliner in its hangar during maintenance. In flight, the blue or purple indirect lighting used in business class is one of the things that helps it feel special. Sit in the business class seat of that same aircraft with white lighting throughout the plane and it feels distinctly less special.

My own experience has been that I’ve continued to use mood lighting – but only in the living-room and office. While I have very occasionally used it in the bedroom and bathroom (when having a relaxing bath, for example), mostly I’ve used the ability to set warmer or cooler white light. So in our new home, I’ll restrict colored lighting to those two rooms, and use white elsewhere. My partner predicted this from the outset, but she’s mostly managed to resist doing an ‘I told you so’ …

Additionally, where you really want color is on the walls, and ceiling lights aren’t ideal for this. I managed to angle the lights so you’re not looking directly at any of them seated on the sofa, but I think next time I’m going to go for some mix of Hue Go lights and Lightstrips. I’m hoping selling the old place with smart home tech installed will add enough value to pay for the replacement kit.

One of the benefits of Hue lighting is the vast array of third-party apps out there. While the disco-style apps may be limited in usefulness to parties, one in particular has stood the test of time: Ambee. This is a kind of slow-motion disco app: it animates the lights in colorful patterns, but does so slowly. The fastest animation is every few seconds, and most of them change gradually over 10-30 seconds.

Here’s a video showing both real-speed, and a time-lapse so you get an idea of the changes seen over time:

I’m not normally keen on freemium apps: I’d far rather pay a one-off fee for the app. And Ambee’s in-app purchases to download extra scenes are not cheap. Each one costs either $0.99 or $1.99, and there are lots to choose from.

But you can preview each animation before buying it, and I spend most of my time using the same four or five scenes, so if you preview carefully your total cost won’t be more than $10. I consider this good value.

Physical wall switches are a must. There are times when it is simply easier to tap a switch than use an app, and it also ensures your home remains usable by non-techy visitors.

There are only two places where I’ve been happy to forgo physical switches: bathroom and kitchen. Here, a motion sensor to activate the lights when you walk in have worked really well. I have them set on a two-minute time-out, and by default they dim to 50% brightness before going off altogether, which is enough of a cue to wave an arm if you are motionless in either room.

I’ve also had a useful lesson in how smart home tech is perceived by normal people.

I mentioned last time that realtors thought the smart home tech would impress potential buyers, and for some that has definitely proved to be the case. But others have actually found it off-putting, fearing that it would be too complicated.

I’ve now taken to mentioning the cost saving benefit of Tado, pointing out the motion-activated lights in kitchen and bathroom, and simply adding that you can control other lighting with your phone if you want to. I put the Nanoleaf Aurora wall panel on so they can see some mood lighting, but don’t demo anything else unless they ask.

The executive summary, then, is that my new home will be as smart as my old one – just a little less colorful. But mood lighting does remain key in living-room and office.

Check out my earlier Smart Home Diary pieces, and if you’ve also been using HomeKit for a while now, do share your own longer-term impressions and decisions in the comments.