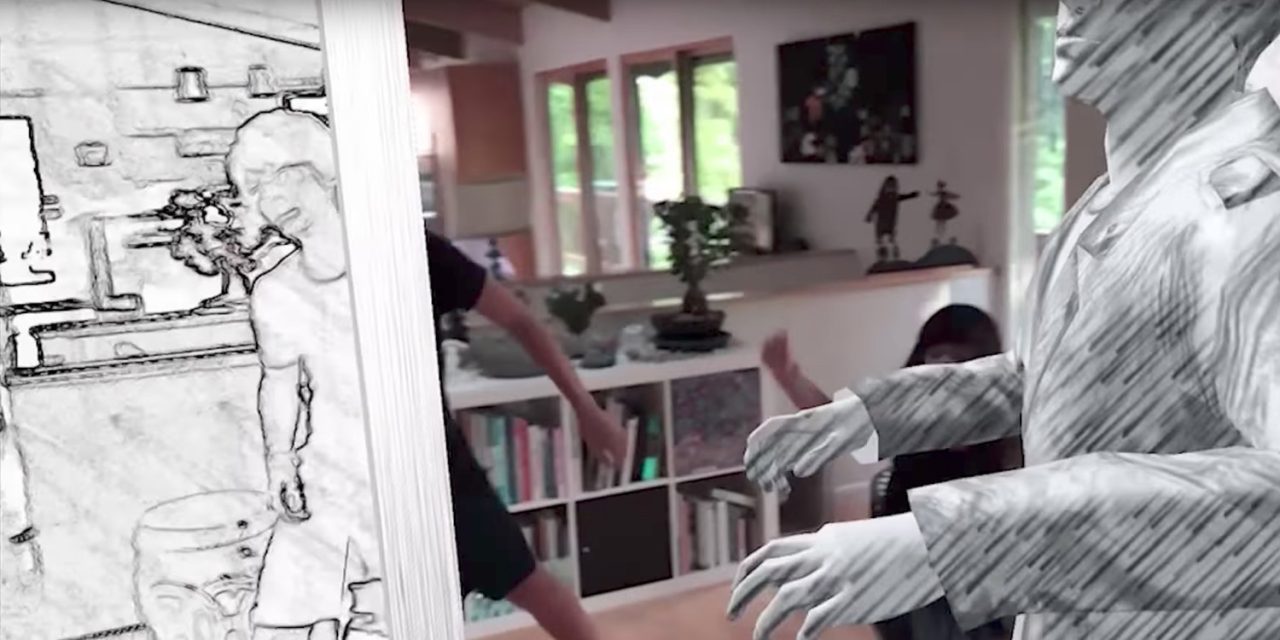 When Michael Patterson and his partner Candice created the animated pencil sketch animations for A-ha’s music video Take on Me back in the 80s, they did all the drawings by hand and it took them 16 weeks, working flat out.

As the kids dance along, it transforms both them and the room into animated pencil sketches as they move into the drawn areas of the image.

As Engadget notes, the app is a fun way of illustrating the power behind Apple’s augmented reality framework.

The app (which isn’t publicly available, alas) is a showcase of how easy it’s becoming to implemented augmented reality. Trixi wrote the software using Apple’s ARKit, a software toolbox that gives iOS developers a relatively easy way to weave AR content into their apps. They don’t have to make an engine from scratch. You certainly don’t need ARKit to create the “Take On Me” effect, but a framework like that makes it possible for even small outfits to produce slick results.

While the app is just a proof of concept, and you can’t download it, it’s also great fun. I could definitely see kids and teens getting into this kind of thing, especially if they’re able to post the results to social media.

The more ARKit demo apps I see, the more convinced I become that AR is going to be way bigger than VR, for serious and fun applications alike. Other demo apps we’ve seen recently include augmented navigation, Falcon 9 landing and more pedestrian but useful tape measure apps.