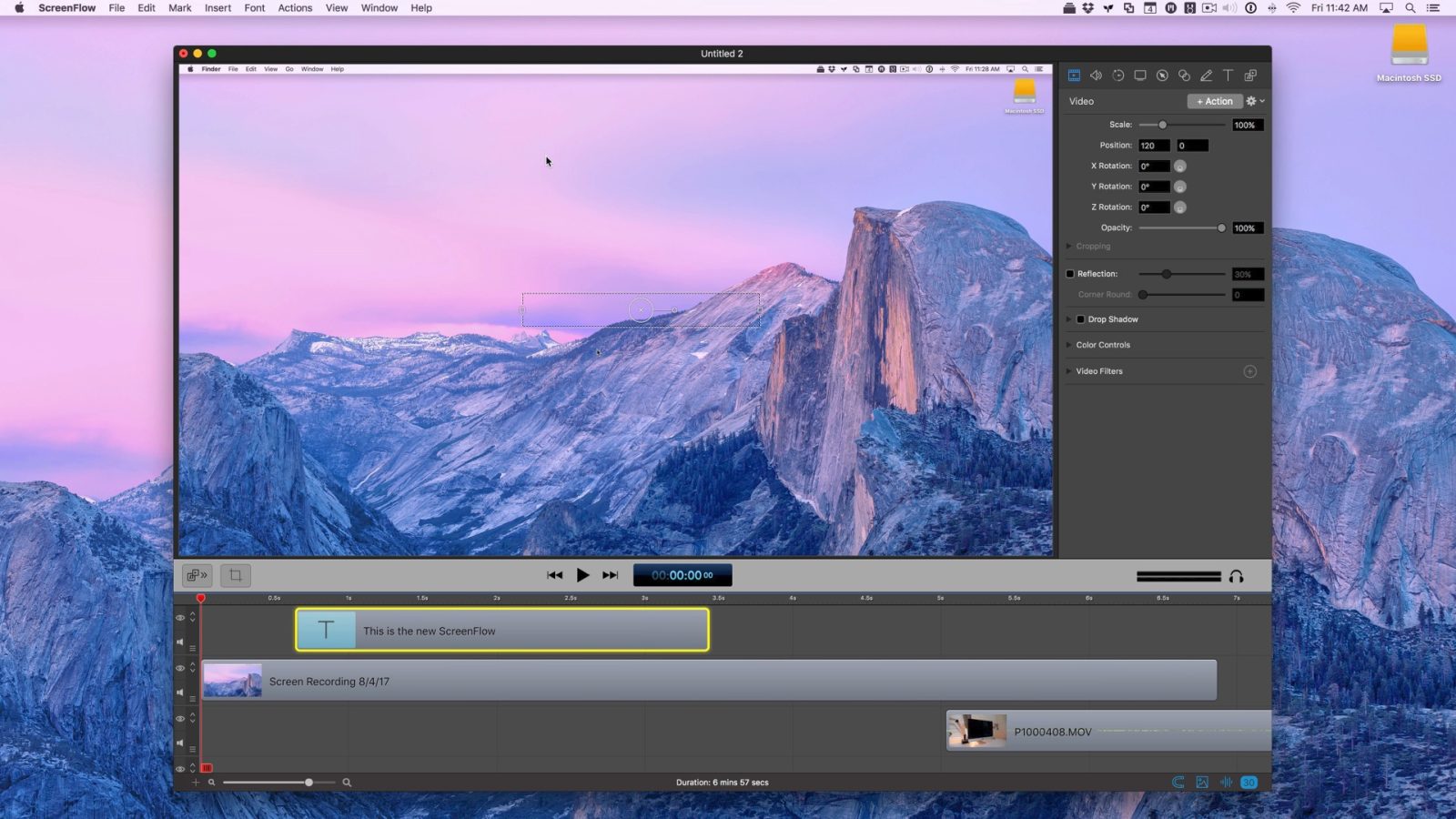 In this week’s edition of Friday 5, we take a look at ScreenFlow 7 — a major update to the previous version of the popular screen recording and editing app. ScreenFlow 7 features brand new export options, a newly-implemented dark mode interface, support for custom hotkey mapping, and much more. Have a look at five of my favorite new features found in this major ScreenFlow update.

ScreenFlow 7 ships with a new dark interface theme that’s enabled by default. You can easily switch back to the light theme by venturing to the app’s preferences.

It’s been a long time coming, but ScreenFlow finally supports custom hotkey mapping in-app via the Shortcuts preference panel. Users will be happy to learn that hotkey customizations can be exported and imported into new ScreenFlow 7 installations.

ScreenFlow has long supported text overlays, but they were generally static. ScreenFlow 7 now features the ability to add both build in and build out text animations to your projects.

If you find yourself using the same assets over and over across multiple projects, then ScreenFlow 7’s new Global Library will definitely come in handy. Functioning similarly to libraries in Final Cut Pro, assets in the Global Library will always be accessible from any new project you create. This is especially handy when adding intro graphics, videos, watermarks, music, etc. 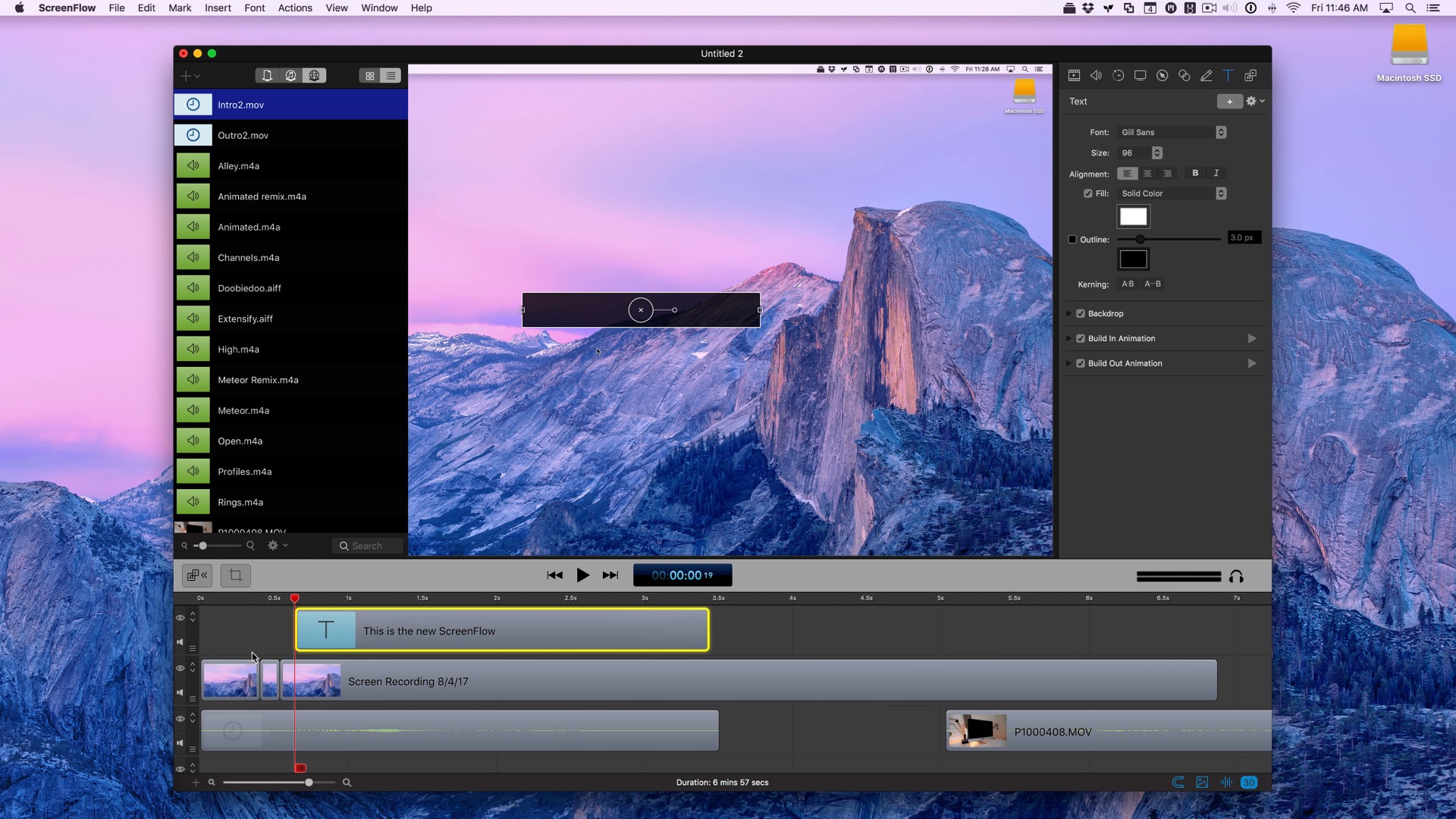 ScreenFlow 7 sells for $129 (developer Telestream also has a free trial available), instead of the $99 asking price of ScreenFlow 6. A $30 increase is nothing to laugh at, but with that price jump comes a heaping helping of new features and fixes (read about them all here). The good news is that many previous ScreenFlow customers will be able to pay upgrade pricing instead of the full amount.

What are your thoughts on the new features offered by ScreenFlow 7? Which new addition is your favorite? Sound off in the comments below with your observations and opinions.

In the previous edition of Friday 5, we took the latest version of Apple’s Clips movie-making app for a spin. Watch our hands-on video walkthrough for a look at all of the major new features found in version 1.1.

ScreenFlow is a popular screen recording and video editing app for the Mac.