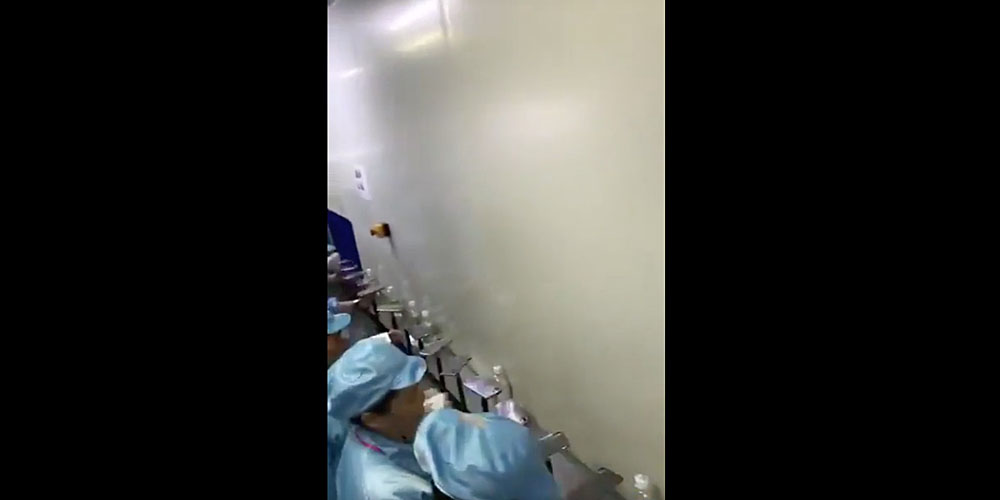 We’ve been seeing a lot of dummy models of the iPhone 8s of late. These are incredibly detailed and hard to tell from a real device, but a Dutch site now claims to have video of the real thing on the production line.

Both videos are short and very poor quality, and there appears to be good reason to doubt that claim …

One video posted by TechTastic, just ten seconds long, shows what appear to be completely assembled phones having their case polished by hand. The method of polishing seems extremely haphazard, and not something I’d expect to see in an Apple-sanctioned production-line.

The second is even shorter, at eight seconds, and shows devices in some kind of framework. Again, though, rather than all being held perfectly at the same angle, they are in a rather messy array. The whole thing doesn’t have the kind of precision we’d expect from the real thing.

Additionally, Foxconn goes to great lengths to ensure workers cannot take phones or cameras into their facilities, while both these videos appear to have been shot quite openly.

My best guess is that the two videos actually show production of dummy units. This is a minor industry in its own right at present, so probably has some kind of small production line, but of course lacking the sophistication of a Foxconn operation.

It has been reported that all three new iPhones are now in volume production, which would line up with recent reports that all will launch in September, albeit with very constrained supply of the iPhone 8.

You can judge for yourself in the videos below.