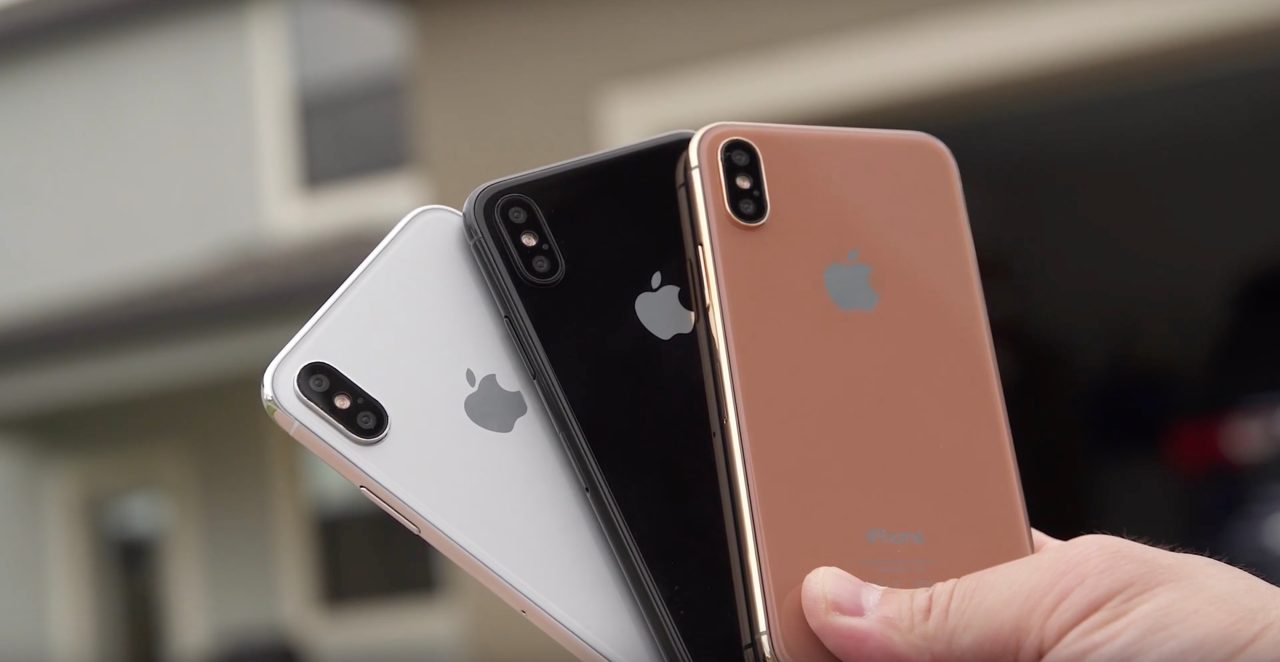 Recent reports have claimed that the upcoming iPhone 8 will be available in three color choices: black, white, and a new copper gold shade. While nearly every leak we’ve seen has been of the black model, a new video today from YouTuber Danny Winget offers a look at all three choices…

While some reports had previously claimed the iPhone 8 would not come in white, a more recent analyst note from KGI’s Ming-Chi Kuo stated that the device will come in three colors, one of them being white. An earlier report also stated the iPhone 8 would come in a new mirror-like color variant, but we haven’t heard anything about that since.

After watching Winget’s video, I definitely still lean towards the black model. While the copper gold has grown on me, I still think the combination of the black glass design and the black stainless steel band is incredibly sharp. Though, I’m glad to see the device in a white color despite earlier reports.

The iPhone 8 is expected to be announced and released, albeit in short supply, next month. As Apple’s 10th anniversary iPhone, the device is likely to feature wireless charging, as well as fast charging when used with a USB-C Lightning cable. Other new features include an OLED display, augmented reality capabilities, camera improvements, face recognition, and more. We’re also expecting an iPhone 7s and iPhone 7s Plus with wireless charging support and more enhancements.

What do you think of these color options? Which are you most likely to go with? Let us know down in the comments.

Keep up with all of the iPhone 8 rumors in our continually updating guide.