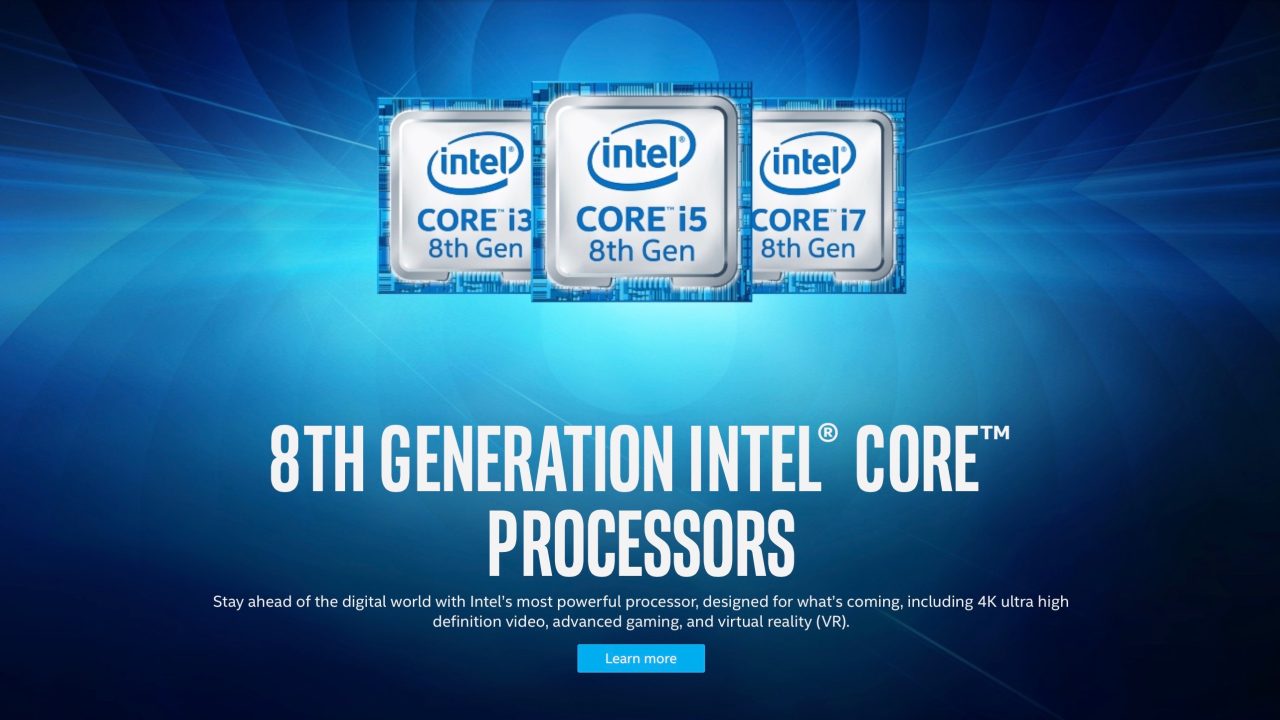 Intel has today launched its 8th generation of U-Series Core Processors that could find their way into Apple’s future MacBooks. These newest chips will provide up to a 40% boost in computing productivity and more for laptops and 2-in-1 devices.

The 8th generation of Intel Core Processors (a Kaby Lake refresh) for mobile devices bring a handful of improvements over the 7th generation (Kaby Lake v. 1) processors found in Apple’s newest notebooks, like the MacBook Pro.

Most notably, the 8th generation chips will bring up to 40% more productivity compared to Intel’s 7th gen processors, allow for up to 10 hours of 4K video playback, and up to 48% faster photo editing.

One of the new features that helps provide the above benefits is Intel’s new Turbo Boost Technology 2.0 which “Dynamically increases the processor’s frequency, as needed, by taking advantage of thermal and power headroom when operating below specified limits.” The base clock speeds of the processors are much lower than the previous generation chips (1.8 and 1.9 GHz for two of the new i7 chips), but the turbo boost 2.0 tech allows the chipsets to be both more powerful (topping out at over 4.0 GHz) and more efficient.

Intel says the first devices using the new 8th gen i7/i5 processors will arrive next month, but don’t expect to see any MacBooks adopting the new chips so quickly. There’s no telling if Apple will decide to pass on these 8th gen chips or not, or possibly just use them in a few of its MacBooks. Intel last week also teased its Ice Lake processors, which are based on a 10nm instead of a 14nm process.

In any case, it’s unlikely that Apple will offer MacBooks with 32GB RAM if it uses the 8th gen chips; they still use LPDDR3 instead of LPDDR4. This could be more reason for Apple to skip these processors and wait for the next generation of processors, particularly the MacBook Pro. More details can be found on the product page.

Earlier this month, Intel released its new Core X-Series chips, which will be featured in Apple’s upcoming iMac Pro.