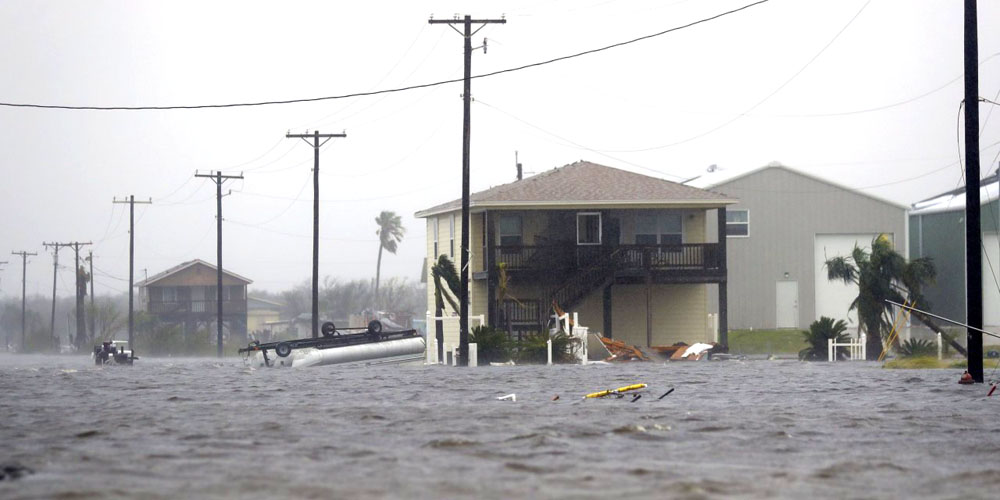 Sprint, T-Mobile and Verizon are all offering free service in areas hit by Hurricane Harvey as they describe the efforts they are making to keep networks up and running, while AT&T issues credits.

The Federal Communications Commission (FCC) says that across the entire region, 96% of cell sites are working, though only 5% of sites are operational in Rockport, Texas, near where the hurricane made landfall …

T-Mobile also offered free calling and texting for customers in the affected areas and those trying to reach them.

Verizon is offering free service to monthly subscribers in the affected area until September 8.

There was no mention of AT&T, but the carrier later told me that is issuing unspecified credits.

Cell towers rely on grid power for normal operations, but most have two forms of alternative power for use in emergencies: backup batteries designed to last eight hours, and fuel generators that kick in when those are exhausted. Verizon described the steps it took in response to the emergency.

Verizon  said it sent in extra crews to Texas and topped off fuel in each tower’s backup generators in the days leading up to the storm.

“As anticipated, commercial power is out in many places throughout Texas, but backup generators are running and refueling vendors are on standby to ensure facilities continue operating.”

T-Mobile said that it was working to fix damaged towers, but that efforts were being hampered by both impassable roads and uncertainty about conditions over the next few days.

Some crews were ready to roll out new generators and equipment on Saturday but were waiting for the storm to subside before moving. “Keep in mind that Harvey is still really young,” [said a spokesperson]. “We don’t know what’s going to happen over the next week.”

Advice to those in the affected areas is to use texts rather than voice calls as this reduces network congestion and uses less battery power.