PSA: Now’s a good time to check which of your apps won’t open in iOS 11 as 32-bit support dropped 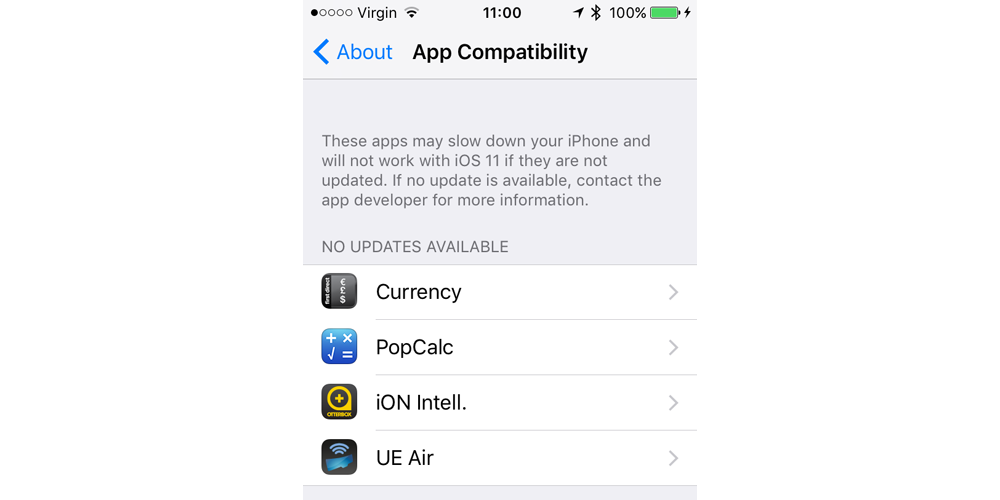 We reported back in June that Apple was dropping support for 32-bit applications altogether in iOS 11. In iOS 10, Apple displays a warning message and then allows the app to open; in iOS 11, the app won’t open at all.

The estimate of the total number of 32-bit apps still out there comes from Oliver Yeh, co-founder of app intelligence firm Sensor Tower, via Business Insider.

It makes sense to check before upgrading to iOS 11, so that you have time to find replacements apps.

Apple is taking the stricter approach in iOS 11 because supporting 32-bit apps degrades the performance of the device. A 32-bit subsystem has to be loaded before the app will run, and that takes a hit on both performance and battery-life. The company has given plenty of warning to developers, so there’s little excuse for those which haven’t yet updated to a 64-bit version.

When I checked, I found three apps that could be deleted and one I’ll need to replace: PopCalc (suggestions welcome – I need multi-line displays and the ability to edit earlier calculations). Let us know how many you find.