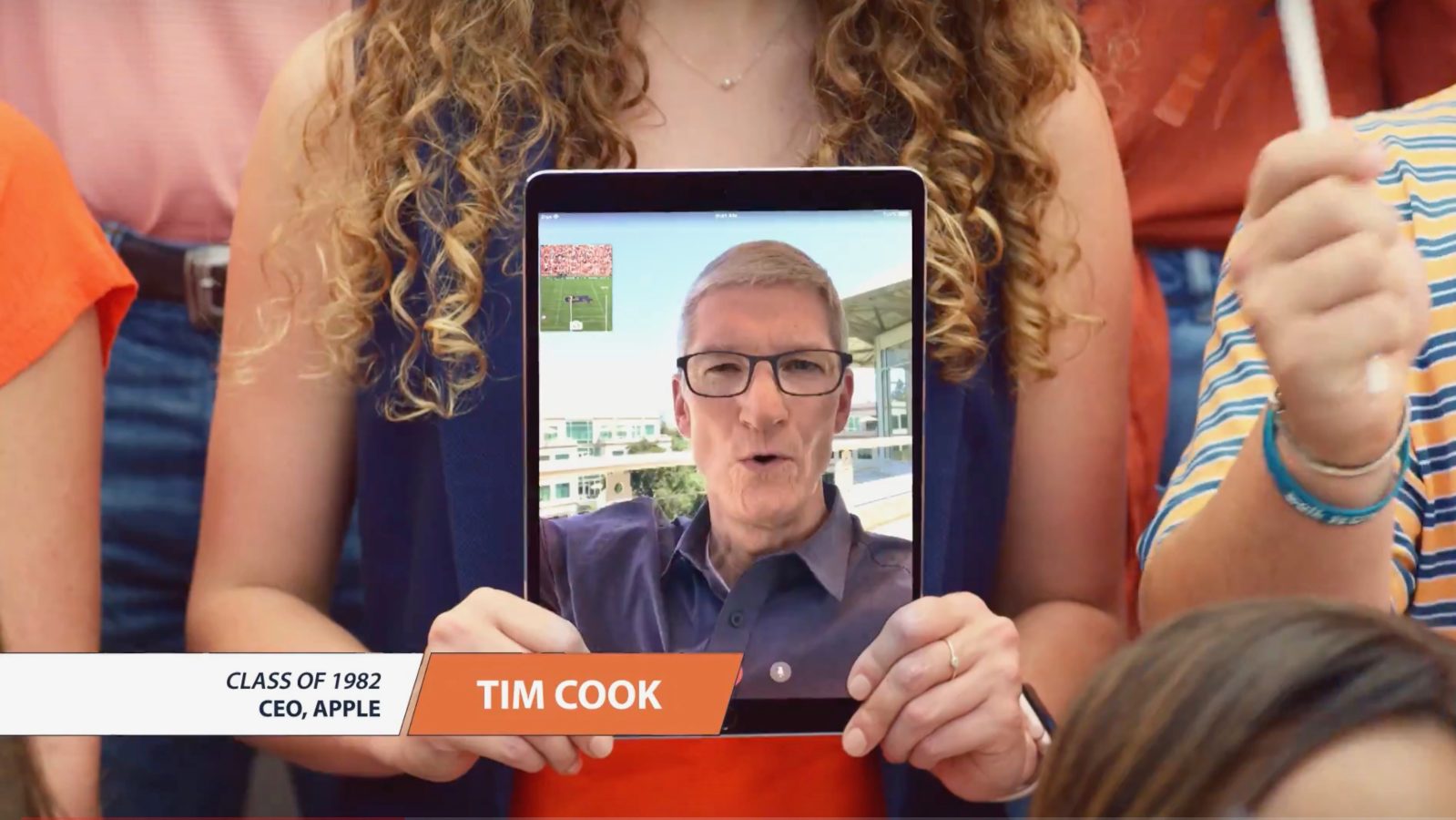 Auburn University has just released a new commercial featuring notable alumni including a surprise cameo of a very animated Tim Cook. The Apple CEO also participated in a longer ad where he talks about his experience at the school.

In the first ad, Cook is seen FaceTime calling from an iPad into a college football game from the company’s headquarters in California.

Back at the university’s stadium, a student is shown in the stands (wearing an Apple Watch and) holding an iPad Pro with Cook on FaceTime participating in the War Eagle battle cry during the game.

Cook, who is sometimes spotted at football games on campus, attended Auburn University in Alabama where he earned his Bachelor of Science degree in Industrial Engineering.

The second ad focuses solely on Cook where he gives his pitch for the university and gives students advice when attending the school.

Check out Cook’s cameo and interview in both of Auburn’s new ads below: