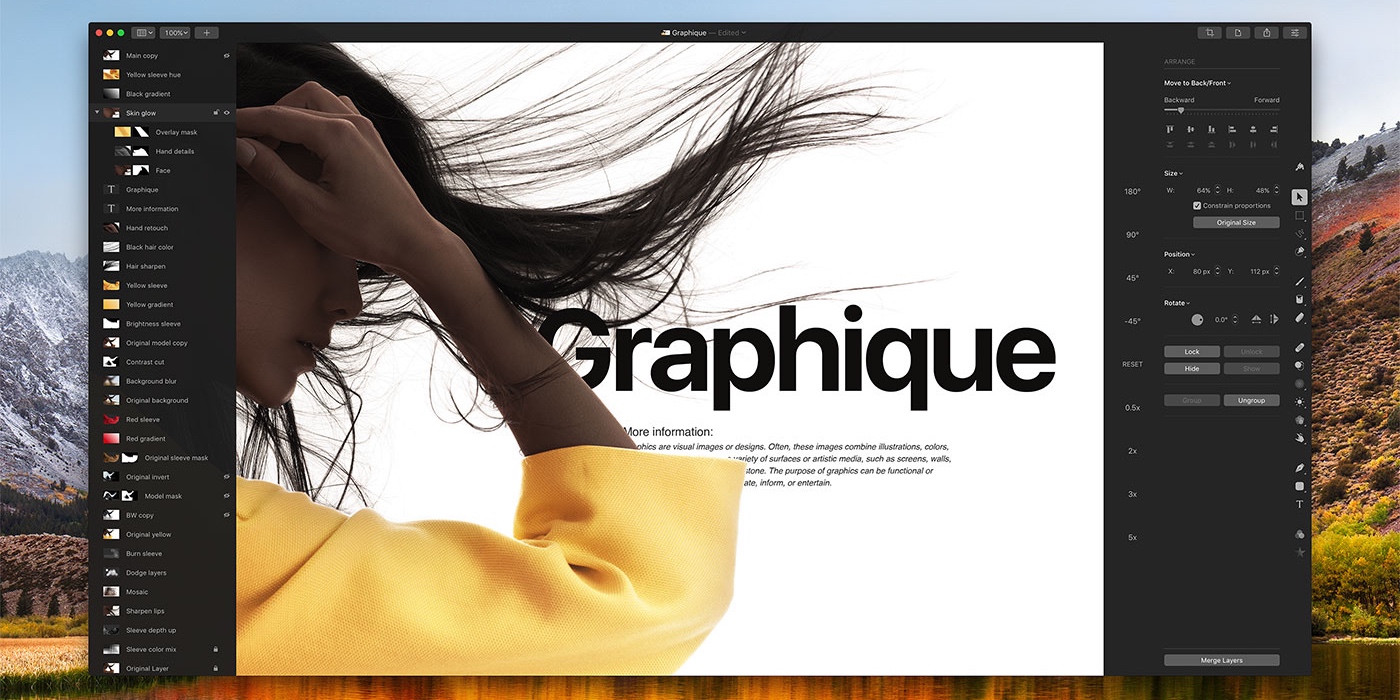 The app is built from the ground up to enable non-destructive editing, new effect layers, a new painting system with realistic brushes, and a lot more.

The developers say that Pixelmator for Mac will continue to receive updates, although Pixelmator Pro certainly looks a lot like Pixelmator 2 in spirit.

Ditching the palettes for docked panes on the left and right, Pixelmator Pro uses a single window interface that fits right at home with Apple Photos editing UI — although naturally exposing an order of magnitude more functionality.

Pixelmator Pro is ‘fully non-destructive’ so you can have the confidence to make changes knowing that you can tweak or remove them later.

Unlike a traditional undo stack, you can revert specific changes without having to change the entire image to an earlier state.

There is a new painting engine to create realistic digital art with over 100 handcrafted brushes built in. Artists can use macOS compatible graphics tablets to make their art, with Pixelmator Pro automatically responding to pressure and tilt (it also seems well-prepared if Apple one day makes the Apple Pencil work with Macs). 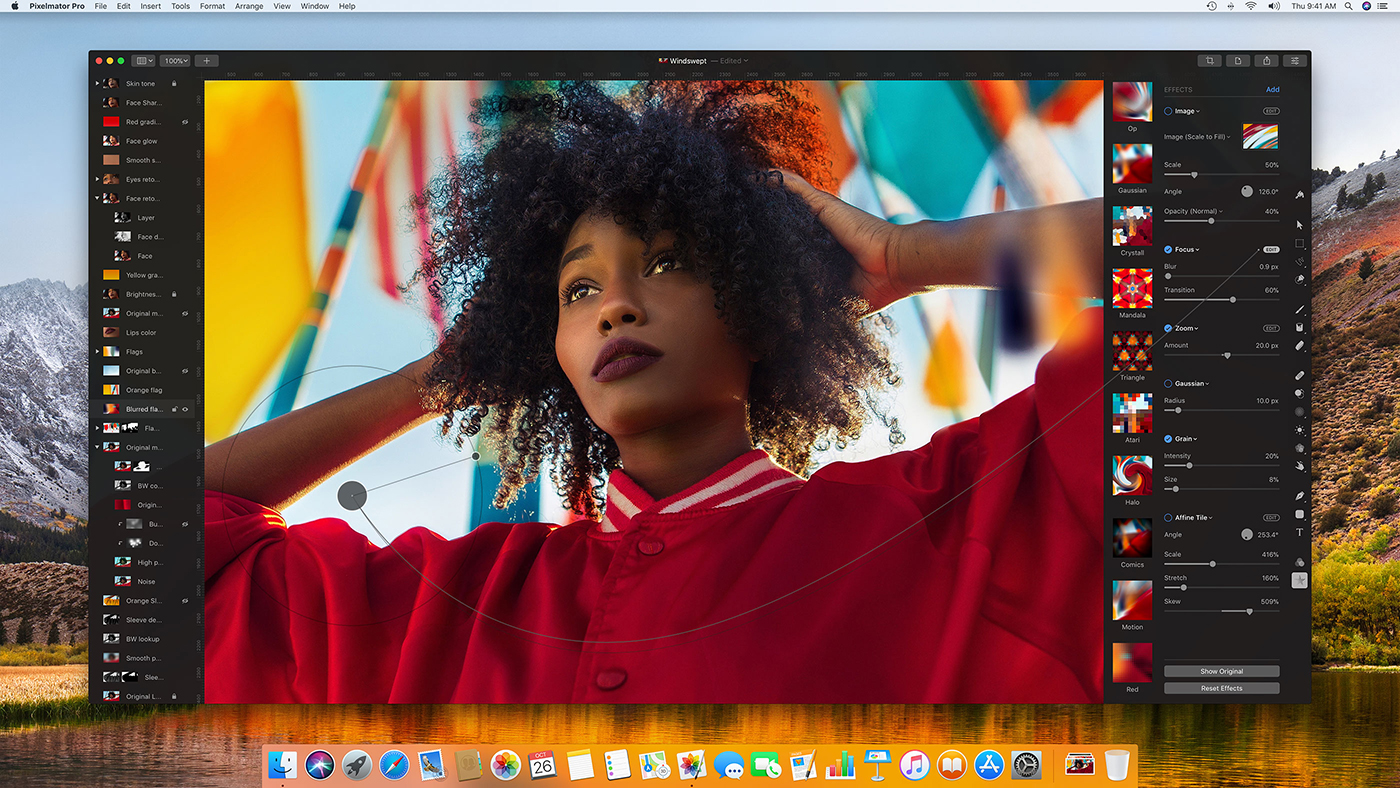 Pixelmator Pro also has a big focus on creating layouts, combining image editing with graphic design. There are a variety of new alignment tools and again everything is non-destructive so you can quickly iterate on ideas.

The company is also taking advantage of machine learning in new ways. As well as horizon detection and smart repair tools, Pixelmator Pro uses machine learning to automatically name layers based on their contents.

Rather than generic default ‘Layer N+1’ naming, Pixelmator will analyze the content of an imported layer and determine a more detailed label, like ‘Beach’ or ‘Portrait’.

Find out more about Pixelmator Pro on the developer’s site. The app is launching later this year on the Mac App Store; pricing is yet to be announced.