HomePod spotted in the wild ahead of December launch [U] 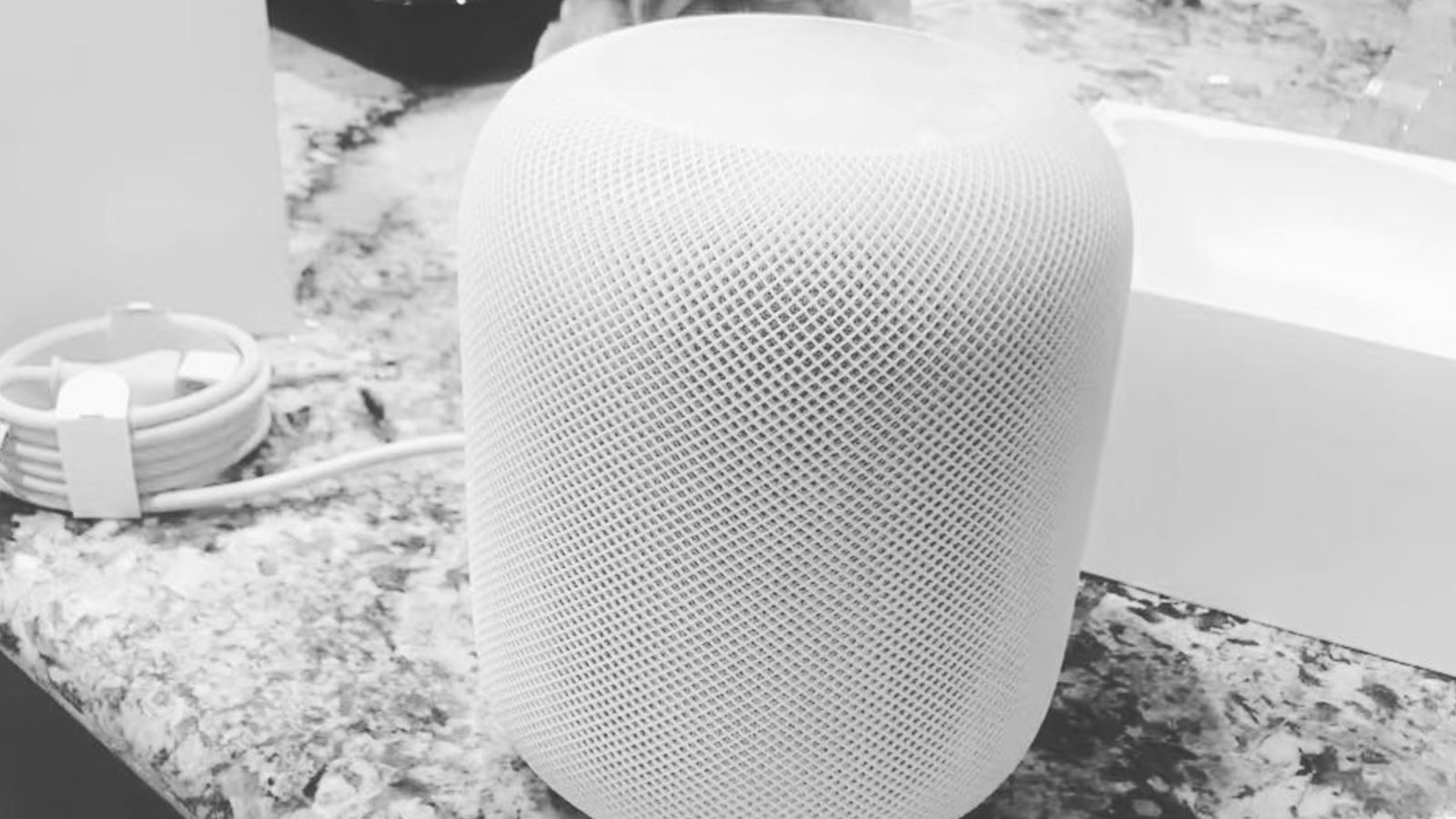 [Update: In addition to the HomePod’s reported to have been spotted in China and Menlo Park, an anonymous tipster has shared that Apple has given the HomePod to select retail staff in the UK to test at home and provide feedback. If the information is to be believed, store leaders, senior managers, and creative pros have been selected to do the testing.  They were recently flown to London for the training. Curiously, no one was allowed to get on a plane with a HomePod, and had to take a train home.]

Ahead of its special event next week to announce all-new iPhones, Apple is seemingly ramping up HomePod testing. A pair of posts to social media show the HomePod expanding into the wild, with Apple employees testing it in their homes ahead of the official release in December.

On Instagram, a user posted a picture of Apple’s HomePod in what appears to be his or her kitchen. The post is tagged with a location in Shanghai, China and in the background of the image you can see a charger and its box. It’s unclear what affiliation this user has with Apple and their caption doesn’t offer any details, simply reading “#HomePod.” It’s possible that this image comes from a supply chain worker.

Then, Twitter user Benedict Evans shared a screenshot this evening showing a HomePod appear in his Control Center while driving through Menlo Park in California. The HomePod here is labeled as “Kitchen,” indicating that someone is testing it in their home. The person testing is likely an Apple employee of some fashion.

These two posts don’t offer any details about HomePod that we didn’t already know, but they do indicate that Apple is ramping up testing and production of the smart speaker. HomePod is slated to go on sale to the public in December, but we’ll likely get another look at it next week when Apple unveils the iPhone 7s and iPhone 8.

Are you planning to buy a HomePod when they’re released later this year? A previous report claimed that the smart speaker would be plagued by availability issues, so they may be hard to come by.