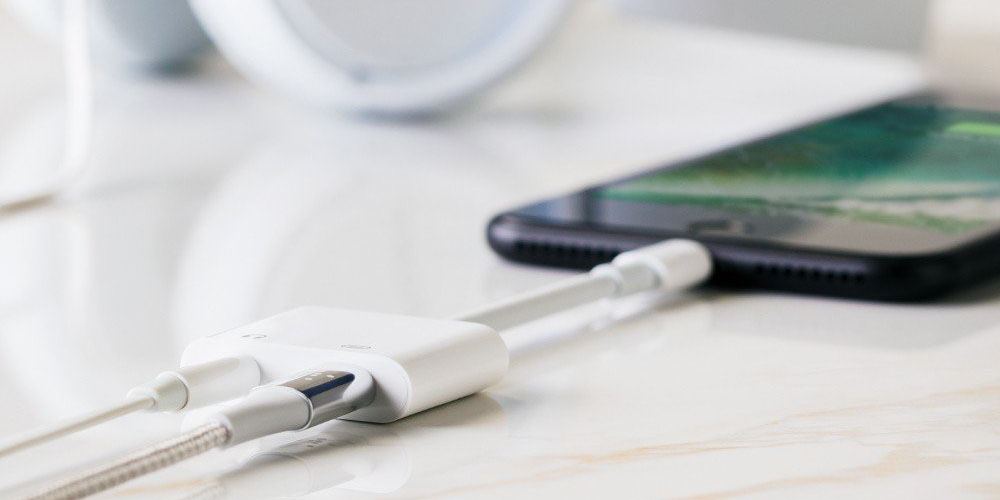 When Apple controversially dropped the 3.5mm audio jack from the iPhone 7, some complained that including Lightning EarPods in the pack didn’t entirely solve the problem. It was no longer possible to charge the iPhone while listening to music …

Belkin solved that with a dual-Lightning adapter. Lightning headphones didn’t really take off, so a new version with Lightning and 3.5mm jack would have made sense at the time, and Belkin has just announced a new Audio + Charge RockStar adapter.

The timing is odd, though – introducing a solution to a wired charging problem just as Apple launches its first iPhones with wireless charging, and at a time when many people have switched to Bluetooth headphones.

All the same, there will be iPhone 7 owners who’ll appreciate it for sure, and the new adapter is at least ten bucks cheaper than the dual-Lightning one at $30. The Audio + Charge RockStar adapter is available from Apple, Amazon and elsewhere. If you’re switching to wireless charging, though, Apple’s own 3.5mm to Lightning adapter is a neater and cheaper solution.