Review: Cujo, an unobtrusive smart firewall for the connected home 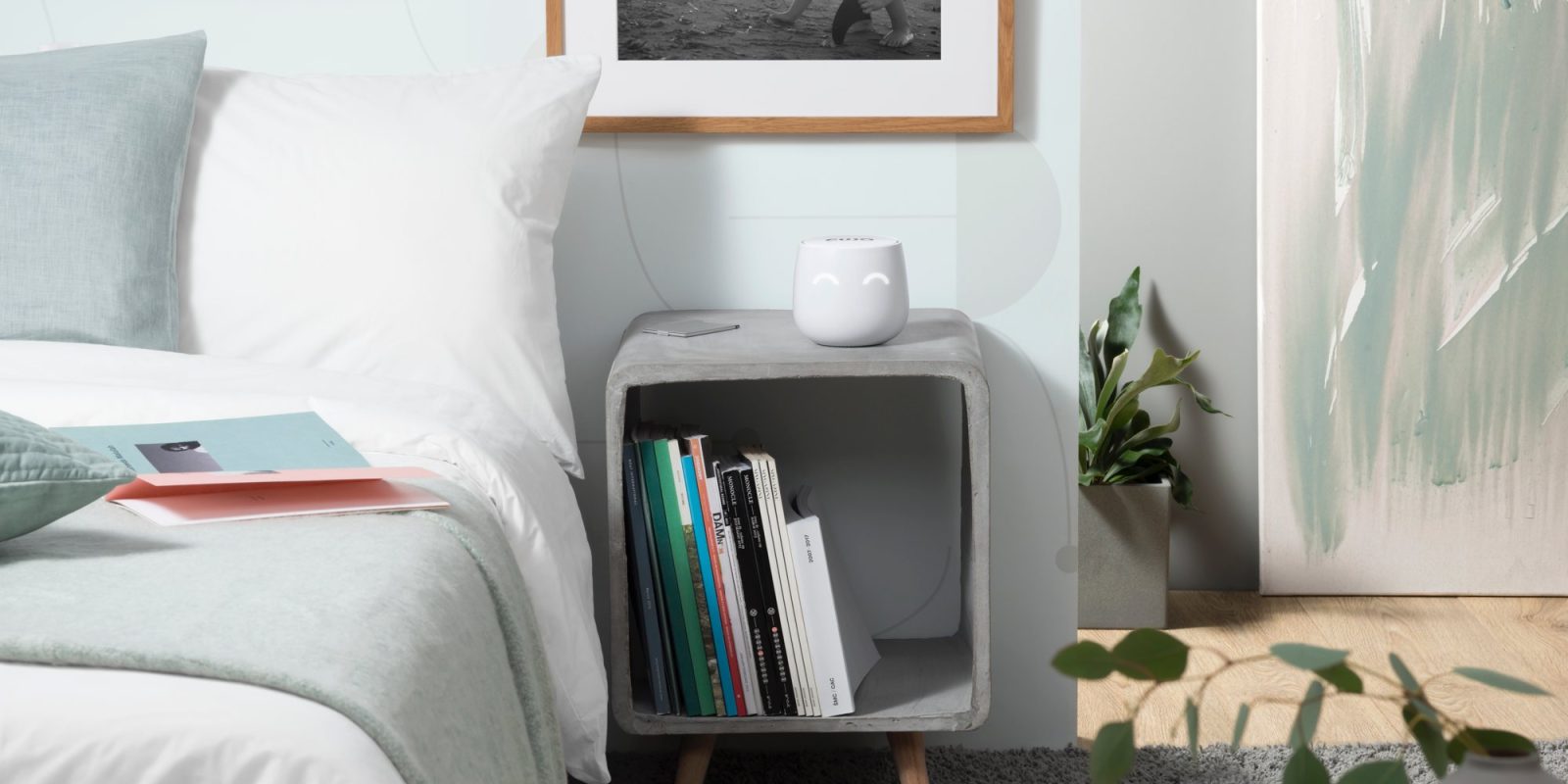 The idea of a smart home security monitor has been in the back of my mind since the Mirai malware infected so many devices earlier last year. I already take precautionary steps in creating a secure home network, but I wanted an extra layer of protection to work for me. That’s where Cujo comes in. After a few weeks of testing the “smart firewall,” I got to see just how efficient these systems could be.

Cujo is marketed by the company as being a “smart firewall that keeps your connected home safe.” It’s able to accomplish this by monitoring network traffic and blocking connections to potentially harmful sites. These protections can prove especially useful in a home littered with various internet-connected devices. Everything from smart thermostats to smartphones is protected under Cujo’s security blanket. Parents can even create profiles within the app to limit what content a child may browse and for how long.

At first glance, Cujo physically appears to be a mix of an air freshener, a child’s night light, and Google Home. Its “face” sports adorable LED eyes, which can be disabled and help indicate its security status. The design is attractive enough that I could easily leave it out for all to see as part of my home’s decor. On that note alone, it already rises above my visual sore thumb of a home router.

Setting up Cujo is relatively quick and painless. After creating an account using the official app, Cujo just needs to be plugged into your home networking setup. For whatever reason, I came into this setup believing that it would take a significant amount of time. I connected Cujo to my Verizon Fios router and was ready to go in about 10 minutes. Once on my home network, Cujo began identifying all the devices connected. I have quite a few devices ranging from smart home accessories to mobile phones, but Cujo identified all of them within about an hour. After that, I was ready to dive in to see what Cujo could do.

The first concern I had was just how Cujo would handle blocking sites it believed to be dangerous. My worst fear was that the system would be overly cautious and end up blocking more sites than it should. Luckily, this wasn’t the case at all. Cujo never disrupted my day-to-day web browsing. The second concern that arose was just how exactly I would tell if a site was blocked or insecure. I decided that instead of digging down the rabbit hole, I would watch some TV, and continue using my home network like I normally do for the next few days.

Not more than an hour after that, I received my first push notification alert from Cujo. The iOS app told me it had stopped an attempt to visit a domain categorized as ‘Spyware and Adware’ from my iPhone 6. Then it gave me the same message for my iPhone 7 Plus, and then again for a Samsung Galaxy S6 Edge. My first thought was that my network was compromised and I was just finding out. After a few minutes of digging around and troubleshooting, I realized I was getting these alerts after browsing through my Twitter timeline.

Here’s the point where I was both grateful and wanting more from Cujo. I was grateful it had automatically and unobtrusively blocked attempts to visit a potentially dangerous site. I was left wanting more because I wasn’t 100% sure what caused it to fire off. It took about 15 minutes of attempting to reproduce the alerts to realize the common denominator between the devices was Twitter. To be fair, not many people would care to dissect the situation this much. Simply being protected would be enough for their peace of mind. I wanted to find and put a stop to the potentially harmful behavior. Regardless, I proceeded to watch my show knowing Cujo was doing the job it was set out to do.

The next day I decided to dig into the Cujo app further to discover it’s granular controls. On a per-device basis, Cujo allows you to control which devices are authorized to connect to the internet, and which it should or shouldn’t protect. On days I was having issues with my internet, I would go into the app and disable each device’s connectivity one-by-one until I discovered the problem. It was a quick way to troubleshoot my internet without having to unplug cords or go to each device to disable the internet. In my few weeks of testing, I have yet to find a reason to disable Cujo’s protection on a device. Theoretically, if you feel that it’s conflicting with an online service, then maybe you would disable it.

The team behind Cujo stands behind their product’s security. Their YouTube channel has multiple videos demoing various attacks running on a network protected with Cujo. While I wasn’t brazen enough to test these attacks on my home network, I can appreciate a company publicly sharing proof of their product promises.

A more obvious concern in adding Cujo to a home network would be a degradation in speed. After using the system for a few weeks, I can say that I saw absolutely no issues with the network at all. I am running Fios at home, so my guess is that someone with a slower speed may run into some hiccups, but it may be worth it for the protection.

Cujo’s strength comes down to it’s set-it-and-forget-it style. Once configured, I never had to jump into the app to change anything around. The app’s usage of push notifications to send security alerts is more than enough to keep up to date on network activity. If I had kids, I would be more appreciative of the app’s ability to quickly adjust firewall and site blocking settings within the app. That being said, I was also impressed that Cujo never once blocked a site I knew to be secure, and it never went overboard in protection.

My complaints with Cujo are small compared to the advantages I gained with the system. The physical build quality on Cujo feels a bit flimsy, and I was afraid that if dropped the plastic would crack. While I enjoy the app’s comprehensive controls, it can be pretty slow at times. Menu items don’t respond immediately when tapped, and nearly every time I launched it, I was brought back to the app’s initial start screen. Threat alerts in the app also have to be manually cleared, which can be annoying when you get multiple of them back to back. Finally, a more user-friendly onboarding experience would go a long way. After creating the necessary account to use the app, I was just dropped directly in without further instructions. It took me some time to figure out the app and discover my way around.

Something I wish Cujo could do in the future is show a device’s “path to destruction.” Being able to trace how a device got to a malicious site could help prevent it in the future. The fact that I was able to discern what caused my original alert to fire with Twitter wasn’t enough. Was it an ad that I saw? Was it a particular tweet and its links? I didn’t know, but being able to visualize a starting and end point within the app could help with future issues.

Cujo’s pricing is a bit complicated as well. The device comes in three flavors: $99 with an $8.99/monthly subscription, $158 with the $59/annual subscription after the first year, or a flat price of $249. I understand that the subscription pricing helps in keeping your Cujo device up to date and secure against new threats. The problem here is that the $249 price point quickly outweighs the other options. Cujo’s strength comes in its software updates and protections. A physical upgrade most likely won’t often be needed, so a $249 price seems like the way to go. Going for the $99 option means it’ll take about 17 months of subscription payments before you’re on par with the $249 price-point. If a newer Cujo device is available at that time, and you want to upgrade, then maybe the $99 option is your best bet. Had Cujo not sent me this device to review, I would have gone for the $249 option without a doubt.

A smart home firewall is no replacement for good security practices, but the addition of a system like Cujo goes a long way. Its automatic system of protection, and firewall site controls makes it a great option for those looking to further secure their home networks. Cujo is available now from getcujo.com with monthly subscription pricing options starting at $99 or a pay once $249 option.