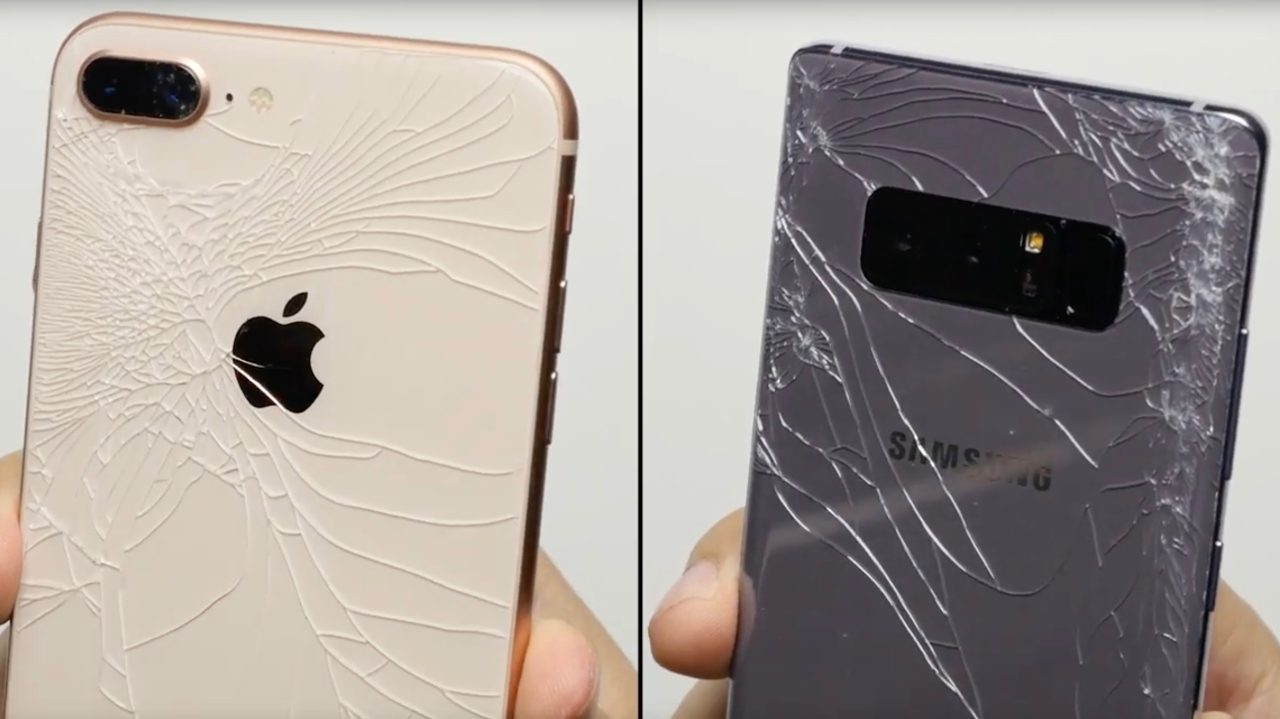 When Apple announced the new iPhone 8, it was quick to tout the device’s durability. With a new, all-glass design, customers were rightfully worried about how sturdy that glass was. “This glass is the most durable ever in an iPhone,” Apple said.

A new video from YouTuber PhoneBuff puts Apple’s iPhone 8 Plus to the test with an extensive drop test and comparison to the Galaxy Note 8.

The biggest change in the iPhone 8’s design compared to the iPhone 7 is the new glass back. Seemingly necessary to accommodate for wireless charging, the iPhone 8 features an all-glass back much like the iPhone 4 did.

In PhoneBuff’s drop test, the iPhone 8 Plus is put through a series of drops, starting with a drop straight on its back. As you can see in the video, the iPhone 8 Plus remains fully functional, but the back glass shatters on impact. The Galaxy Note 8 doesn’t turn out much better, though.

From there, the devices are dropped from a couple of other angles such as a corner drop and face drop. The iPhone 8 Plus fares relatively well during the face drop, with only some minor cracks in the lower left corner and upper right corner. The Galaxy Note 8 looks better on first impressions, thanks largely to its rounded edges, but the camera and flash seemingly stop working.

Last but not least, the devices are put through a “bonus round” of dropping directly on a steel pallet, up to 10 times. The Galaxy Note 8 survives all 10 rounds, whereas the iPhone starts falling apart around round 5. Interestingly, full pieces of glass are falling out of the iPhone.

As is always the case with iPhone releases, the iPhone 8 is being put through a variety of tests on YouTube. We’ve already highlighted speed and scratch tests, as well as a full teardown of the device. Meanwhile, several water resistance tests have hit YouTube as well.

Watch the full iPhone 8 Plus drop test video right below, alongside a pair of water resistance tests. Did you pick up an iPhone 8 or iPhone 8 Plus this weekend? If so, let us know what you think of it down in the comments.