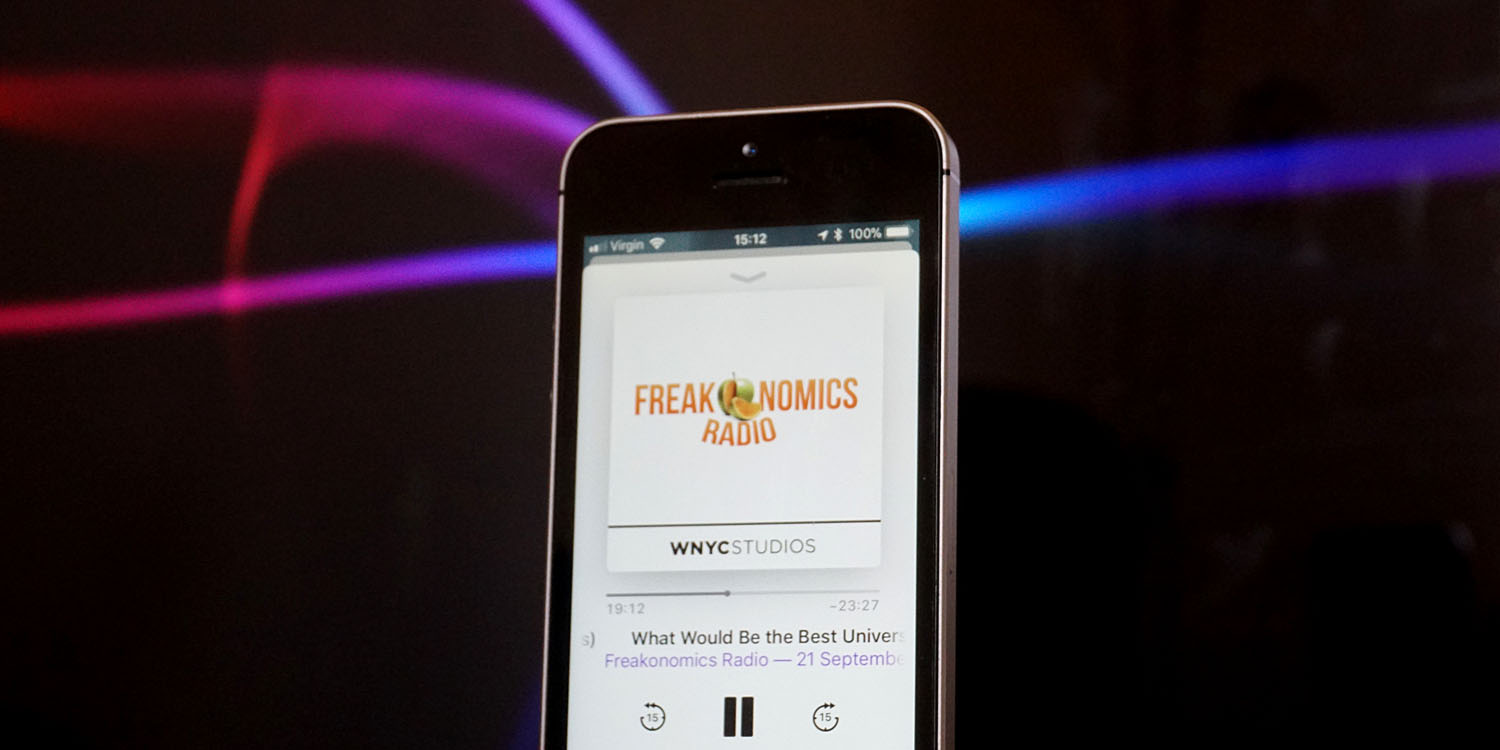 We’ve made quite a few feature requests, some of them for important things – like an option to automatically reply to text messages while driving, which Apple granted in iOS 11. Or for broader themes, like helping us with our personal goals.

Other times, we’ve asked for very small things, but ones we think would contribute to a better all-round experience when using our Apple products. Whether it’s multiple timers, identifying where Mac audio alerts are coming from or a way to transfer FaceTime calls between devices.

This request is so small it might seem too trivial to bother with, but it is an issue that annoys me on a regular basis …

I’m listening to something on my iPhone, typically while driving or walking, and an alert comes in. iOS then does something cute but annoying. To ensure that we don’t miss the alert, it reduces the audio volume for a few seconds and plays the alert sound in the middle of it.

With music, that’s no big deal. I might miss the singer hitting the high note, but I can live with that. But what’s far more annoying is when it happens during a podcast. Typically I’m going to miss about half a sentence to a sentence while the audio volume is reduced and the alert plays over the top of it.

Murphy’s Law of course says this will happen when a critical point is being made, and nothing discussed in the next ten minutes will make sense without the missing context.

When walking, it’s annoying to have to back up 15 seconds to replay the bit I’ve missed. It’s more irritating when driving, because I’m not going to take my eyes off the road long enough to do something so fiddly.

What I’d like is very simple: for my device to pause the audio, not just turn down the volume, when an alert comes in. Pause, play the alert, resume.

It’s not like iOS doesn’t know how to do this. The Apple Maps app does it when giving navigation instructions, for example. And iOS allows third-party developers to choose whether or not their alerts pause audio. I’d simply like to hand over that control to the user.

I know there are workarounds. I could, for example, use the Mute switch to silence all alerts, or I could put the phone into Do Not Disturb mode. But I don’t want to have to do this, I just want a simple toggle in Settings:

Actually, not quite all: my colleague Jordan reminded me that while iPhones pause audio during phone and FaceTime calls, Macs don’t. At least, only briefly – they resume audio when you answer the call. So let’s also have an option to pause audio on the Mac during a call.

Too persnickety a request, or is anyone else with me? Let us know in the comments.