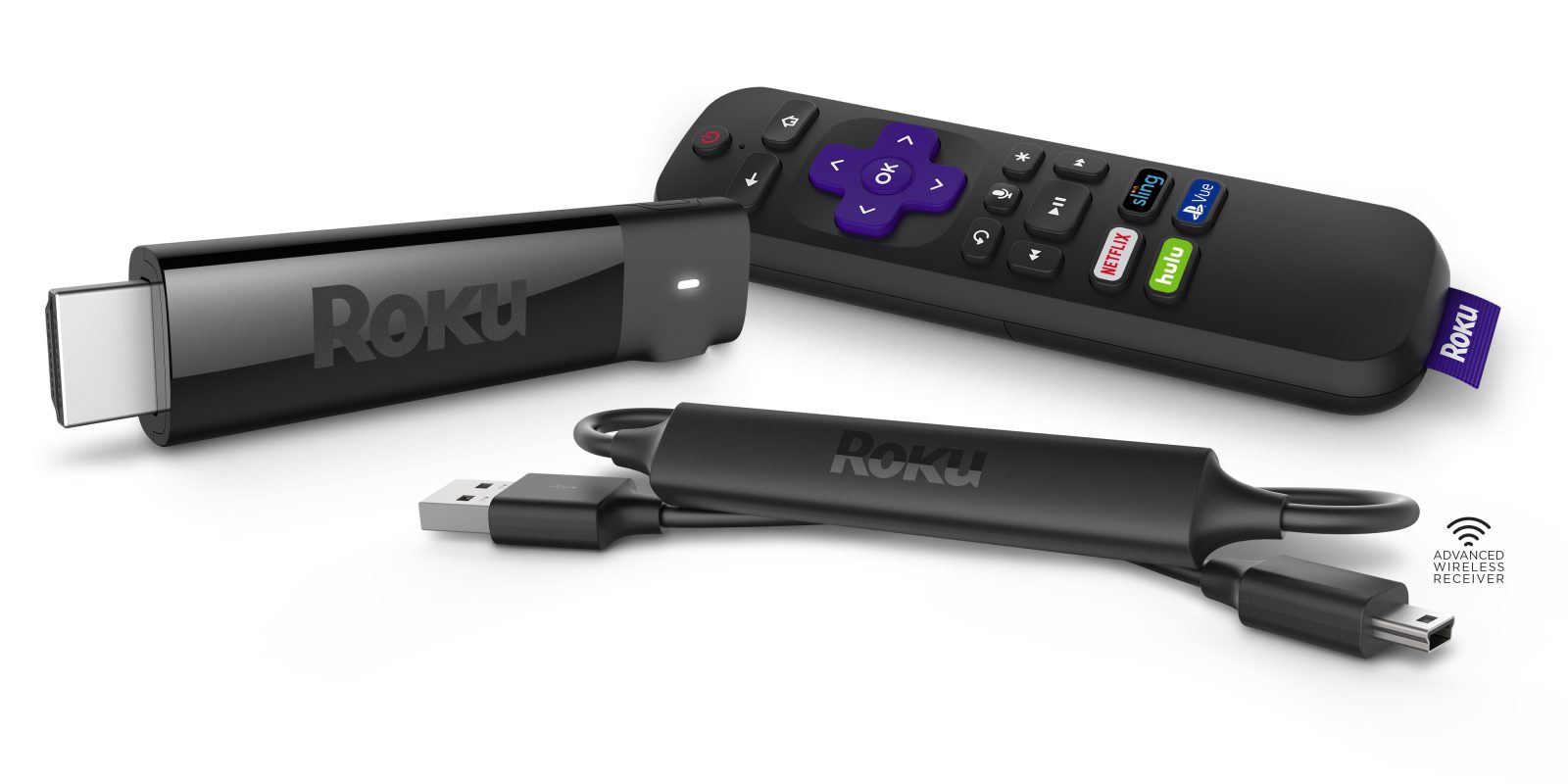 September delivered us a handful of new 4K streaming media players from Apple and Amazon both. Today, Roku is kicking off October with a fresh 4K streaming stick alongside a host of other set-top boxes. Roku typically updates its lineup in the fall and continued that trend following its successful IPO last week.

Along with today’s new releases, the top-of-the-line Roku Ultra is getting a fresh price drop along with the unveiling of OS 8. Full details just below.

Roku had been rumored to unveil a new 4K streaming media stick for some time. It’s no surprise that today’s announcement came quickly on the heels of last week’s Amazon event which delivered a new Fire TV.

The Roku Streaming Stick holds on to the familiar design we’ve seen in previous iterations, save for a new notification light. It officially supports 4K and HDR along with an impressive 400% Wi-Fi range improvement over the previous generation. The new Apple TV 4K has a more robust feature set and 64GB of memory, but many may find the price difference to be a major selling point.

Officially supporting 4K at 60fps, Roku’s latest matches the new Amazon Fire TV stick in many areas. Expect to pay $70 upfront for this dongle until the holiday season when we expect it to hit in the $50 range.

We’ve long thought of Roku as one of the industry standards in this product category, but with evolving TV software and more competition, the brand is in a fight for its life. Particularly, many TVs that can support both 4K and HDR content already include streaming services built-in. That makes Roku’s latest release a tough sell for many consumers.

Price-conscious shoppers will want to look at the new Express and Express+ streamers, which now retail for $30 and $50. These are the defacto “low-end” models in the lineup that ultimately lack some of the more lustworthy features of other units. But the price is perfect for adding smart functionality to any existing TVs in your home that lack Netflix, Hulu and others.

Today’s announcement also delivers a lower price on the 4K HDR Ultra Streaming Media Player. Now priced at $99.99, a $30 drop from its original MSRP, this set-top box offers exceptional value for those looking to truly upgrade to a powerful Ultra HD streaming experience. That price is all the more attractive considering that Apple is now charging upwards of $170 for a similar device, in terms of features.

All of today’s new Roku devices are available for pre-order and will begin shipping next week on October 8th.

“Our new streaming player line up provides performance, price and features to meet our users needs so they can sit back, relax and enjoy their TV viewing experience even more,” said Chas Smith, general manager of Roku TVs and players. “Consumers will love our new sleek Roku Streaming Stick+ with an innovative advanced wireless receiver that gives up to four times the wireless range and a remote that controls TV volume and power.  It makes 4K and HDR streaming simple.”

The Roku Express+ is great for classic TVs. It offers the same streaming experience, with options to connect via HDMI® or composite A/V ports (red/yellow/white jacks). $39.99 MSRP, exclusively at Walmart.

Roku Streaming Stick+ boasts exceptional wireless performance with its advanced wireless receiver that is innovatively built into the power cord. This new model offers up to four times the wireless range than the 2016 Roku Streaming Stick to minimize buffering. It combines brilliant 4K Ultra HD and HDR picture quality with the portability of the popular stick form factor. Great for HD, 4K and 4K HDR up to 60 frames per second (fps) streaming. Channels launch quickly to get to favorite shows fast. $69.99 MSRP

Roku Ultra: Our most powerful and feature-packed player offers our best wireless performance and can stream HD, 4K and 4K HDR with up to 60 fps. The Roku Ultra features an ethernet port for wired connectivity and a micro SD slot to help speed up streaming channel load times. With our new remote, consumers can power up and change volume on the TV, plus use voice to find favorite shows. There’s also a headphone jack for private listening and a remote finder button that helps locate lost remotes. New lower $99.99 MSRP.

The Roku platform provides streamers with access to 500,000 movies and TV episodes plus more than 5,000 channels. The Roku Channel, which launched just weeks ago, features hundreds of Hollywood hits and more with no fees, subscriptions or logins required.

Availability The new line of streaming players will be available for pre-order beginning today from Roku, Walmart, Best Buy, Amazon and other retailers; and is expected to be in stores around Oct. 8. Roku Express+ is available exclusively at Walmart beginning Oct. 8. Customers who purchase a new Roku player will receive a $10 Vudu credit towards a rental or purchase. Offer expires 10/31/17.

About Roku, Inc. Roku Inc. (NASDAQ: ROKU) pioneered streaming for the TV and aspires to power every TV in the world. As of the end of June 2017, Roku OS powered TV streaming for 15+ million monthly active accounts which streamed nearly 7 billion hours of video and music in the first half of 2017. Roku is known for streaming innovation and high customer engagement, offering content providers and video advertisers the best way to reach streaming audiences. Roku streaming players and Roku TV models are available in 10 countries through direct retail sales and licensing arrangements with TV OEMs and service operators. The company was founded by Anthony Wood, inventor of the DVR. Roku is headquartered in Los Gatos, Calif. U.S.