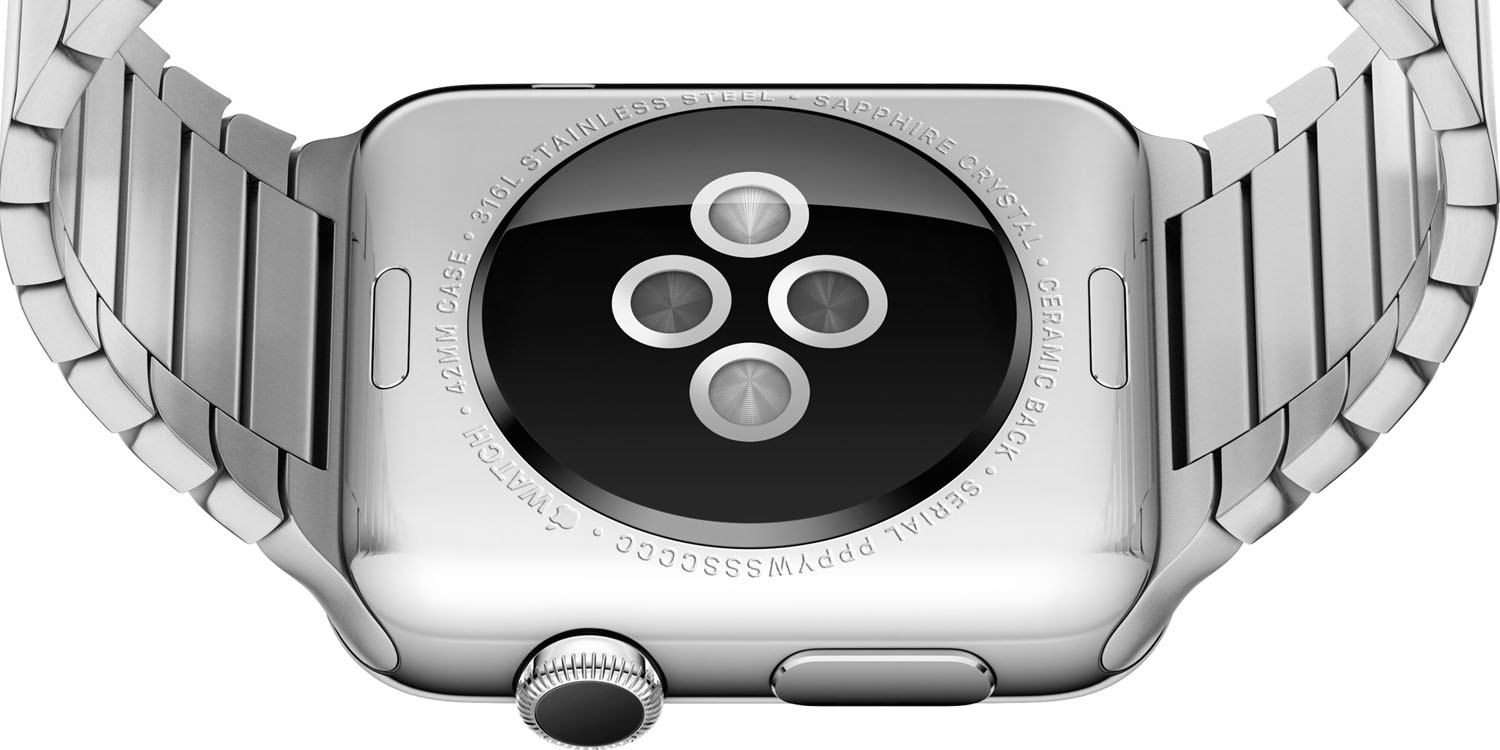 Anyone who’s ever had a blood pressure test will know that it normally involves an inflatable cuff that squeezes your arm until it cuts off circulation, then gradually deflates it, measuring the point at which circulation first resumes and then returns to normal.

The basic idea is that if you can detect a heartbeat, and then detect the pulse created by it at your wrist, you can time how long it takes to get from your heart to your wrist. This is known as the pulse transit time (PTT), and can be used to calculate blood pressure.

The accelerometer would, when held against your chest, detect the heartbeat, and the existing heart-rate sensor would detect your pulse.

The patent notes that high blood pressure is a major risk factor for cardiovascular disease, and that the earlier it is detected, the more likely it is that measures can be taken to prevent damage. Routine monitoring would increase the chances of early detection.

Back in 2015, Apple CEO Tim Cook indicated that Apple was wary of including too many health-related sensors in the Watch itself, as the slow process of achieving FDA approval could hamper the pace of development. For example, the company even appears to have decided not to use the heart-rate monitor to measure oxygen saturation even though it contains the necessary hardware.

However, earlier this year the FDA said that it was aiming to streamline innovation of digital health and medical technology through a new approach to regulating devices.