PSA: A new phishing attack could trick you into giving away your Apple ID password 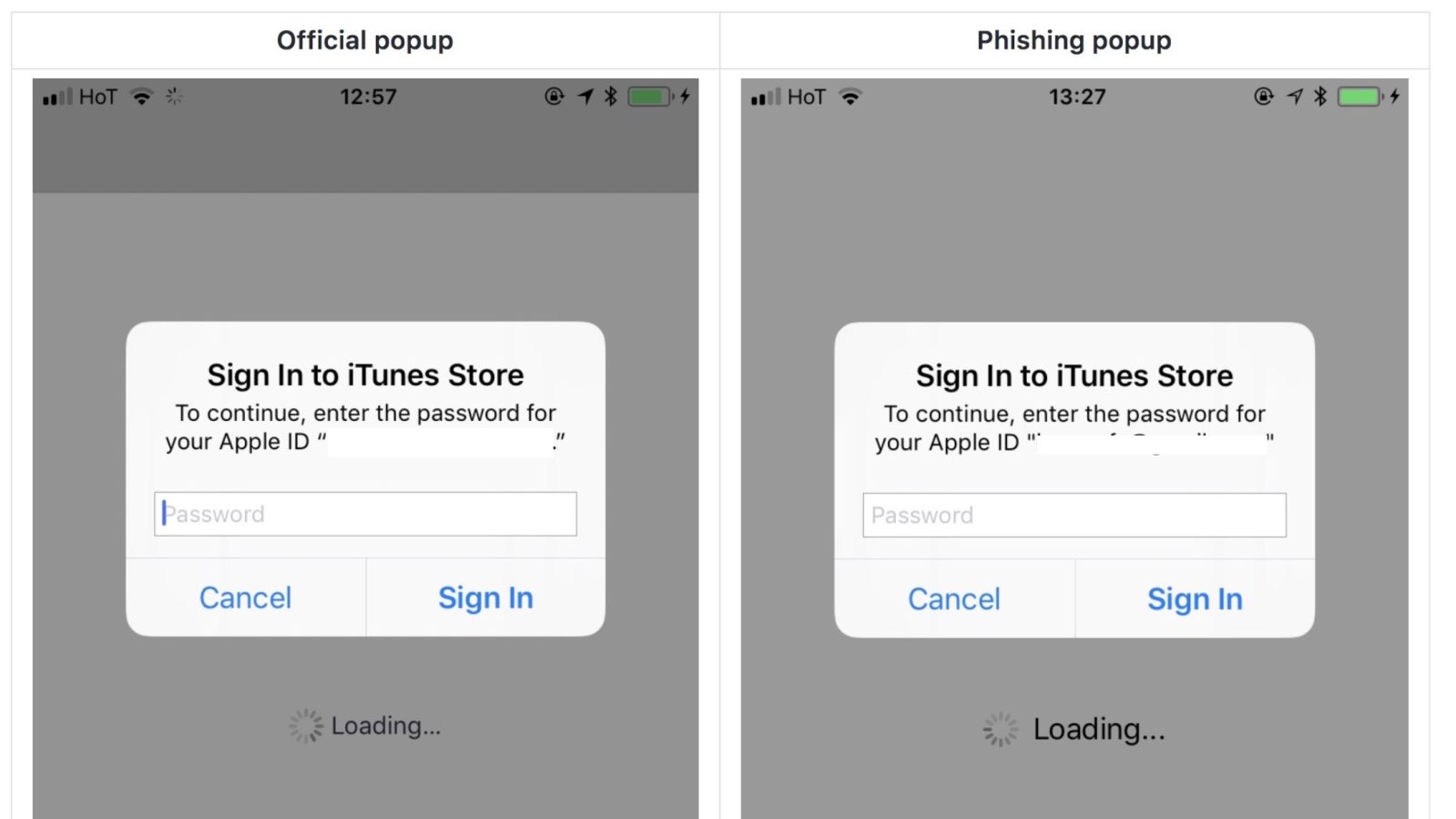 If you’ve used an iOS device at all, you’ve almost certainly been presented with the above popup asking you to enter your Apple ID password. It often appears within the App Store and iTunes Store, but it also has a tendency to randomly popup from time to time due to something running in the background.

A new blog post from developer Felix Krause, however, explains how that popup could be used to easily trick someone into handing over their Apple ID and password…

The developer explains it is incredibly easy for an iOS app maker to recreate the Apple ID password prompt. From there, the app could send that popup and subsequently log the Apple ID and password. It takes less than 30 lines of code and could seemingly be dropped in any legitimate iOS app and sneak past App Store review teams.

Showing a dialog that looks just like a system popup is super easy, there is no magic or secret code involved, it’s literally the examples provided in the Apple docs, with a custom text.

I decided not to open source the actual popup code, however, note that it’s less than 30 lines of code and every iOS engineer will be able to quickly build their own phishing code.

Krause notes how this has been a big problem on desktop browsers for years, with illegitimate websites sending fake popups that are nearly identical to normal system notifications. It’s largely the same for iOS as well. He says he’s already filed this issue as a radar with Apple and explains that it could be fixed by Apple not allowing passwords to be entered in popups, but rather only in the Settings app/App Store.

As for how you can protect yourself, Krause outlines the following steps:

You can read Krause’s full explanation of this phishing method on his blog right here.