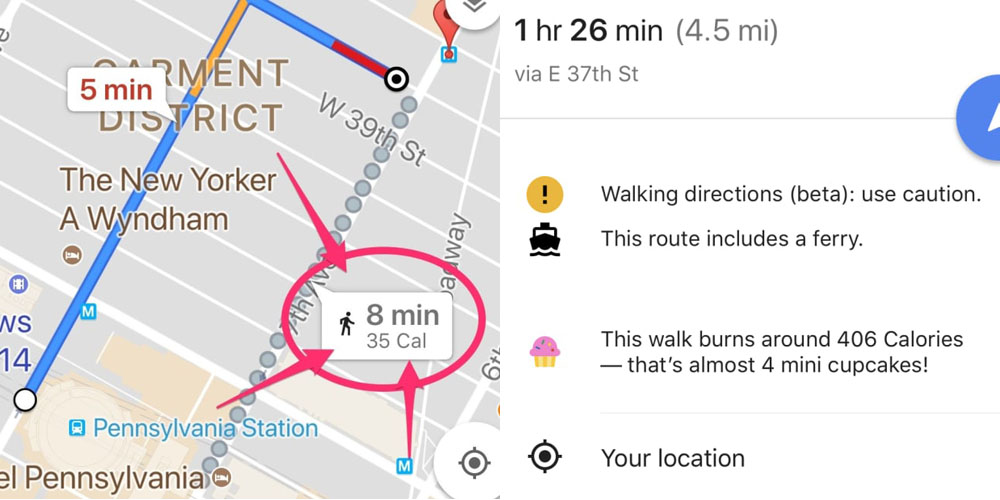 There can’t be many occasions on which a huge tech company has added a new feature to an app – then removed it just 24 hours later after user kickback.

But that’s exactly what’s just happened with an update to the iPhone version of Google Maps. And of all the unlikely things that feature could be, it’s a cupcake …

In an apparent effort to encourage people to walk rather than drive, Google Maps started showing alternative walking directions when short driving directions were requested, complete with a note on how many calories you’d burn during the walk.

But it was a secondary feature in the walking directions that led to the controversy: in addition to displaying the calories burned, it converted them to mini cupcakes.

The reasoning was that calories are an abstract number to many people, and displaying them as cupcake equivalents would make the number more meaningful. But not everyone saw it as a helpful move, as Buzzfeed notes.

And although this new Maps feature might sound similar to how some restaurants are required to show calorie counts on menus, this is more aggressive. It doesn’t just show you the calorie count of the potential walk, it shows you what it amounts to in junk food – and in cupcakes, a type of food that is particularly associated with women.

In particular, users objected to the fact that there was no way to turn off the feature.

Google responded by telling Buzzfeed that it was only a test feature, not rolled out to everyone, and is being removed by the end of the day.