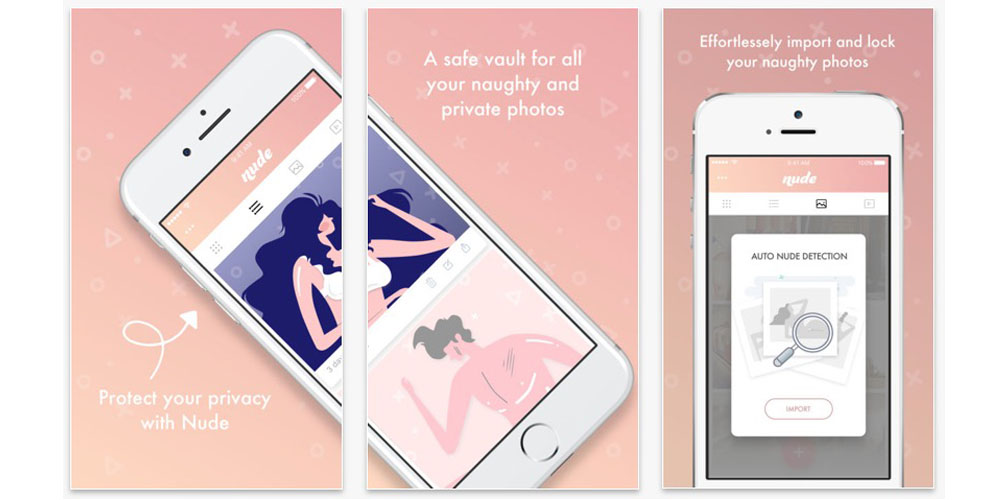 The celebrity nude ‘hack’ back in 2014 focused attention on the risks involved in having intimate photographs stored on your phone – and especially on cloud servers like iCloud. While our suspicions were correct that it wasn’t a hack at all, it did illustrate that poor security can put photos at risk.

A new app aims to automatically scan your iPhone for nudes, moving them to a protected vault in the app and then deleting them from both the camera roll and iCloud …

The Verge wryly notes that the two developers had the same response from most people when they first presented the app.

Jessica Chiu and Y.C. Chen, who built the app together with a small team, said they received constant inquiries when promoting the app at the recent TechCrunch Disrupt conference. “Everyone said, ‘Oh I don’t have nudes — but can you tell me more?’”

The impetus for its development came from Chiu speaking with Hollywood actresses as part of a movie project.

Each had sensitive images on their phones or laptop, she said, and expressed doubts about how to keep them secure. When Chiu returned to Berkeley, friends would pass her their phones to look at recent photos they had taken, and she would inevitably swipe too far and see nudity.

Of course, there’s little point in developing an app to keep nude photos out of the cloud if you need to use an online server to detect them, which is why Apple’s CoreML framework was key.

Crucially, the images on your device are never sent to Nude itself. This is possible thanks to CoreML, the machine learning framework Apple introduced with iOS 11. These libraries allow developers to do machine learning-intensive tasks such as image recognition on the device itself, without transmitting the image to a server.

Nude is a free download from the App Store, but requires a $0.99/month in-app purchase.