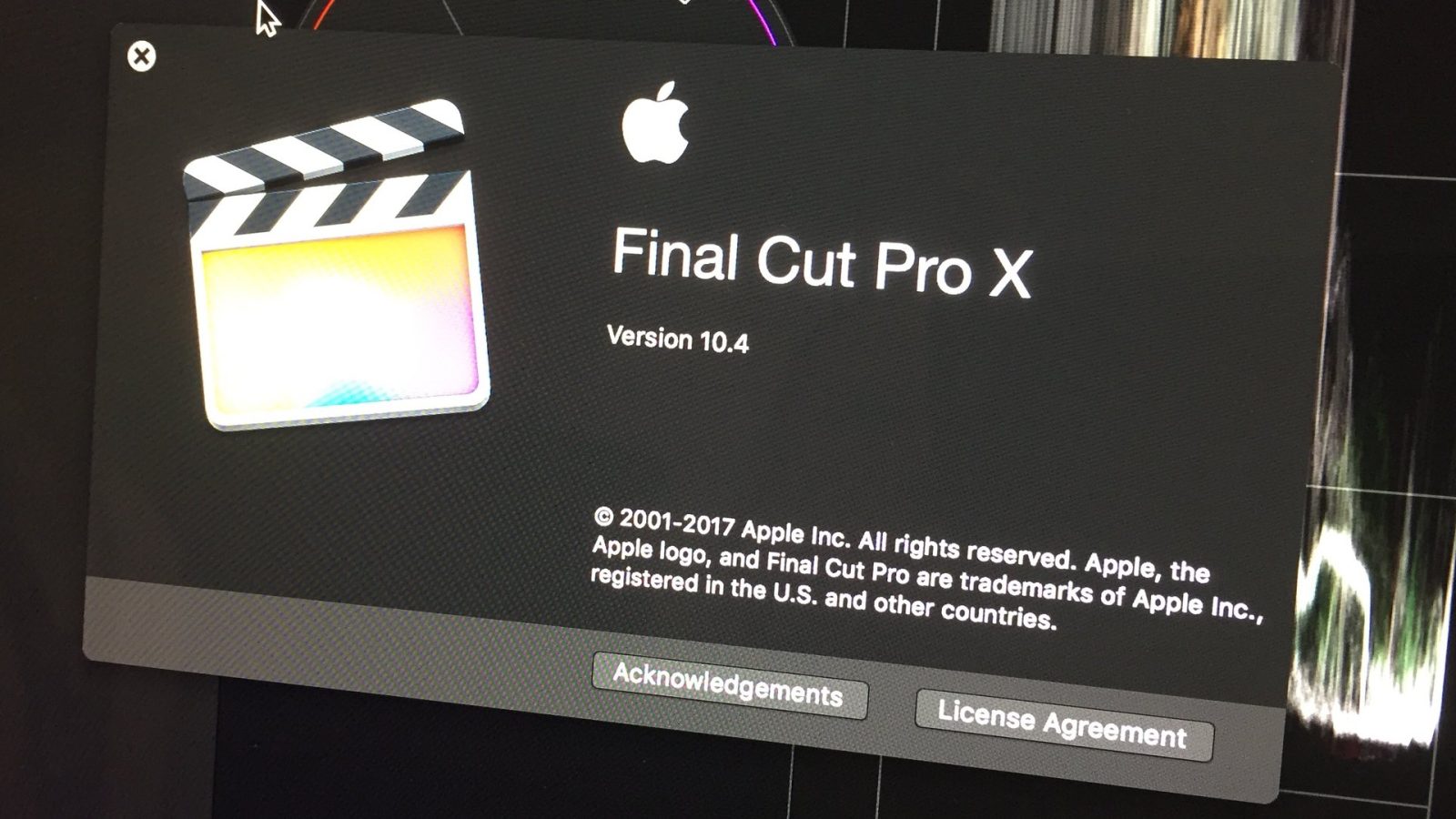 Today was the first day of the third-annual Final Cut Pro X Creative Summit in Cupertino, CA. The event is geared towards professional video editors using Final Cut Pro X. Talks, demonstrations, along with a visit to the Apple campus is involved. There’s also communication with the product team behind the popular NLE.

The first day of the event started off with quite a bang, as Apple took the wraps off of the next big edition of Final Cut Pro X, version 10.4. Although there is no designated date for release, the update will be pushed sometime before year’s end and includes enhanced color tools, support for VR and HDR workflows, custom LUTs, HEVC, and lots more.

Those in attendance got a first hand look at some of the new features in Final Cut Pro X, and images from the event, with Apple’s permission, are being posted to Twitter.

Based off of photos, and several first-hand accounts, here are some of the enhancements and features that you can expect from the new version of Final Cut Pro X:

Alex Gollner from Alex4D posted a wealth of information to Twitter about his experience. He notes that Apple demonstrated Final Cut Pro X 10.4 on a new iMac Pro driving an 8K timeline:

Apple haven't said when the new version of Final Cut Pro X will be released. They showed it using an #8K timeline running on an iMac Pro https://t.co/3GWjAKAZr7

#vr video in the next version of Final Cut Pro X #fcpx at Apple today pic.twitter.com/mTeXee1CXm

Open an #4K HEVC timeline shot on an iPhone 8 and edited in iOS will open in next version of Final Cut Pro X. Today at Apple #fcpx pic.twitter.com/LLXBoVxelN

Peter Wiggins, who is behind the excellent Final Cut Pro resource FCP.co, was in attendance, and tweeted about some of the new features. I also encourage you to read his full roundup of everything announced today.

FCPX.TV’s Richard Taylor also shared some information about the much-anticipated update via Twitter.

#FCPX 10.4 has been announced and will be available this year! pic.twitter.com/L5PObr0rnP

Needless to say, version 10.4 is shaping up to be the biggest update in the history of Final Cut Pro X. The Creative Summit goes on until the 29th, and we’ll be sure to update this post with any additional features that we learn about.