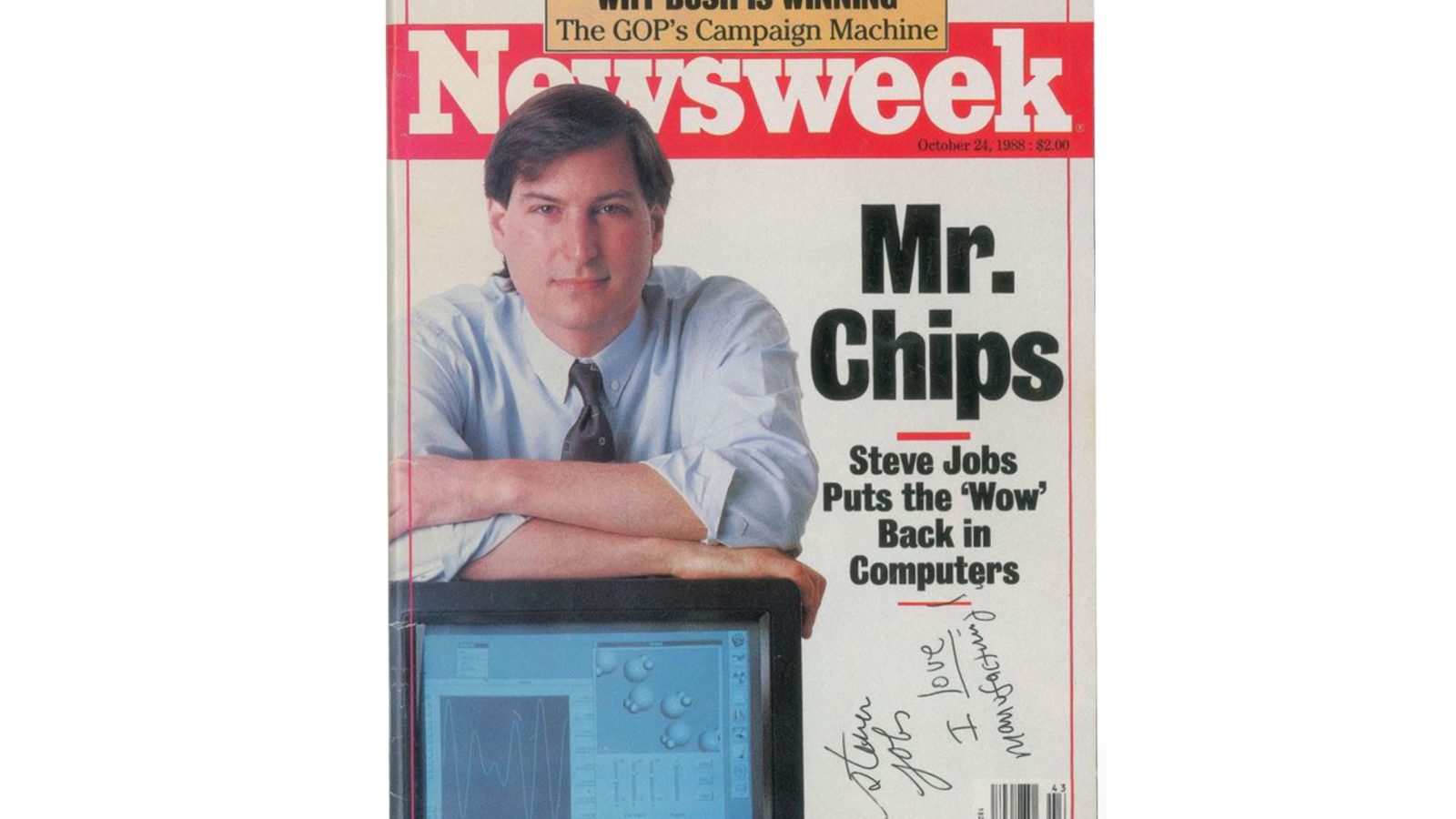 A Newsweek magazine signed by Steve Jobs fetched far more than initial expectations at an auction this week. According to a report from CNET, the 1988 magazine was originally expected to go for between $10,000 and $15,000, but ultimately brought in $50,587. Meanwhile, Jobs’ BMW Z8 is predicted to fetch between $300,00 and $400,000 at auction in December…

What’s arguably more interesting than the auction price itself is the story behind the magazine. Diane Williams of Escondido, California met Jobs back in October of 1988 while working as a senior buyer for software company Lotus Development. She was attending the unveiling of the NeXT computer when she met Jobs.After the event, Williams approached Jobs and asked him to to sign her copy of Newsweek with him on the cover. “Steve Jobs puts the ‘wow’ back in computers,” the magazine cover read.

Jobs responded to Williams, however, and said, “I don’t do autographs.” From there, Williams then asked the Apple cofounder to “write something from your heart then.” Jobs preceded to to write “I love manufacturing” on the cover and then signed his name.

In an interview with CNET, Williams remarked that it was “like time stood still” while she was talking to Jobs. On the decision to auction it, Williams explained that she wants the magazine to be be put on display for others to see:

“Never in my wildest dreams did I ever imagine that I would let it go. But it needs to be let go,” she said. “I hope that it’s going to be an organization or an institution that puts it on display for others to be able to see.”

“It needs to be honored [through the purchase],” she said. Plus, she quipped, “Nothing’s free — especially what they charge.”

In the past, autographs from Jobs have gone for anywhere from $19,600 and $40,000. The story behind the Newsweek magazine combined with the “I love manufacturing” anecdote are what ultimately led to the $50,587 price in this auction. It’s unclear what the future holds for the magazine at this point, though. The winner was an anonymous collector from Chicago.

In other news, if you’re still itching to get your hands on some Jobs memorabilia and have some cash to spend, Steve Jobs’ iconic BMW Z8 will go up for auction in December through a New York-based firm. The car is expected to bring in between $300,000 and $400,000.