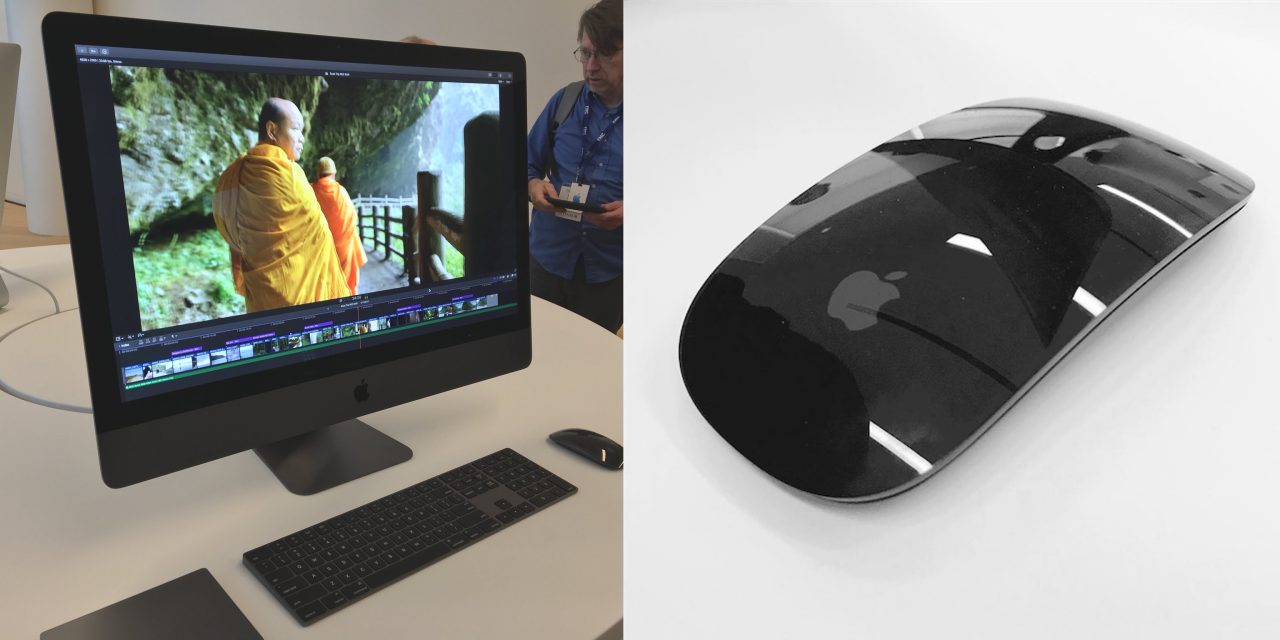 Apple took an iMac Pro to the Final Cut Pro X Creative Summit to demo its power to the professional video editors attending the conference. Whilst we still don’t know exactly when the computer will be available, Apple has promised a December launch and photos of the iMac Pro in the flesh certainly help to build the hype.

Gallery of photos after the break …

The conference attendees were allowed to share photos of the unit, so we can see the Space Gray iMac chassis and its exclusive accessories in their full glory since the WWDC unveiling.

The iMac Pro shares the same external chassis as the consumer iMacs, with an exclusive color for the aluminium and bundled accessories to distinguish it from the pack as the ‘Pro’ product.

Apple has said that the Space Gray Magic Keyboard, Magic Trackpad and Magic Mouse are only available with the iMac Pro … but many of us are hoping they don’t stay as exclusives forever.

Many people believe the iMac Pro was set to replace the Mac Pro line entirely until Apple changed course publicly earlier in the year. As such, the iMac Pro features workstation internals with up to 18 core Xeon CPUs, AMD Radeon Vega Pro GPUs, up to 128 GB ECC RAM, 10 gigabit Ethernet and more.

The iMac Pro will start at $5,000 and is set to be released before the end of the year. We are anticipating an Apple press release soon to announce a firm release date in the December timeframe.