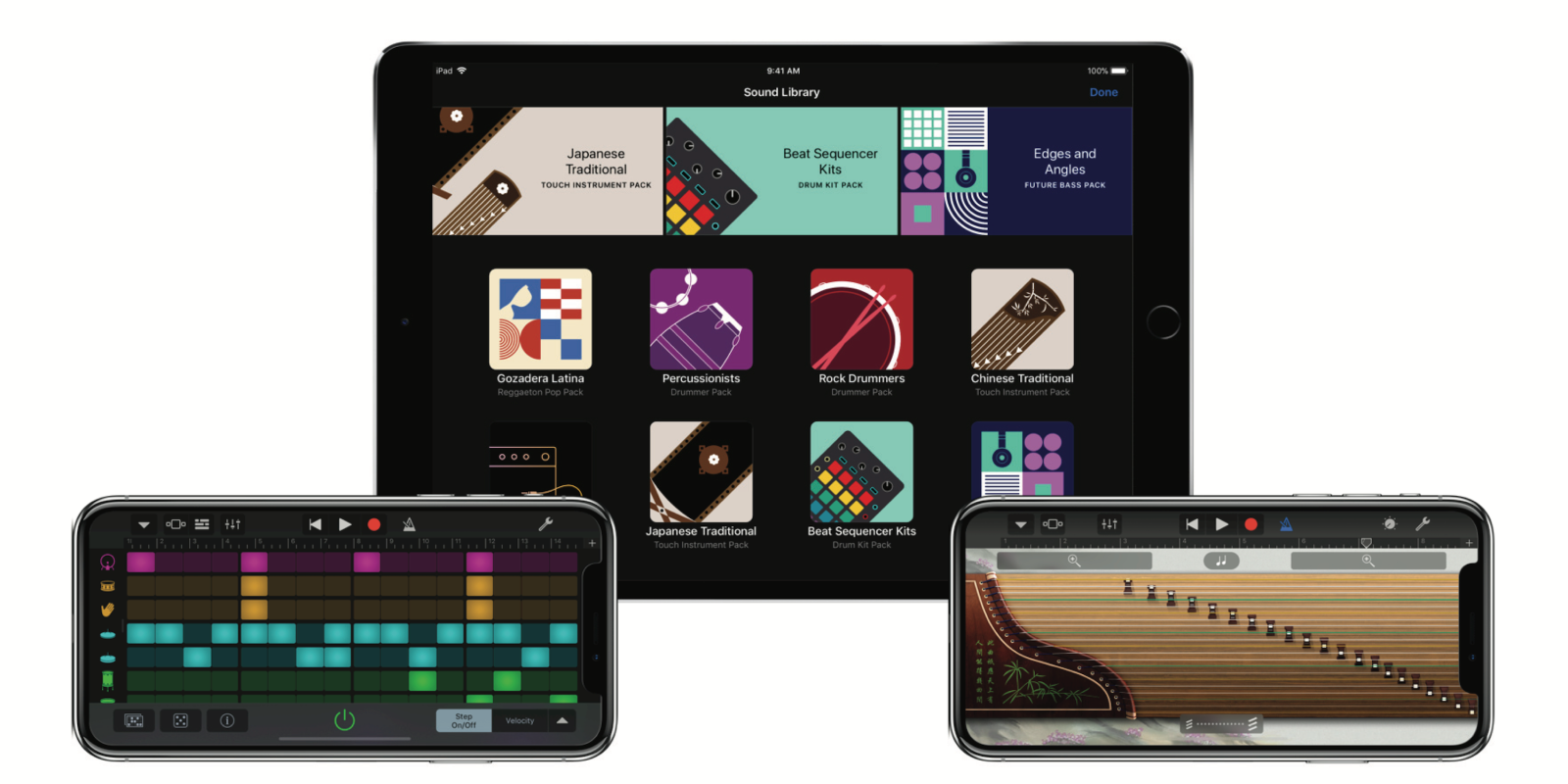 We are getting a major update to Apple’s free iOS music production suite today. GarageBand was already considered to be one of, if not the best, DAW’s available to mobile music makers, and now it’s getting even better. With today’s update, Apple is focusing almost solely on content and we couldn’t be happier. While there are enhancements and minor improvements across the board here, it’s all about new sounds, instruments, beat creation and making sure it all fits perfectly on the edge-to-edge iPhone X Super Retina display.

We’ve had some time to play with all the new features as well as some hands-on time with the new Moog Model 15 synth AU integration. Head below for more details on everything new to GarageBand 2.3 for iOS…

We can essentially break down today’s update into 4 main parts: the new Sound Library, Touch Instruments, Drummers and the Beat Sequencer.

Apple has a brand new Sound Library for iOS GarageBand users with today’s update (pictured on the iPad in the image above). As you might expect, this is where you’ll find all the new content add-ons, which come in what you might consider themed bundles.

Apple wanted to make the Sound Library because they always get requests for more and more sounds and content packs, but they want to also be respectful of new users and keep the download size of the main app from getting too bloated. This will allow them to add a ton of new content for users throughout the year between major updates, without increasing the size of the stock GarageBand app on the App Store.

You’ll find sound packs of content consisting of everything from drum kits and Apple Loops, to completely new Touch Instruments and various presets. All for free. There are audio previews available so you can check them out before downloading and you can use the Sound Library to remove, delete and re-download a given sound pack at any time. The UI for the library borrows from Apple’s other apps and will be very familiar to App Store/iTunes users.

For all the bass-heads and electronic music makers out there, Best Sequencer is here. I always felt GarageBand (and even Logic to some degree or other) should have a very basic, grid-based drum sequencer and now it does. And in my short time with the feature, it turns out to be a very good one that clearly takes cues from some of the classic drum machines and sequencers. Using a very easy-to-use grid, you can create looping drum patterns in a matter of seconds with a customized set of drum sounds. You can just as easily program in velocities for each note, but there are also “Repeat” and “Chance” FX available on a step-by-step basis, effectively turning the basic Beat Sequencer into a full-on glitch machine.

The feature taps into all of Apple’s stock drummer and drum kit patches, but you can also hit up the new Sound Library for 10 additional kits you can use in Beat Sequencer.

As we mentioned above we are getting some new Touch Instruments for GarageBand on iOS you’ll find conveniently placed inside the new Sound Library. More specifically a trio of multi-touch instruments in the form of a Japanese Koto and a Taiko drum kit as well as an “authentic” Chinese Guzheng join the lineup in this release. All three of which sounded quite nice to me, particularly when it came to making use of the touch interface with gestural strums and things of that nature on the stringed instruments. Just remember they are by default running in their traditional pentatonic tunings, so you might need to tap the scales menu to grab something more suitable for your project. 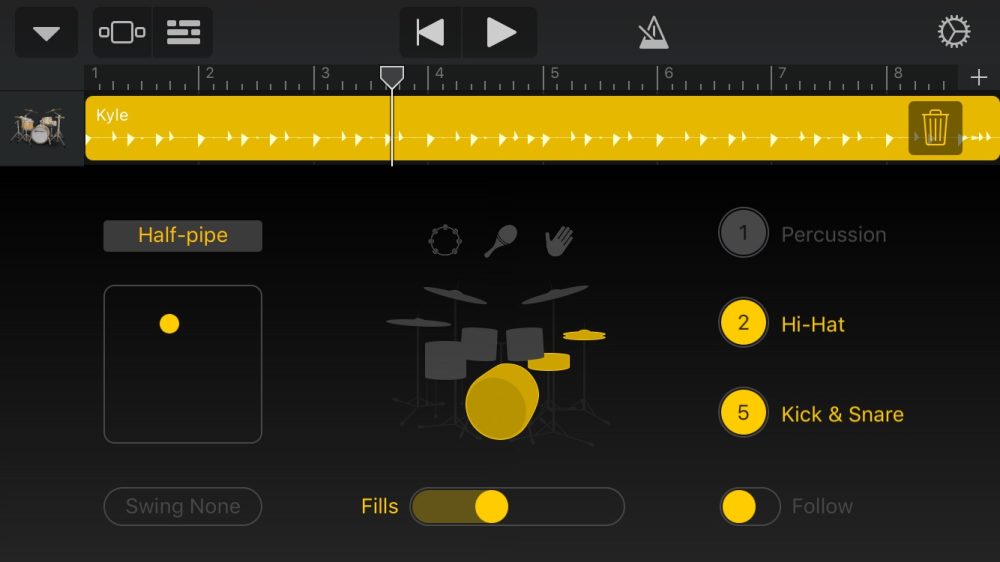 GarageBand for iOS is now getting the three new Drummers the Mac version got back in the summer. Those being Pop, Songwriter, and Latin-based percussion grooves along with 3 new corresponding kits: Studio, Latin and Coffee Shop. Once again, just pop into the new Sound Library to download them all from the Percussionists pack.

We also got to test run the new Moog Model 15 synth AU for GarageBand on iOS. As amazing as Inter-app audio and MIDI can be, there’s nothing like being able to load up high quality third-party instruments and gear directly into your DAW of choice. GarageBand was already great, but it is clearly getting better and better by the day.