Apple releases iOS 11.1.1 for iPhone and iPad with ‘i’ autocorrect fix 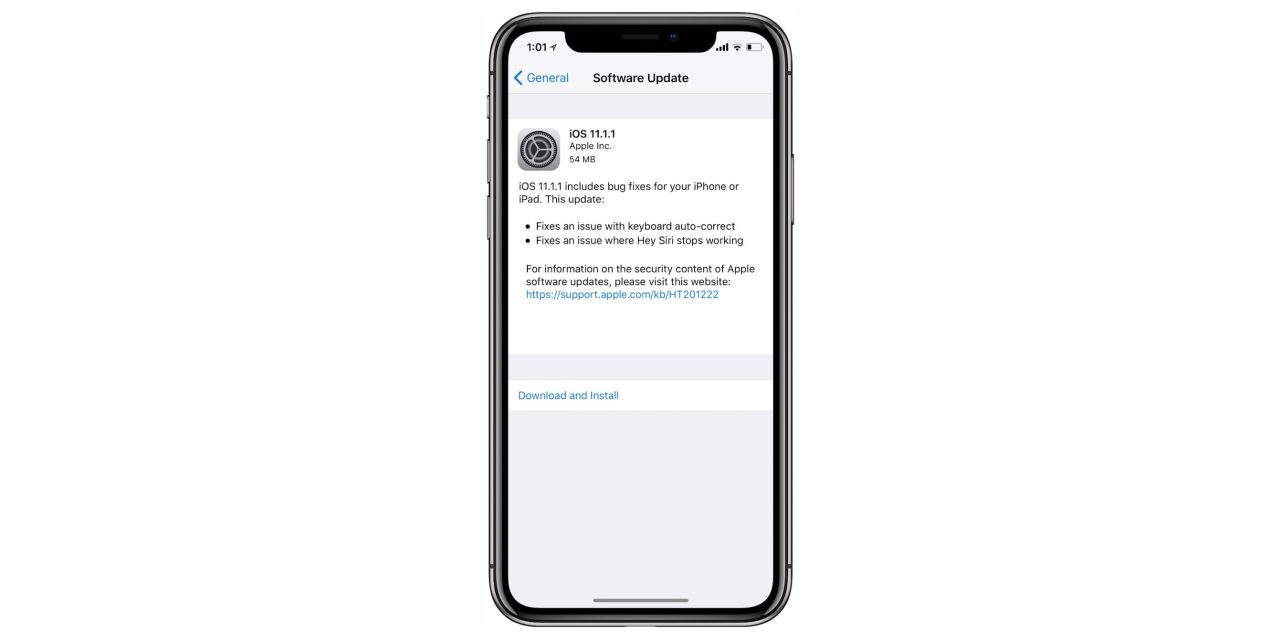 Apple has released iOS 11.1.1 for all iPhone and iPad customers. The latest software update includes bug fixes and improvements including a fix for the notorious ‘i’ autocorrect bug that resulted in an A and [?] character appearing.

Users can find the update available through the Settings app under General and Software Updates. The fix has already been available for developer and public beta testers running iOS 11.2 beta.

Apple previously asked customers to create a text replacement workaround for the ‘i’ autocorrect bug as a temporary fix. With iOS 11.1.1 and later, the workaround solution is no longer required.

iOS 11.1.1 includes bug fixes for your iPhone or iPad. This update: