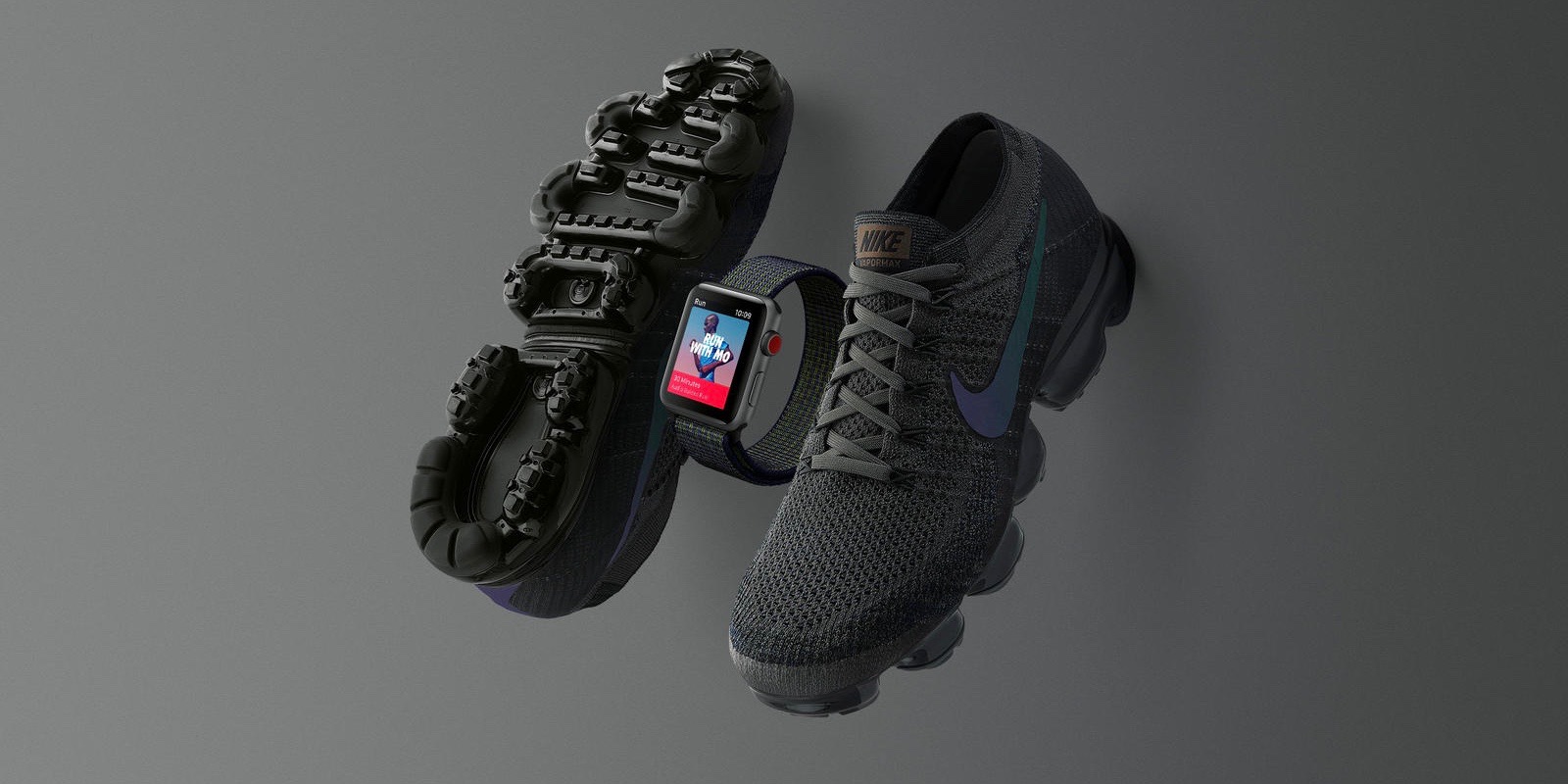 Nike is releasing a version of Apple Watch Series 3 with LTE that features a new band color that will color match an upcoming version of the company’s Air Vapormax running shoes.

This is second time Nike and Apple have marketed special edition colors together for Apple Watch and Air Vapormax.

Nike similarly offered a special collection of Apple Watch models released with matching Air Vapormax Flyknit shoes earlier this summer. Apple now sells the Day to Night collection Sport bands as standalone options, but the black Sport Loop band is the closest option to Midnight Fog from Apple for now. Apple Watch Nike+ works with Nike+ Run Club as well, but you can install the app on any Apple Watch to access the same features.