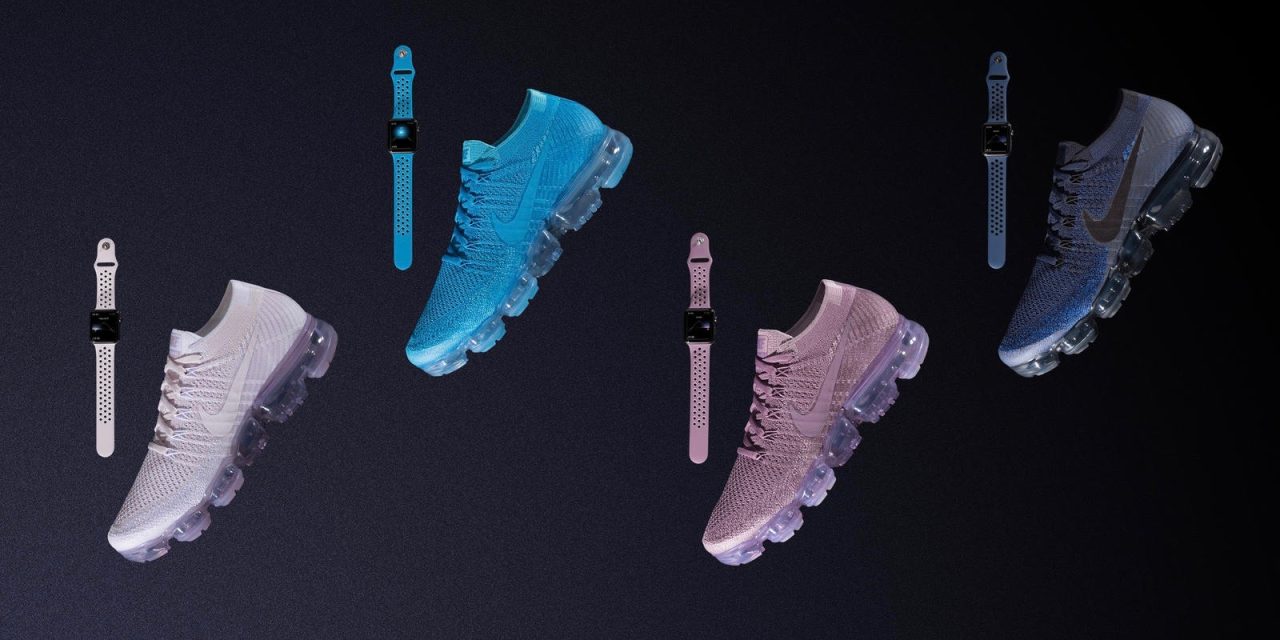 Nike’s new Day to Night collection of Air VaporMax Flyknit shoes launches next Thursday on June 1 at 10 am for $190 each, and Nike announced the new color-matching Nike Sport Bands for Apple Watch to promote the new collection today.

Nike says the new colors will launch alongside the new shoe collection on June 1 with each band retailing for the standard $49 price on nike.com and select Nike stores. The new bands will show up at Apple Stores including apple.com later in June.

Nike only started selling standalone versions of their unique Nike Sport Bands for Apple Watch earlier this year, and the Light Bone version that ships with the Apple Watch NikeLab is not sold separately. 9to5Toys has also reviewed look-alike bands that match the style of the Nike Sport Band for less money.

Check out 9to5Mac on YouTube for more Apple Watch news!