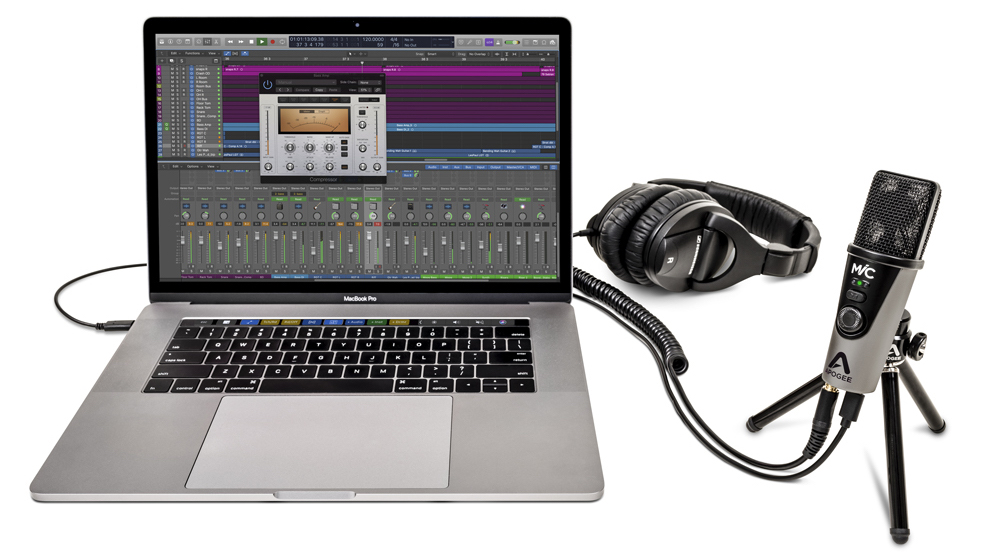 Today, Apogee is announcing the brand new MiC+ for iPad, iPhone, Mac, and PC, along with the official price and release date…

Since the mid-80s, Apogee has been creating award-winning audio-to-digital converters and interfaces for some of the best recording studios on the planet. So when it decided to bring its expertise to the portable production world some years ago, it was an exciting proposition for producers everywhere. Back in 2011 it introduced us to the first of its all-in-one USB microphone/interface hybrids and has steadily made top ten lists ever since. The once current generation Apogee MiC 96k for iOS, Mac, and Windows devices has made our top picks lists for a while now, but it’s time for a new player to enter the fray.

USB/Lightning microphones can be tough. They offer a level of portability a typical XLR mic cannot, but rarely bring the same level of sound quality. That’s why Apogee’s somewhat pricier MiC option has always been a top contender when it comes to getting top-notch audio on-the-go.

While we have already rounded-up our favorite microphones options for iOS and Mac users for 2017, it’s hard to imagine the new MiC+ not finding a place on next year’s list, never mind our upcoming gift guides.

One thing is for sure. Apogee certainly didn’t skimp out on the specs here. Along with the pro-level cardioid condenser microphone capsule, it has the company’s world renowned analog-to-digital conversion built-in supporting up to 24-bit/96kHz recording resolutions. Another reason you might want to fork over the extra cash for an Apogee mic would be the digitally controlled built-in mic pre-amp with 46dB of pre-amp gain.

Apogee says “your listeners will never know that you are recording with a portable USB microphone.” While that may not be the case 100% of the time, you will certainly fool most people if the previous generation mic I have sitting on my recording desk is any indication.

As expected, the designed in California and built in the U.S.A mic will feature an on-board headphone output. It has one of those handy blend features to ensure you have no-latency playback/monitoring while you’re laying tracks down.

From what we can tell so far, this thing is just as portable as the previous generation model, and as versatile when it comes to compatibility. With the included Lightning, USB (Type-C) and USB (Type-A) cables, it will work with your iPhone, iPad, and Mac right out of the box (iOS 9 or later, macOS 10.9 or later).

We are seeing a slight bit of an up charge on the new model coming in with a $249.99 MSRP. The previous gen model still goes for $230 and almost never goes on sale. But you are getting the full package with the included cables as well a desktop tripod stand and a microphone stand adapter. Pre-orders are up now at Apogee with a scheduled November 15th release date. It will be available at Apple Stores and authorized dealers as well.

You’ll also want to make sure you check out our various 2017 Best of Music Production round-ups: