Apple is apparently well underway in developing its own in-house power management chips for its iPhone models. Today, the integrated circuitry for power management is designed by Dialog, a UK company. Nikkei is reporting that Apple wants to use its own custom chips as soon as next year, meaning they could feature in some 2018 iPhones but the timeframe is not locked down.

Apple has systematically taken on more silicon design in the last few years, ranging from its own A-series CPUs and GPUs found in iPhones and iPads, Apple Watch system-in-a-package and more.

It seems the next frontier for Apple’s in-house chip design will be in the realm of batteries and power consumption. The Nikkei report says Apple’s power management chip ‘would be the most advanced in the industry’.

Apple may be able to eke out extra hours of battery life for iPhones by handling tasks more efficiently.

Apple told UK-based Imagination Technologies that it would stop licensing its GPU designs earlier this year. The A11 chip includes a GPU designed wholly by Apple. The company’s stock tumbled more than 70% in a single day.

Parallels can be drawn here. Dialog is a UK manufacturer that currently designs the power management chips for iPhones. If this report is true, Apple would no longer need to pay royalties to Dialog.

On the back of the news, Dialog stock has already fallen by 15% today. The difference between the two is that the Dialog bleak outlook is still fuelled by rumors rather than fact; neither Apple nor Dialog have officially said that their relationship will be changing. 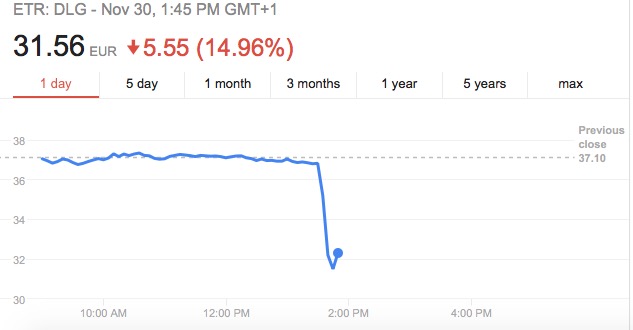 An analyst report from earlier this year indicated that Apple would launch its own PMIC in 2019, apparently hiring many of Dialog’s engineers.

As with the A11, A10 and other Apple-designed chips, the power management chip would be manufactured by TSMC according to Apple’s design specifications.