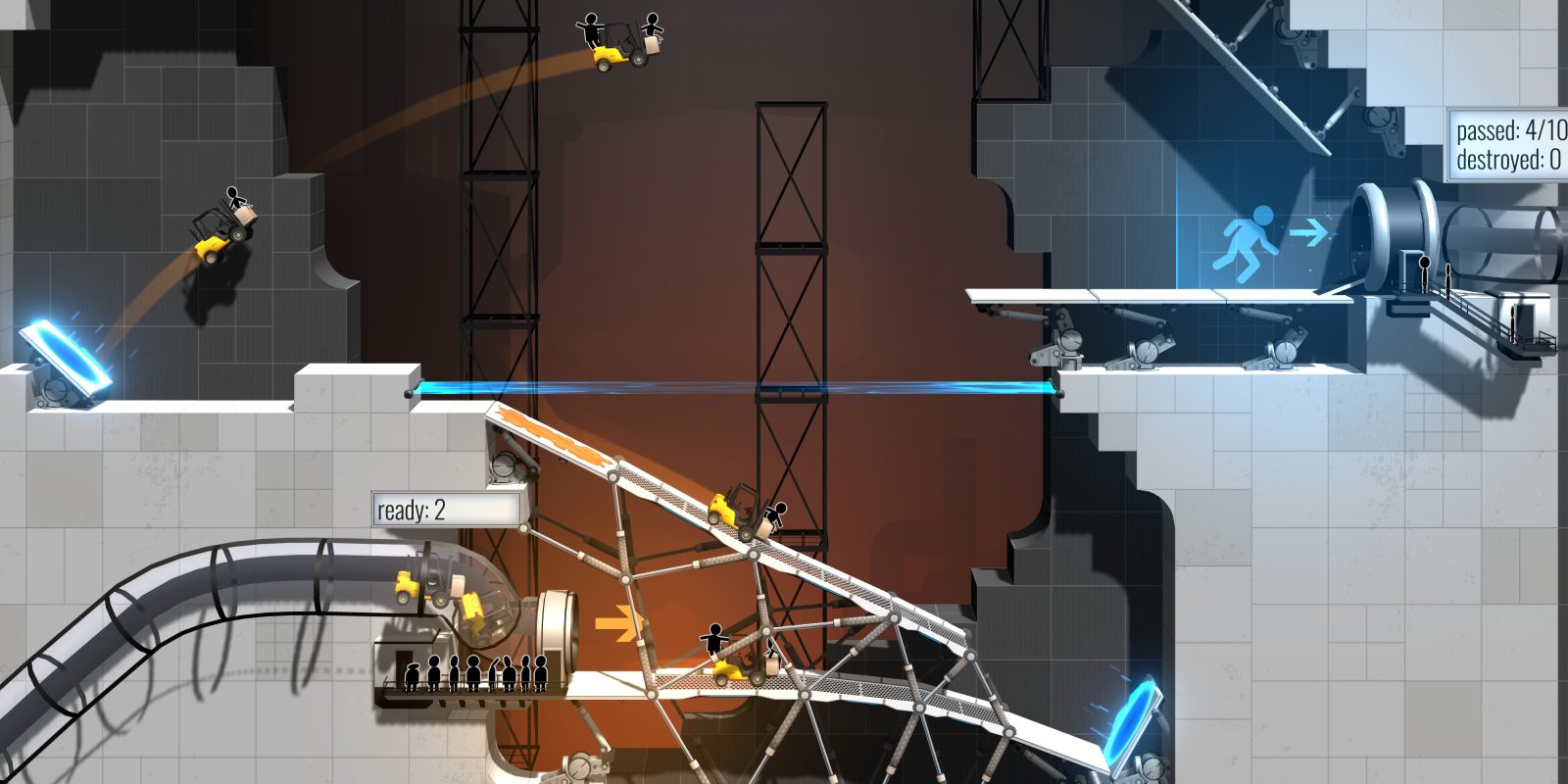 Portal is a beloved gaming franchise for many, and while fans still want a proper sequel to the game’s last release, it’s probably not happening anytime soon. Luckily, Portal is making a return, but by means of Bridge Constructor.

Valve, makers of Portal and Half-Life, today announced a partnership with Headsup Games and Clockstone Software to develop “Bridge Constructor Portal.” The licensed expansion of the Portal series pulls the design characters from those popular games into brand new gameplay set in the world of Aperture Laboratories.

Typical Bridge Constructor games are already pretty fun, but with Portal elements at play, players will have portals, repulsion and propulsion gels, and GLaDOS making things is all the more interesting.

Bridge Constructor Portal will blend the laws of structural engineering and technology straight from Aperture Laboratories into an exciting new game experience, all under the demanding gaze of GLaDOS.

“Bridge Constructor Portal” debuts on iOS and macOS later this month on December 20th. That same day, it will also be available on Android, Windows, and Linux. For console players, the game will arrive early next year on Xbox One, PlayStation 4, and the Nintendo Switch.