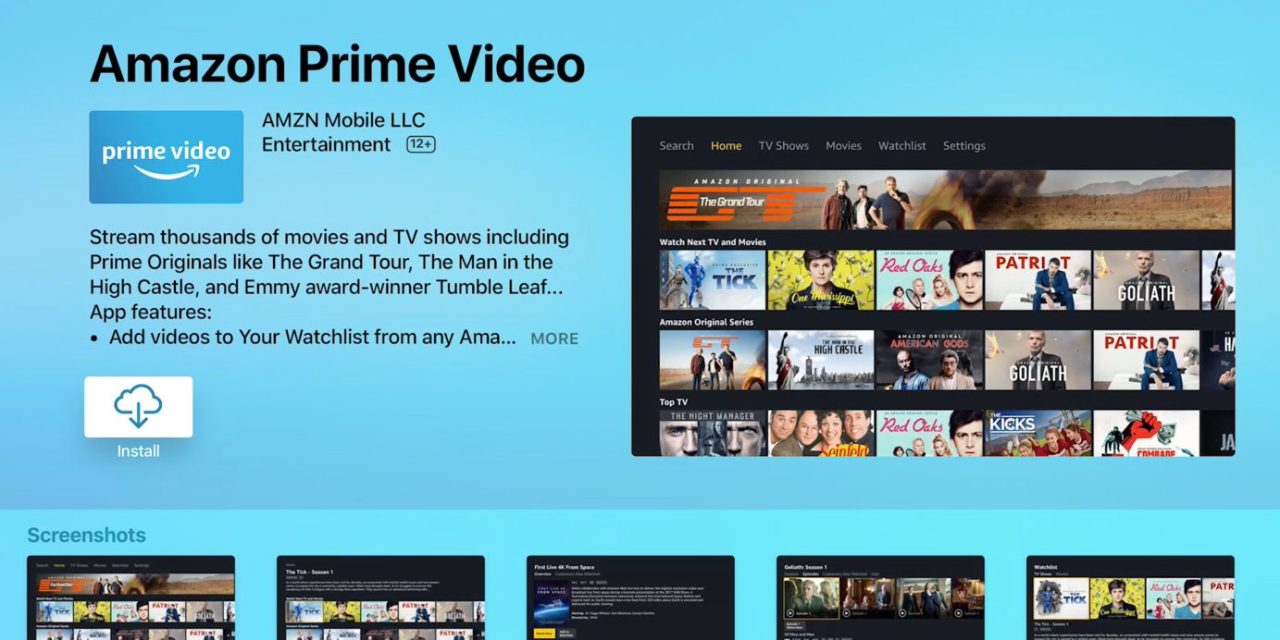 If ever a tvOS app was likely to prove a hit, it was Amazon Prime Video. Apple TV owners have had a very long time to wait for it to arrive on the platform, Apple promised it in more than one event, and when it finally did land, Apple heavily promoted it.

BestAppleTV reports Amazon claiming that the app set an all-time record for tvOS.

Amazon’s recently released Prime Video app was the most downloaded of any tvOS app ever in its first seven days, Apple confirmed Monday through a statement provided by Amazon.

What is not known is how many times the app has been downloaded leading it to break the record or the app and its record that was broken. It is also not known if Apple provided record-breaking comparison numbers to Amazon.

But the claim seems credible, especially as CIRP data suggests that more than 60% of Amazon’s 90M US customers are Prime members, thus effectively getting free access to all the inclusive shows and movies available on Prime Video.

Amazon Prime Video for Apple TV and iPhone and iPad is a free download from the App Store.