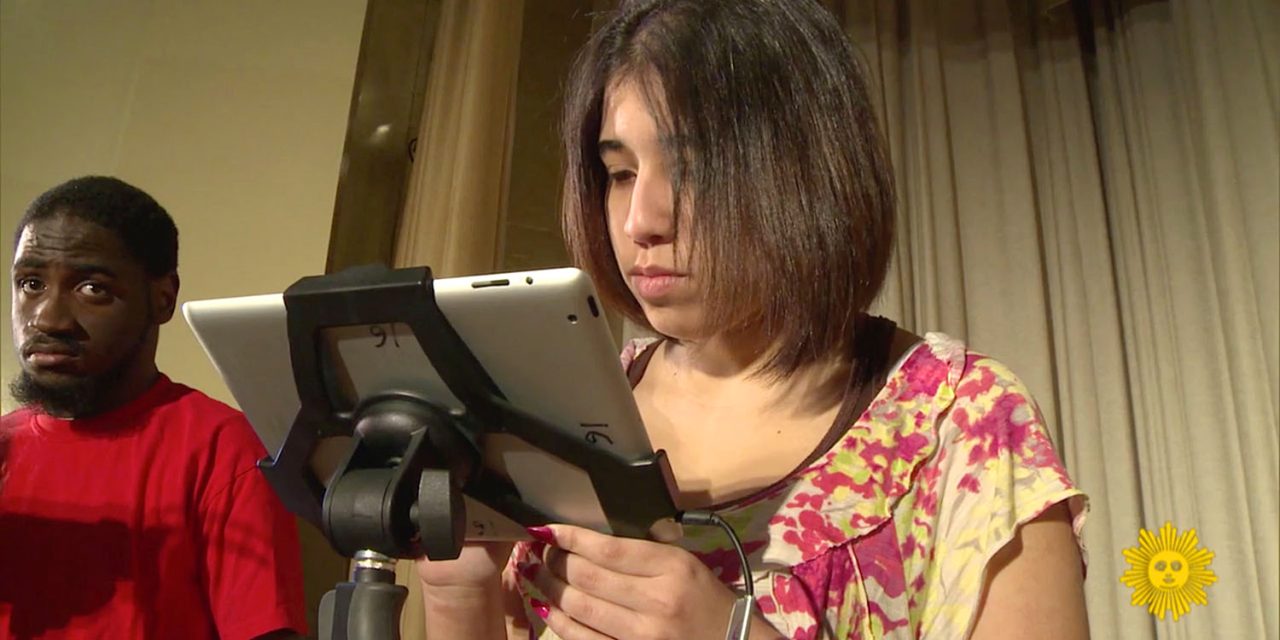 A classical pianist who teaches music at a school in Queens, New York, says that iPads have allowed students with learning disabilities to play music for the first time – and that experience has transformed their lives.

One of the students who had never spoken before not only now speaks, but also sings the solo in a song he helped write …

Tim Cook tweeted a link to a CBS news piece on the experiment, saying that it ‘makes our heart sing.’

A lack of ability even just to be able to sustain a beat, motor skill issues where they can’t really hold an instrument.

CBS said that he was stumped until a friend suggest ‘an instrument almost anyone can play: an iPad.’

Goldberg applied for a grant to buy eight iPads, and used them to form the P177Q iPad Band. He said that the results quickly became apparent.

‘I already kind of knew that even if it wasn’t as awesome as I’d hoped in my head, it would still be really good. My students kind of surpassed my version of awesome into something even beyond that.’

School principal Cathy Post said that she was astonished by what she saw.

When I saw them interact with each other, I just said wow, it’s more than just the music. The social skills they’ve gotten out of it is unbelievable, the self-esteem has risen to a new height. They hold their heads up high.

One of the boy’s parents said that he cried the first time he saw his son play.

We couldn’t believe what we saw. To see him, on that stage, with his band, playing and really enjoying himself, yeah, we cried. We cried with joy.

The full report below is well worth watching.