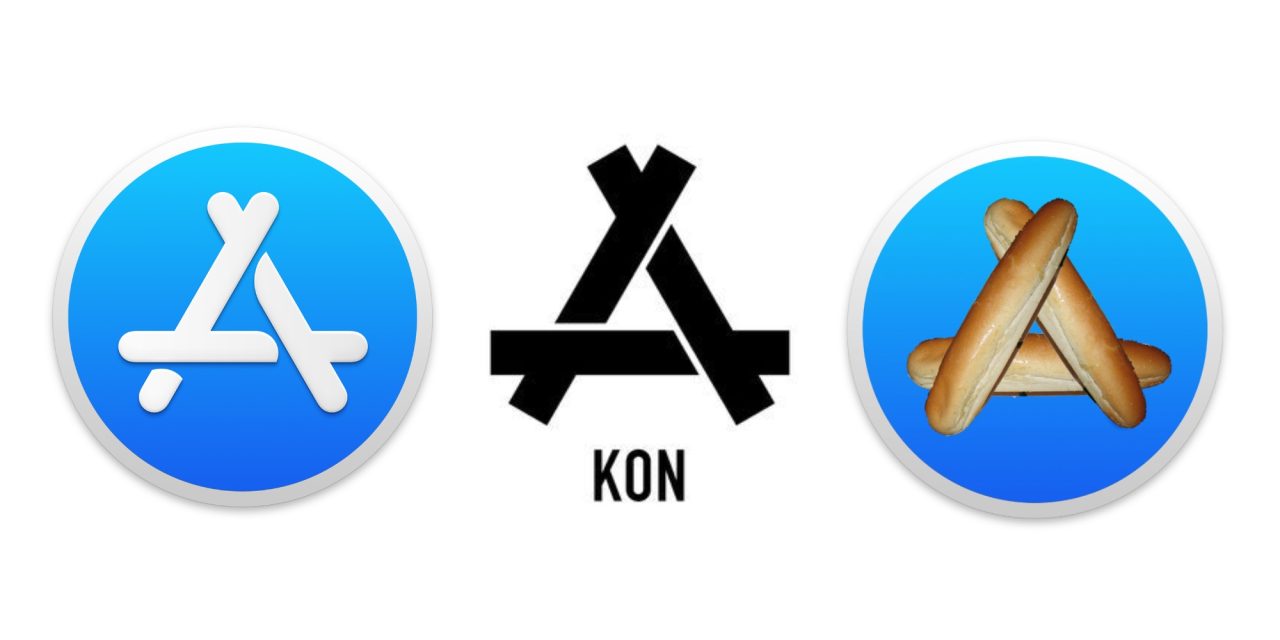 A report today from The Verge details that the latest lawsuit against Apple stems from a Chinese clothing brand, Kon, that claims that the Cupertino company stole its logo.

Kon is a clothing brand founded in 2009 that is based on the Sex Pistols’ song Anarchy In The UK. The company uses an “A” logo like Apple’s App Store icon, but “the triangle is supposed to be skeleton bones that symbolize power over death” and has a very different aesthetic.

Kon’s logo is all black, with hard-edged rectangles while Apple’s new App Store logo is made up of rounded cylinders (in its traditional white and blue).

The lawsuit is filed under the premise that Apple is violating Chinese copyright law. It doesn’t seem that Kon is concerned about Apple’s previous App Store icon, just the new one. It seems like a tough road for Kon to win this suit, but you never know.

The filed suit has been accepted by the Beijing’s People’s Court and a judgement is expected within “the next few weeks.”

No word yet if Olive Garden is also planning to file a complaint over the breadsticks resemblance.

Earlier this month, Apple updated its leadership page to reflect the retirement of long-time general counsel, Bruce Sewell. Katherine Adams has stepped into that role as Apple continues its legal battle with Qualcomm.