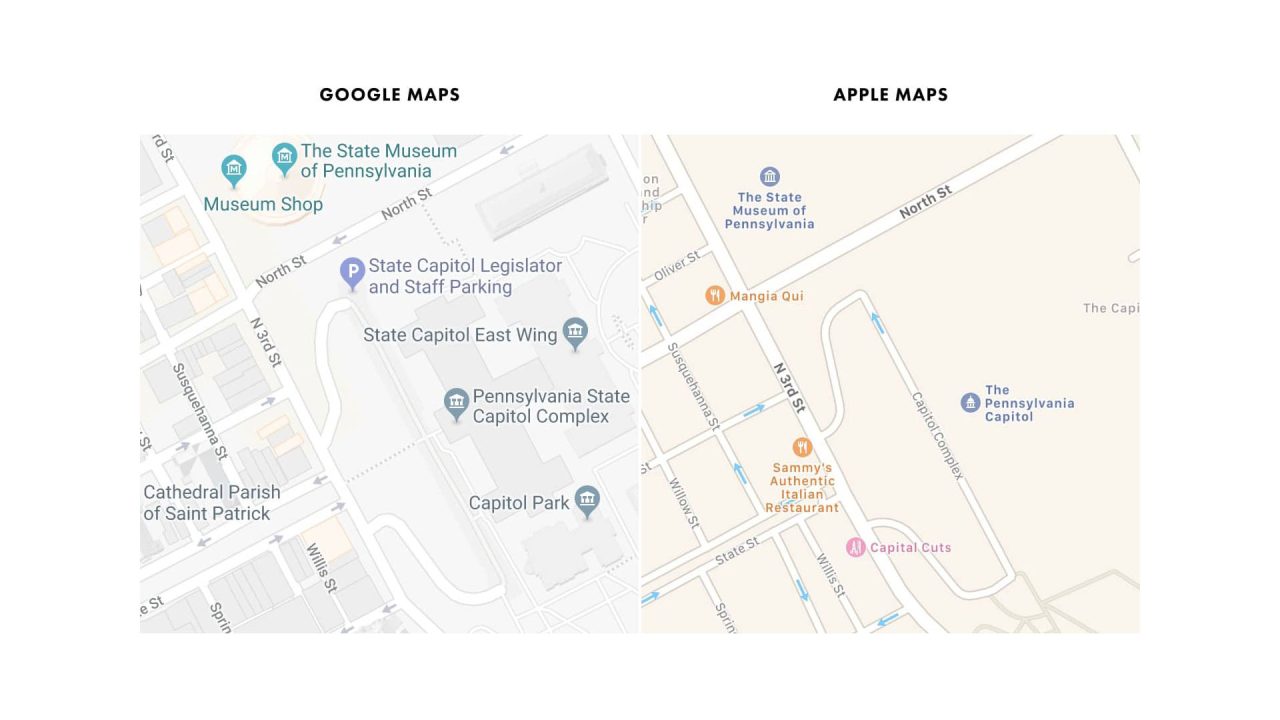 Since its introduction in 2012, Apple Maps has carried the burden of much scrutiny and criticism for the quality and coverage of its mapping data. While Apple’s data has steadily improved since day one, a new comparison shows just how much more work it will take to surpass Google Maps.

In an incredibly thorough essay, Justin O’Beirne lays out the evolution of Apple and Google’s mapping data over time. O’Beirne is credited as a contributor to Apple Maps and has spoken at Google I/O on the topic of cartographic design.

The comparison explains the competitive advantage Google has built for themselves thanks to the amount of time the company has been collecting data.

Google has gathered so much data, in so many areas, that it’s now crunching it together and creating features that Apple can’t make—surrounding Google Maps with a moat of time.

For reference, Google Maps launched in 2005, and added Street View in 2007. Apple Maps was first previewed at WWDC in June of 2012, and was released with iOS 6 in September of the same year.

The analysis goes into considerable detail, showing how Google has been steadily adding building footprints to its maps, with a level of accuracy that extends down to tools sheds, park shelters, and garages. Some structures even show features as minor as front steps and HVAC vents. Side-by-side screenshots show that Apple has mapped few structures in similar areas, and usually with much less detail.

O’Beirne explains that Google creates this data using their satellite imagery, while Apple likely sources their data from a third-party like TomTom. By building a robust data library in-house, Google has been able to generate their own metadata, which can be used to extrapolate even more metadata – a competitive advantage that continues to build upon itself. 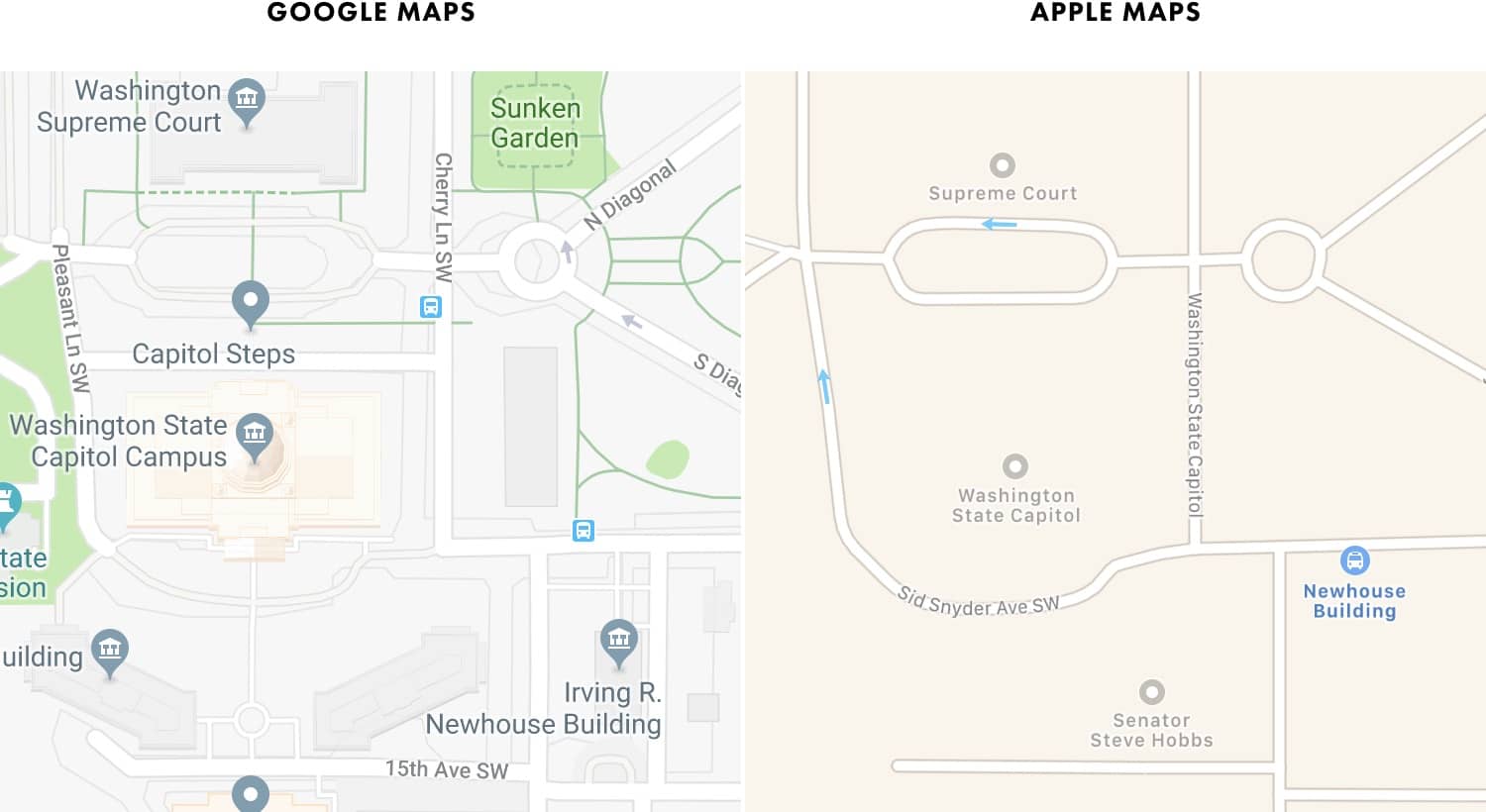 The entire essay is worth a read – it’s rich with imagery and illustrations. In 2016, O’Beirne completed a similar cartography comparison of Apple and Google Maps, comparing and contrasting the cartographic designs of each service.

Apple has working behind the scenes in recent years to improve their map offerings, developing indoor mapping technology, and deploying a series of vehicles to collect map data at the street level.

These efforts may play a larger role in Apple’s work in “autonomous systems” and their interest in car development. This past summer, it was reported that Apple was rolling out a program to allow freelancers to help improve Apple Maps data.