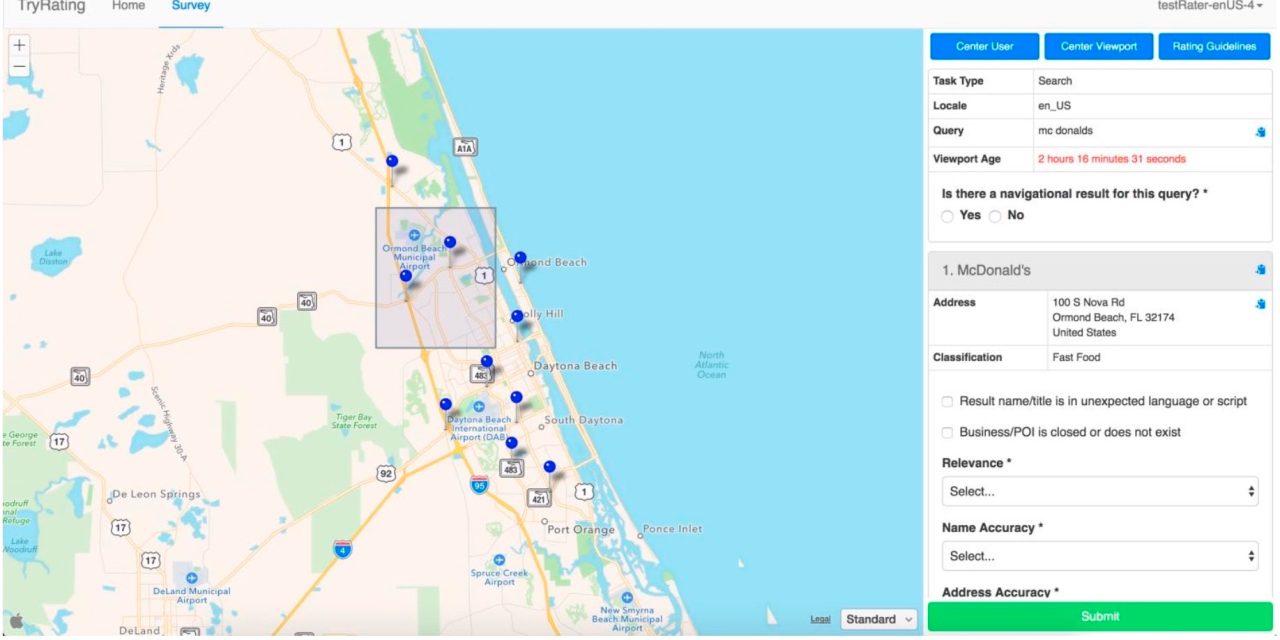 Apple is advancing its data accuracy efforts with Apple Maps, according to a new report from iGeneration. The report details a new website app program where freelancers can sign up and get paid a small fee each time they correct/verify a Point-of-Interest or placemark in Apple Maps.

Similar to a Mechanical Turk system, people in the program can get paid about 54 cents per task, with a maximum of 600 tasks per week …

Apple Maps was infamously criticized when it launched as part of iOS 6 in 2012 for poor quality control and navigation errors around the world. This ultimately led to Tim Cook posting a public apology …. and the firing of Scott Forstall.

The quality of Maps has improved a lot since that controversy, but it is still considered by most to be inferior to Google Maps, especially outside of the United States.

In late 2016, reports indicated Apple wanted to deploy flying drones for ground truth efforts to keep Maps updated and accurate. The iGeneration article from today indicates another way that the company is trying to catch up to Google Maps, with sheer human manpower.

The new ‘TryRating’ system has seemingly been in testing since the middle of last year and is set to launch in a major way later in June. Apple reportedly relies on subcontractors in each respective country to actually find workers to participate in the program.

The iGeneration report gives an example of what these <$1 tasks comprise. A worker is presented with an area of a map and a search query. The worker has to categorize the returned results on a quality scale, correct addresses and pin locations as necessary, and other administrative tasks. You can see a screenshot of this UI in action below: 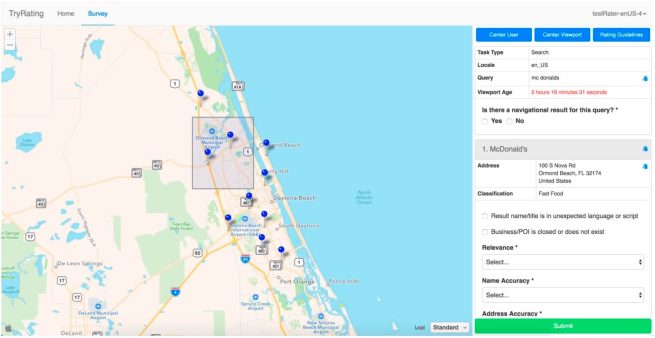 The exact guidelines for how the classifications are made appears very deep; Generation says the current documentation exceeds 200 pages. It isn’t clear how Apple picks what regions to hone in on; it could be based on other metrics or it could be random.

Assumedly, Apple then collects all of this human-sourced data and feeds it back into the Apple Maps system, potentially giving the same place to many workers to get a consensus judgement.

Amusingly, Apple recommends using Google Street View data as part of the process to verify a location in addition to the Apple Maps satellite data. 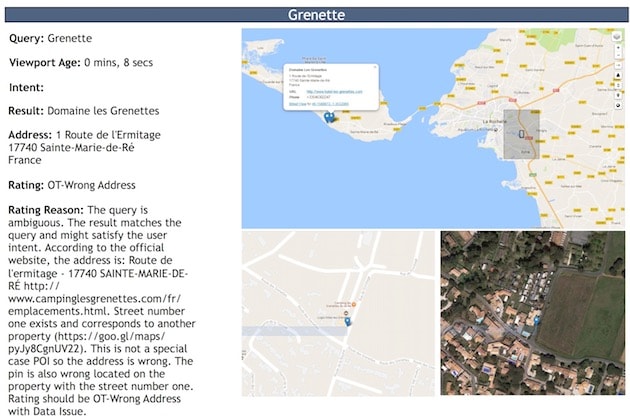 According to the report’s source, Apple is going to ramp up its deployment of this service later this month. It appears the company has been refining the verification rules for the last year and is now ready to hand out tasks en masse.

When the information gleaned from this process results in improvements to the Maps services for consumers is unclear. It is possible that Apple makes a big deal about Maps at WWDC on Monday with iOS 11 with these new ground-truth efforts playing a role in improving overall accuracy and customer satisfaction when navigating.

A fleet of Apple cars have been driving around the world since 2015 collecting Street View imagery and other data. There have been a couple of rumors that this project is now ready for public consumption, which could mean the addition of an Apple Maps Street View mode in iOS 11.