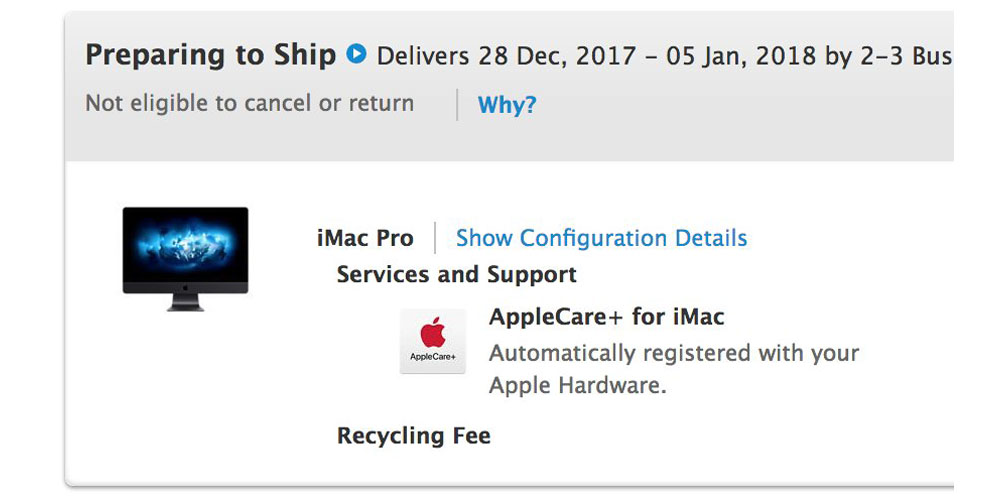 Early iMac Pro orders are reaching the ‘preparing to ship’ stage, but it looks doubtful that anyone will be receiving one as a Christmas present …

Developer Khaos Tian tweeted a screeengrab of his 10-core model, which he says he chose as it ships faster than 18-core ones. It was showing an expected delivery window of December 28 to January 05.

Apple often starts with fairly wide delivery windows on brand new products, which often then get narrowed down later. In some cases, delivery times improve, so it’s not impossible that some could be delivered earlier.

Either way, Apple is cutting it close to the wire for promised availability of the machine this year …

Our own Jeff Benjamin reckons that Tian has made the right choice, arguing that the 10-core model without optional upgrades gives you the best bang for the buck.

Some pros are questioning the concept of a non-upgradable pro machine, but I explained why the idea isn’t as crazy as it seems.

Have you ordered one? Share your own grabs of the order status as it progresses, and let us know the spec you’ve ordered and why you chose that one.