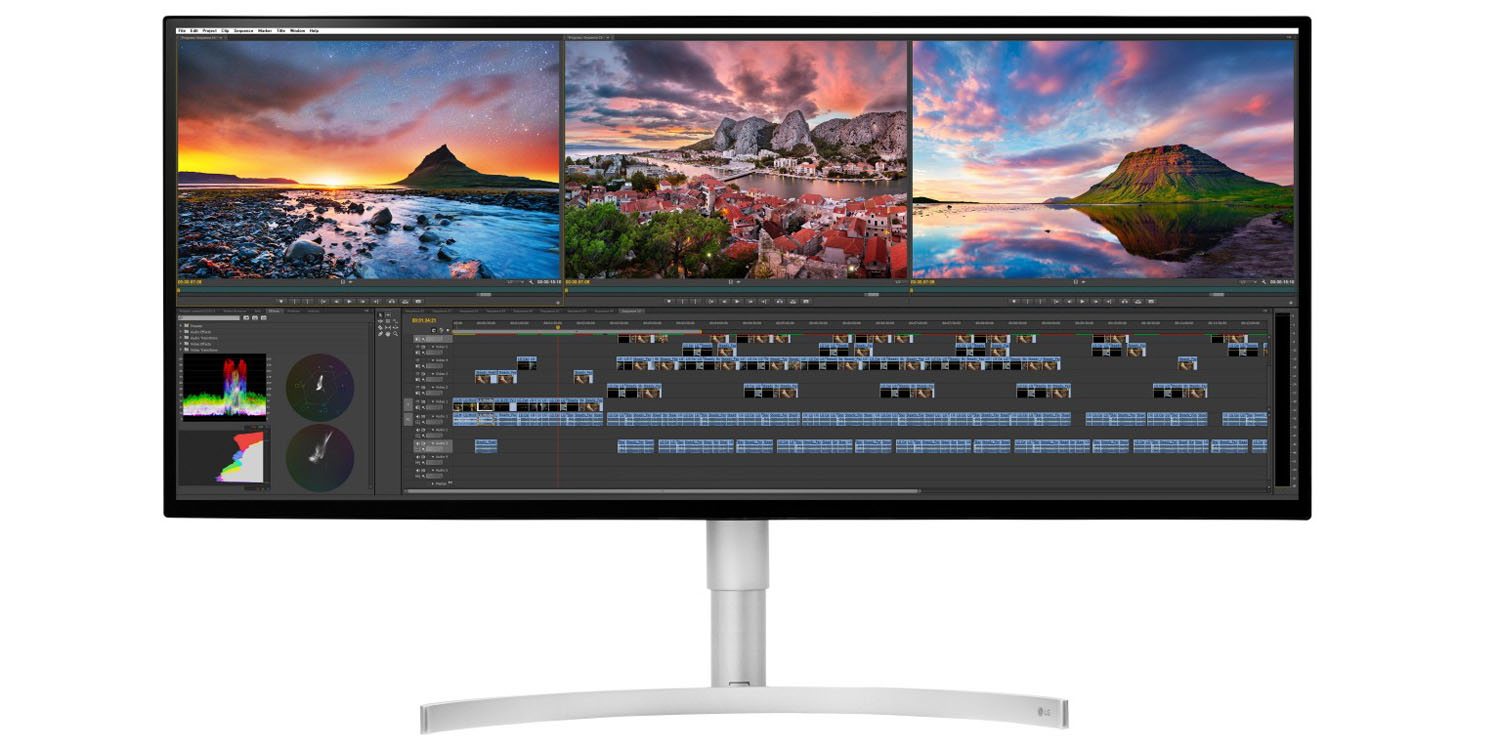 LG has announced a 34-inch ultrawide 5K monitor with Thunderbolt 3 connectivity, allowing a single-cable connection to a Mac that includes power. It has slim bezels on all four sizes.

LG says that the 34WK95U is aimed at professional users.

This ultimate 5K viewing experience is geared towards users who multitask extensively, such as video editors, photographers and software and app developers …

Unlike the Ultrafine 5K monitor which is 5120×2880, the extra pixels here over a 4K monitor are all horizontal, so it’s still only 2160 pixels high, but you do get the 5120-pixel width that make the most difference for a lot of applications. Let’s call it 4.5K …

LG says the spec includes HDR600, which is a new VESA standard covering brightness levels, black level, color gamut and bit depth. HDR 600 puts the monitor in the middle ranking of the VESA specs, but even the bottom level is well above the performance of a typical monitor.

Model 34WK95U supports Nano IPS technology, fantastic color reproduction capabilities and HDR600. In addition, model 34WK95U features a Thunderbolt 3 port, which enables the transmission of 5K resolution images at 60Hz with a single cable. The Thunderbolt™ 3 interface is ideal for power laptop users who desire fast video, audio and data transfers without the need for a separate AC adapter. With its elegant, stunning profile, this LG monitor turns heads even when powered off, with its 4-Side Edge Borderless Design and gorgeous slim Edge-ArcLine Stand addition to its refined image.

LG hasn’t revealed either availability or price, but don’t expect it to be cheap. The company is likely to reveal all at CES 2018. If anyone at LG is reading this let’s get in touch :D

It isn’t quite what I asked for at the beginning of the year, but it’s certainly the closest thing I’ve seen yet.