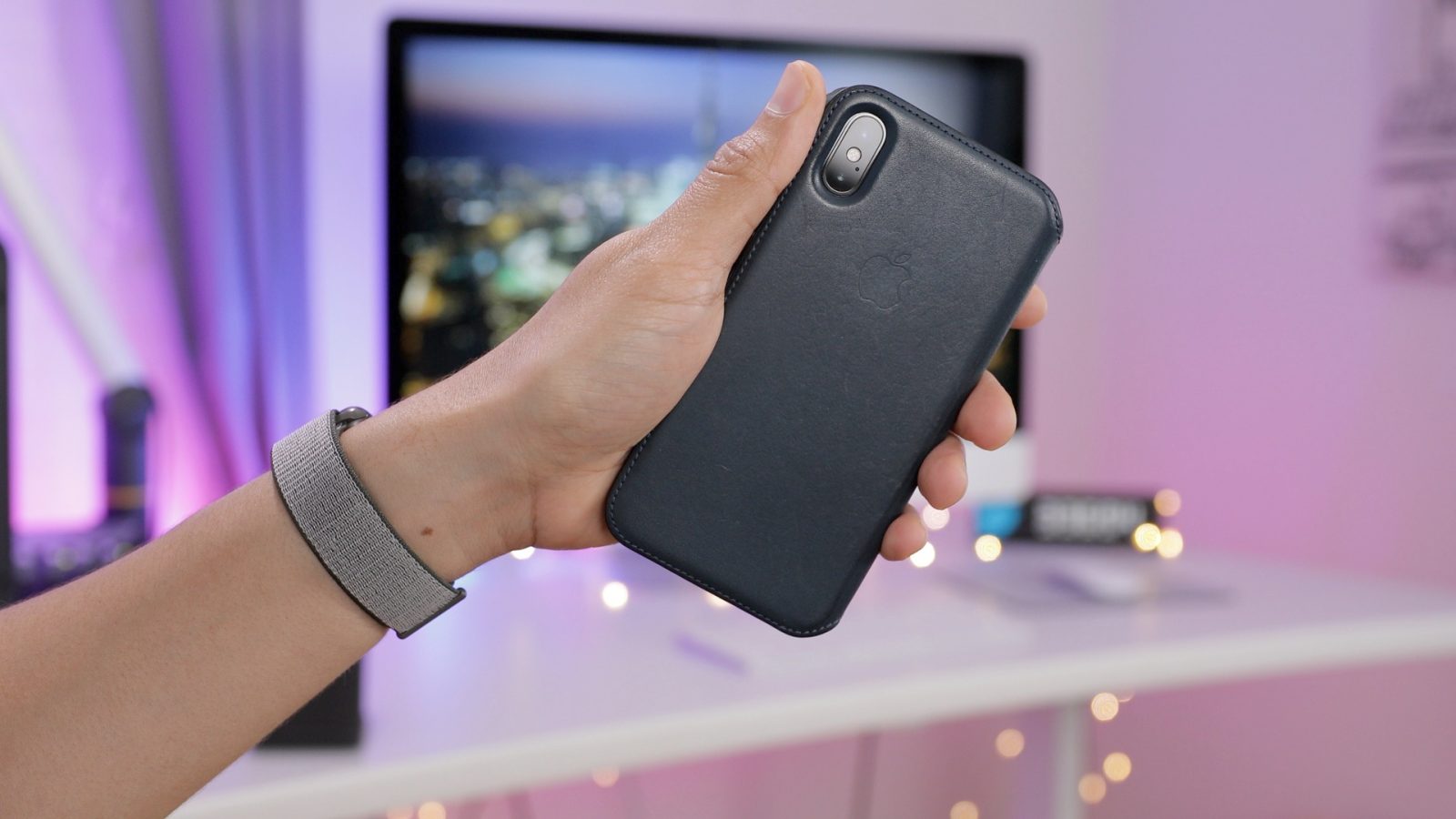 I’ve been using the iPhone X Leather Folio since I received the iPhone X at launch. As I noted in my initial hands-on impressions, the Leather Folio is a well-designed case that also serves as a wallet for storing credit cards and cash.

Although my initial impressions were very favorable, many of you wanted to know how it holds up after some serious usage. Would I still recommend the iPhone X Leather Folio ($89.99 on sale at Amazon) after logging some mileage? Watch our hands-on video recap for the answer.

With this in mind, my expectations were quite high for both initial quality and long term usage. I’m not sure that just under two months exactly qualifies as long term, but as much as I use and abuse my iPhone, two months for me is probably more like the equivalent of six months for most users.

The most obvious thing to consider is wear and tear. How well does the iPhone X Leather Folio hold up after being opened and closed countless times?

I’m pleased to say that it holds up quite well. The stitching that binds the case together is still very much in tact, with the tactile grippy edges of the Folio yet to unwind, tear, or show as much as a slight fray. I’m satisfied with the overall build quality of the Leather Folio.

The credit card and cash pockets were my next big concerns. Would the pockets remain taut enough to securely hold on to the cards inside? Again, I’m happy to report that both the cash and card slot have held up exceptionally well during my usage. 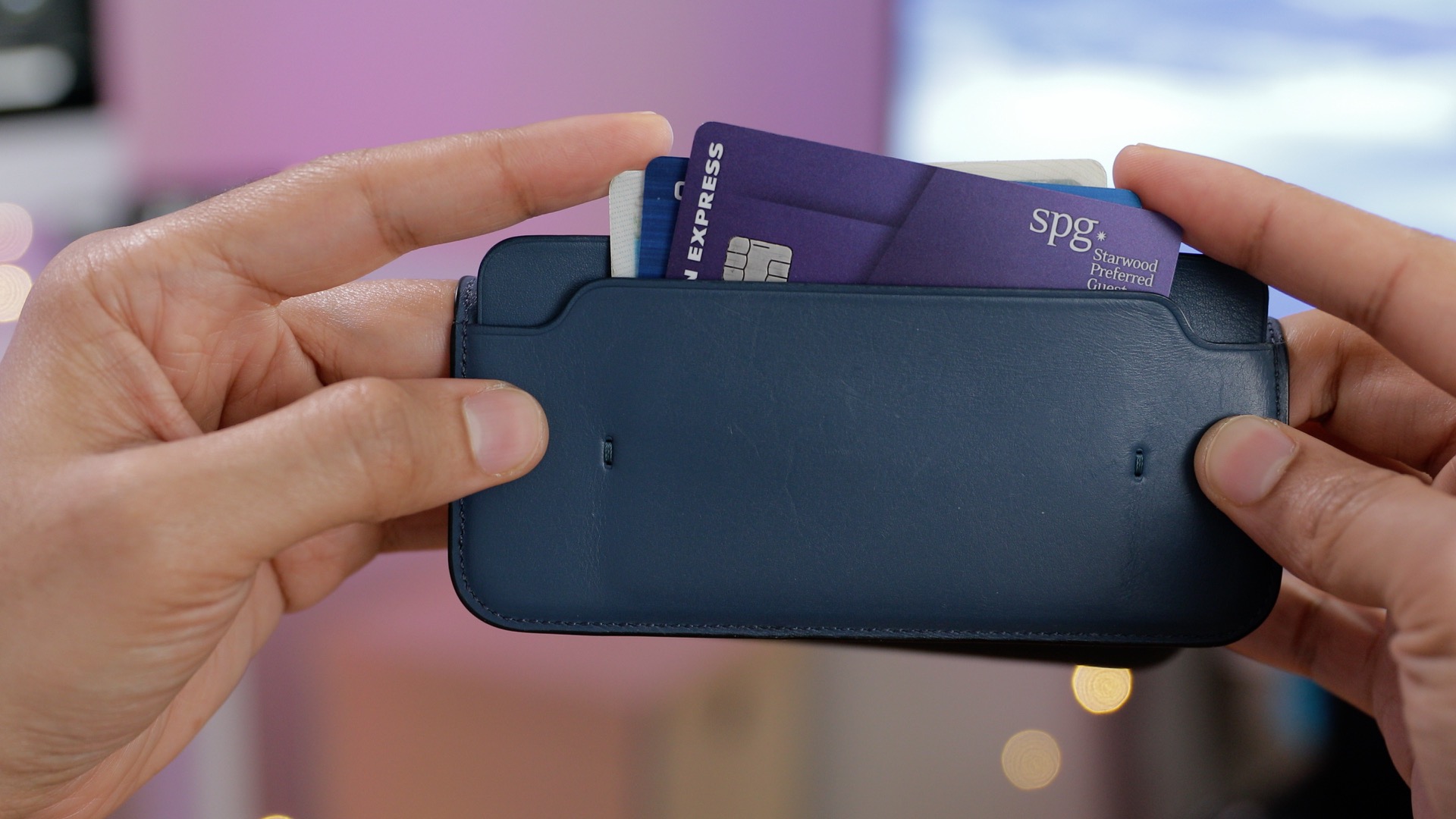 After initially stating that I would only store two cards inside of the Leather Folio, I ended up going with three, and it hasn’t made much of a difference at all. Not only that, but having three credit cards inside the Leather Folio hasn’t felt overly bulky at all. I’m impressed by how well Apple was able to design this case to conceal bulk. Compared to third-party Leather Folio cases like the ones we recently covered from Nomad, the difference is night and day with regard to bulk. 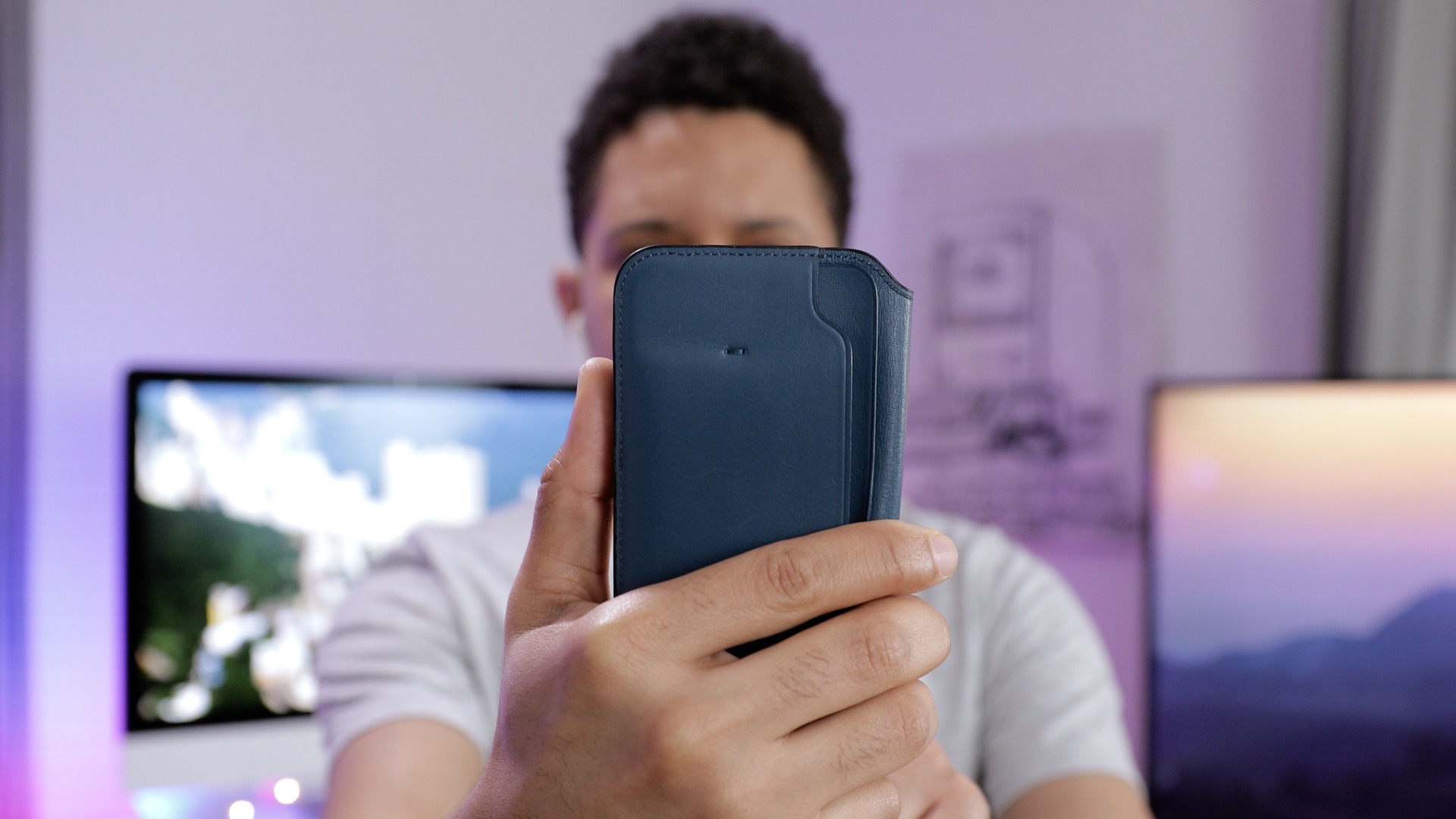 The reason the iPhone X Leather Folio works so well is mainly due to the design of its hinge. Apple wisely designed the hinge to be as flexible as possible, and this allows the cover to sit flush with the iPhone X inside the case, even when you have several cards and cash inside its pockets. The hinge has held up well despite countless openings, folds, and closings. I also like how the hinge is made to be thin enough to easily facilitate clicks on volume buttons, allowing you to adjust the iPhone X’s volume without needing to open the front cover. 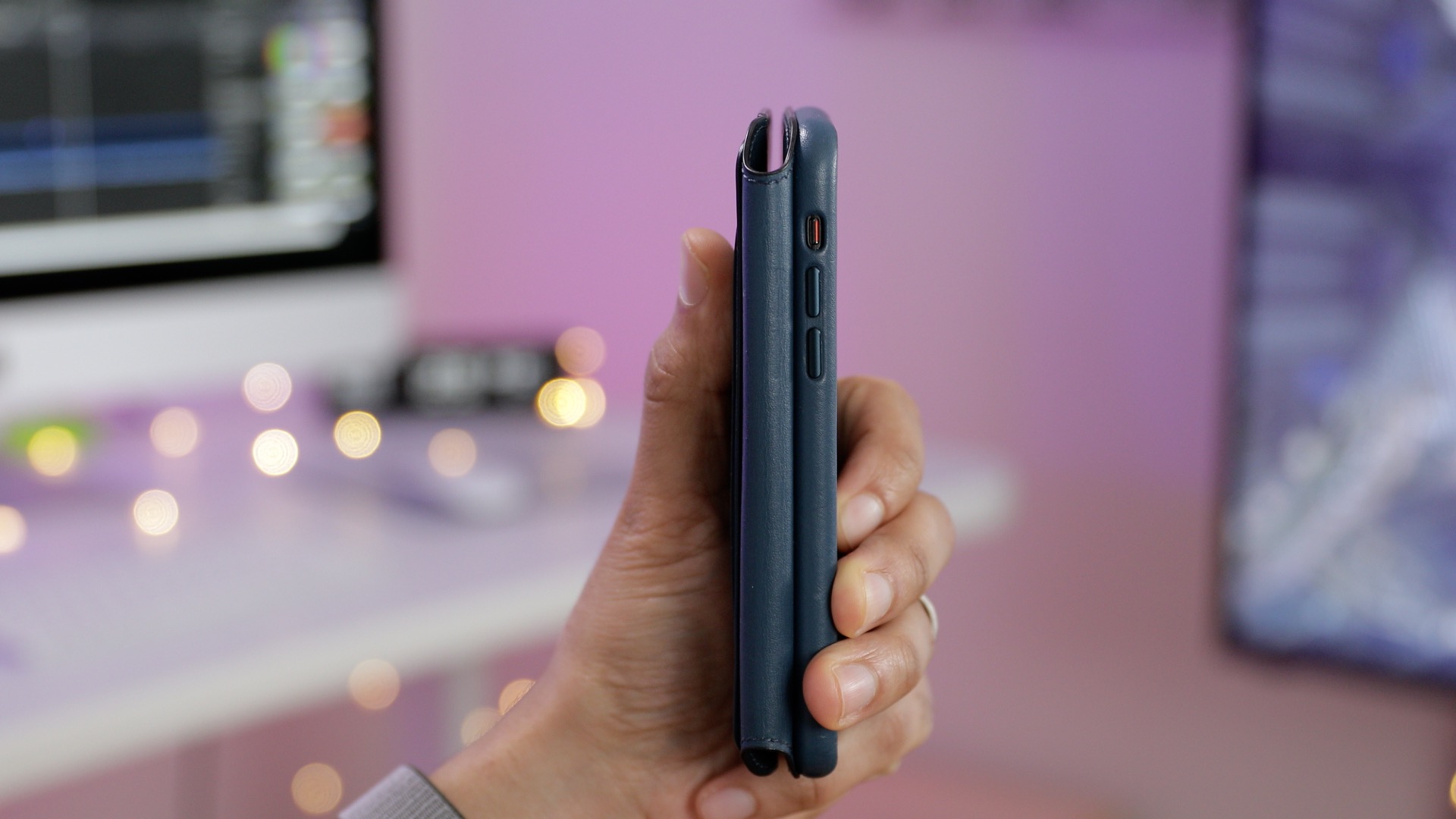 That’s not to say that the iPhone X Leather Folio is perfect. There are a few annoyances that I’ve observed during my hands-on time. The first annoyance is the fact that the front hinge, due to its flexible design, tends to sag. This isn’t generally noticeable when just holding the case, but it becomes apparent when using vertical wireless charging stands. 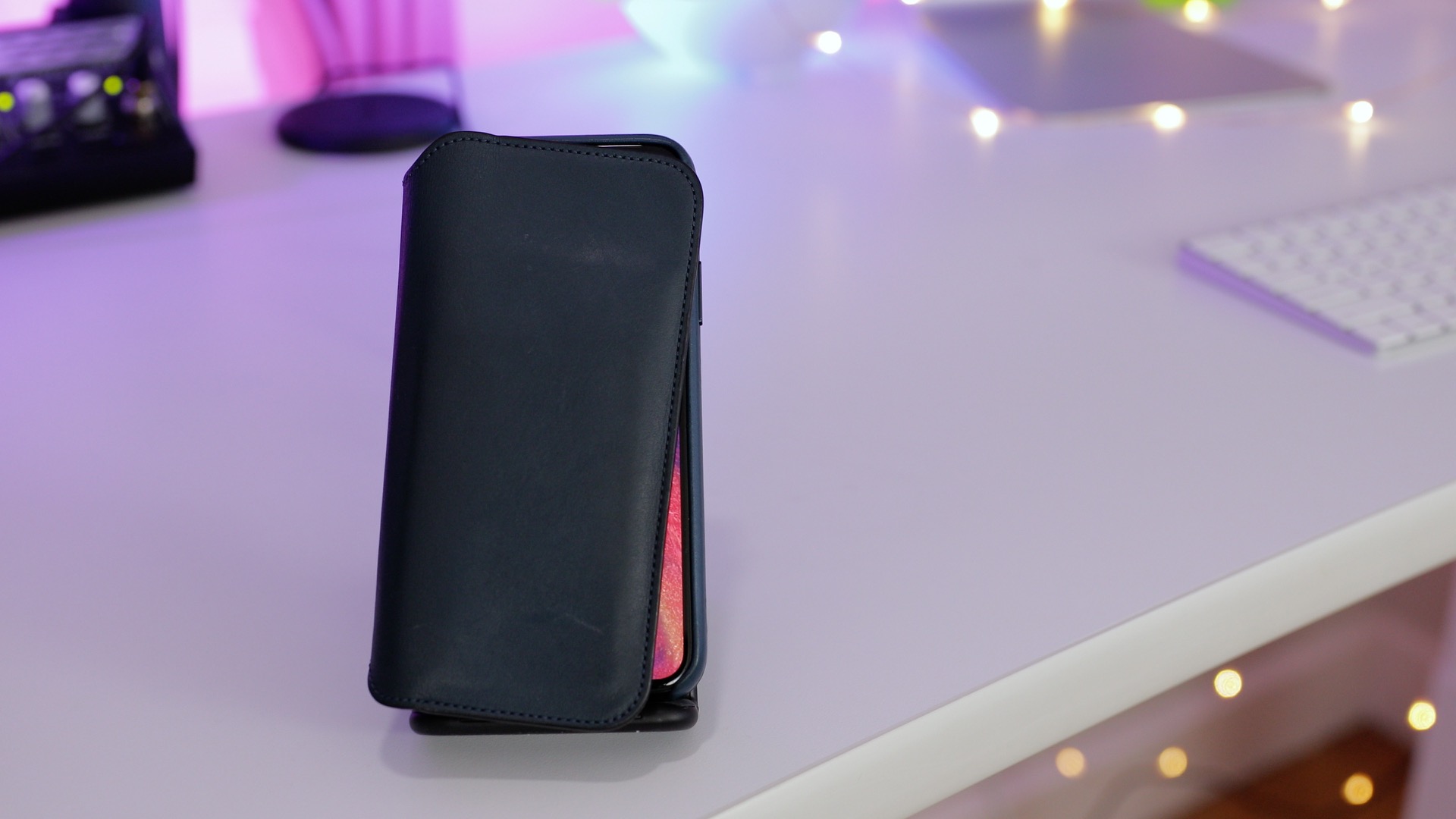 The biggest complaint that I have has to do with the look of the leather, and the way that it’s worn in over time. You should expect the leather to wear in and obtain a slight sheen from the oils on your hands, that’s to be expected. But on my Cosmos Blue iPhone X Leather Folio, the blue color has begun to look a little dingy and dirty. I don’t think dark blue is a very attractive leather color after long term wear, though a good leather cleaner might go a long way towards improving the look. There is also a bit of curling going on with the card and cash slot divider inside the front cover, but it’s not bad enough yet to be super-noticeable. 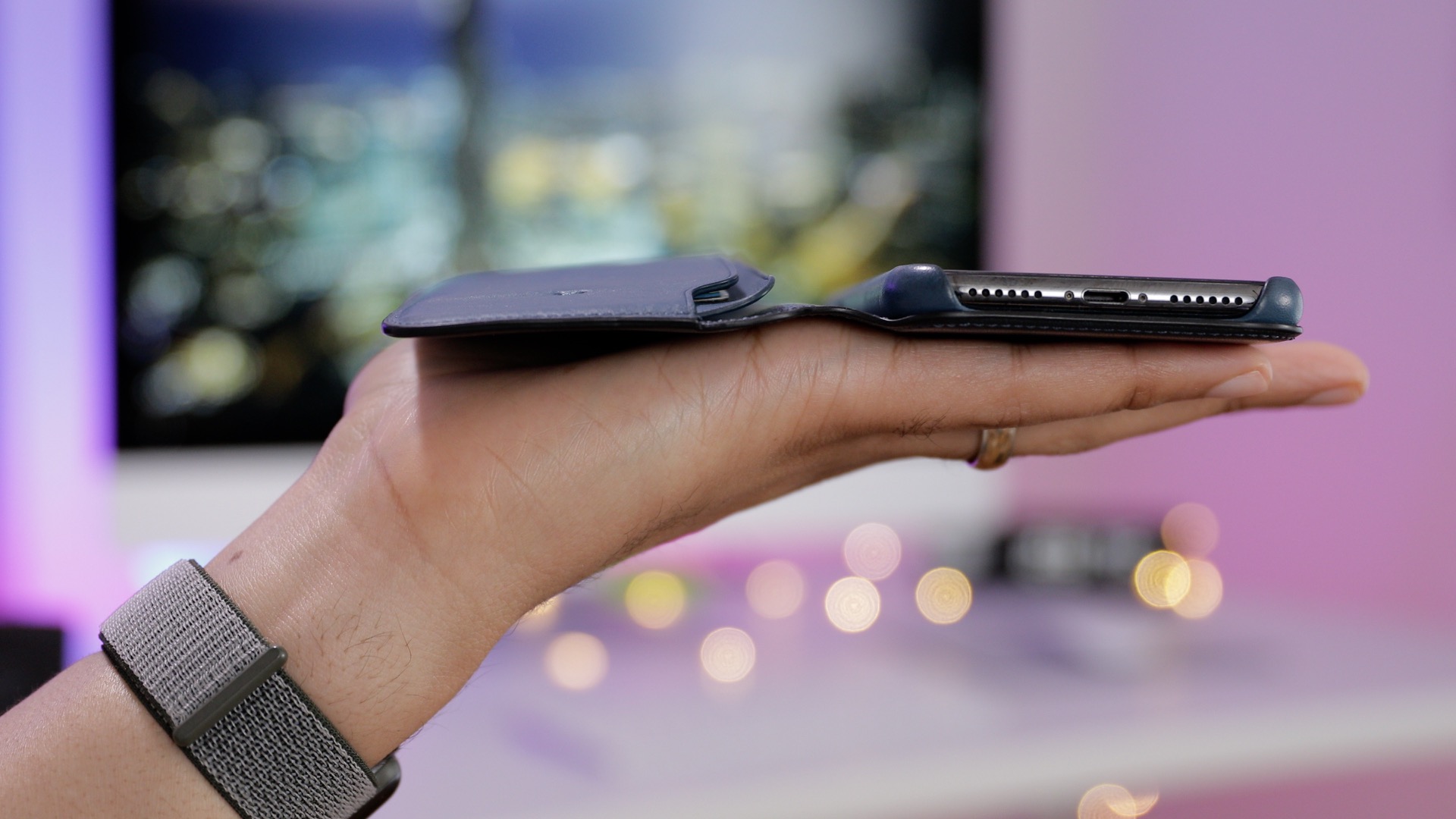 From a usability standpoint the iPhone X Leather Folio continues to excel, and may be even better than it was on day one due to the break in factor. The pure convenience of having a single case that contains your iPhone X, cards, and cash cannot be understated. And the way the case is designed means that the iPhone X sits flush inside the case, making it feel almost like an extension of the iPhone itself. 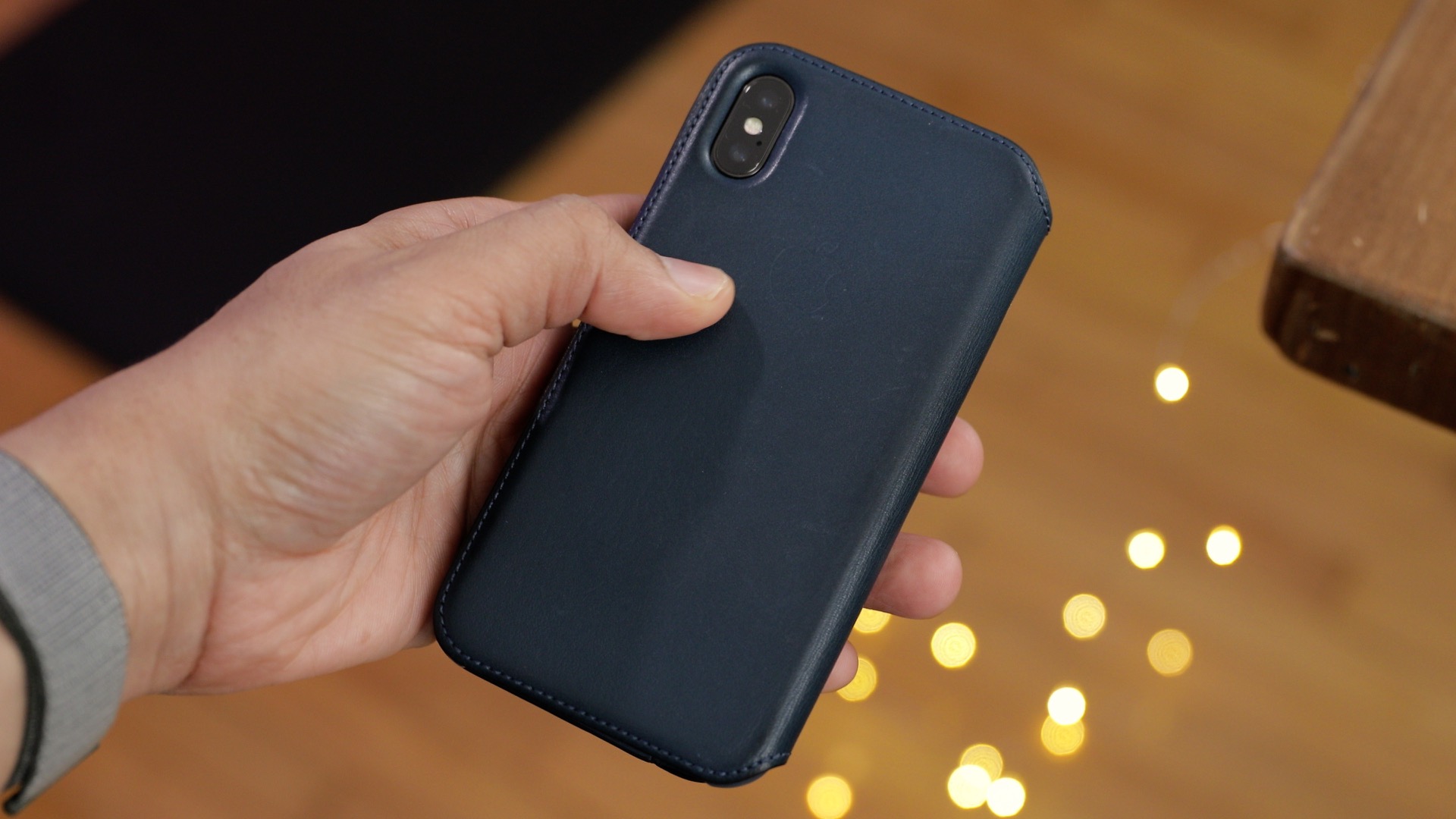 Nearly two months later, and I still recommend the iPhone X Leather Folio to anyone who doesn’t mind a case, and can see past the admittedly steep $99 asking price (although it’s $10 less on Amazon). I would probably choose a different color if I had to do it again, but from a pure usability standpoint, it’s been great. Are you currently using an iPhone X Leather Folio? If so, what’s your verdict?

Update: Several of you have commented about poor call quality in the comments. I tested call quality and tried to reproduce the issue described in your complaints, but was not able to do so. Neither was a colleague able to do so. This obviously does not invalidate your claims, but it explains why this was not mentioned in the main portion of the recap.