Instagram is now inserting ‘recommended’ posts in your main feed 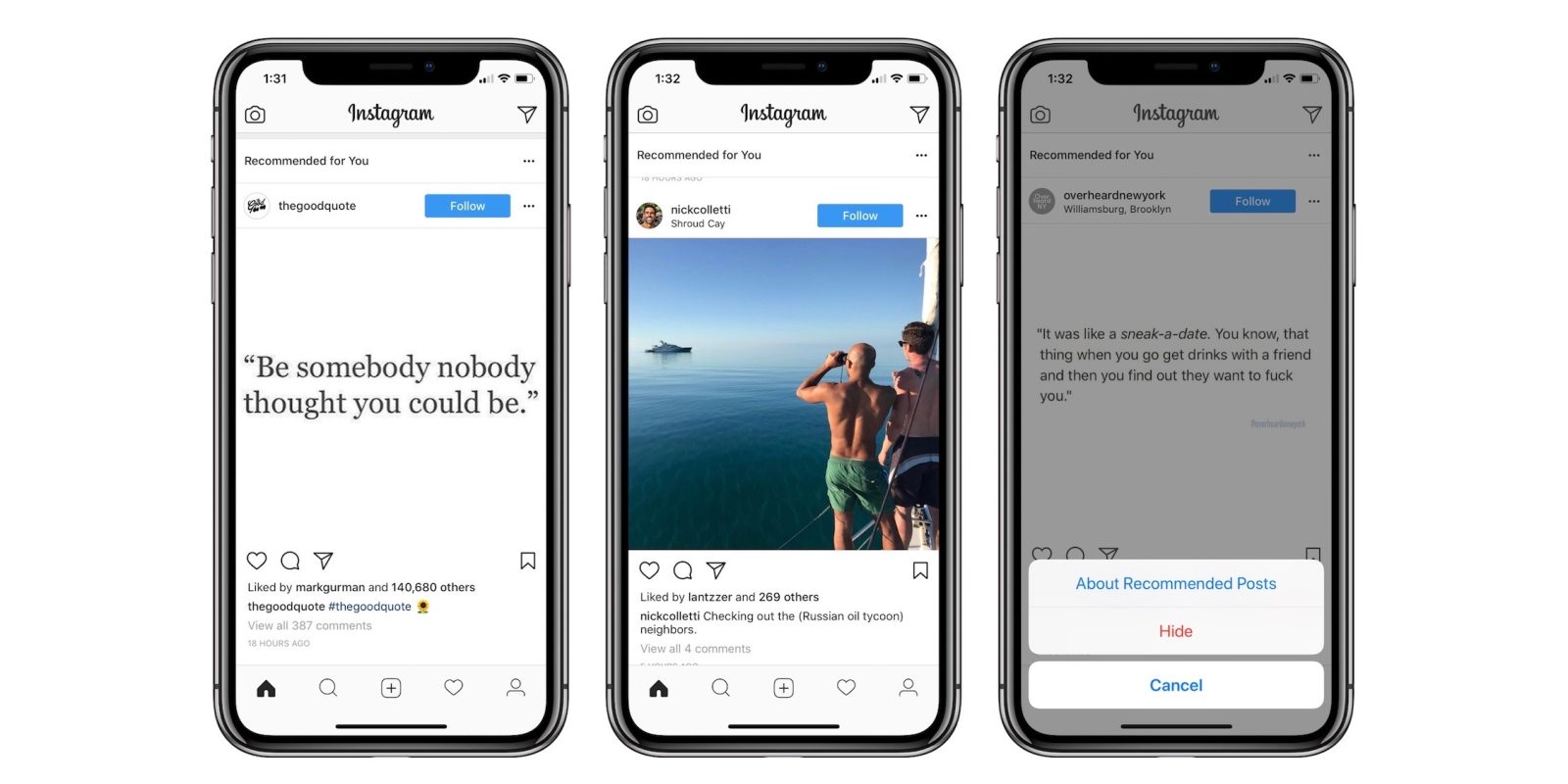 After adding support for following hashtags earlier this month, Instagram is now rolling out a new “Recommended for You” feature, TechCrunch reports. This feature will see the social network insert posts it thinks you may like directly into your feed…

“Recommended for You” has been rolling out to select Instagram users over recent days, but the company has officially acknowledged the feature in a new Help document today. Instagram explains that what appears in this section is based on posts liked by the other accounts you follow.

There’s a clear distinction of what posts are recommendations in your feed, with Instagram adding a “Recommended for You” line under each post.

When scrolling through Feed, you may see posts that are Recommended for You. These posts are suggested based on posts liked by accounts you follow.

You can “temporarily” hide recommended posts by tapping the three dots next to a post, but doing so doesn’t permanently remove all suggested posts from your feed and Instagram is vague as to the extent of the hide feature.

Instagram has frustrated many users with its move away from a chronological feed and features like “Recommended for You” will likely only make the matter worse, especially seeing there’s no way to permanently remove such posts from your feed. On the other hand, the feature could open you up to additional accounts you may want to follow.

What do you think of “Recommended for You” feature? Are you okay with Instagram inserting posts directly into your feed or would you rather only see posts from accounts that you follow? Let us know down in the comments.