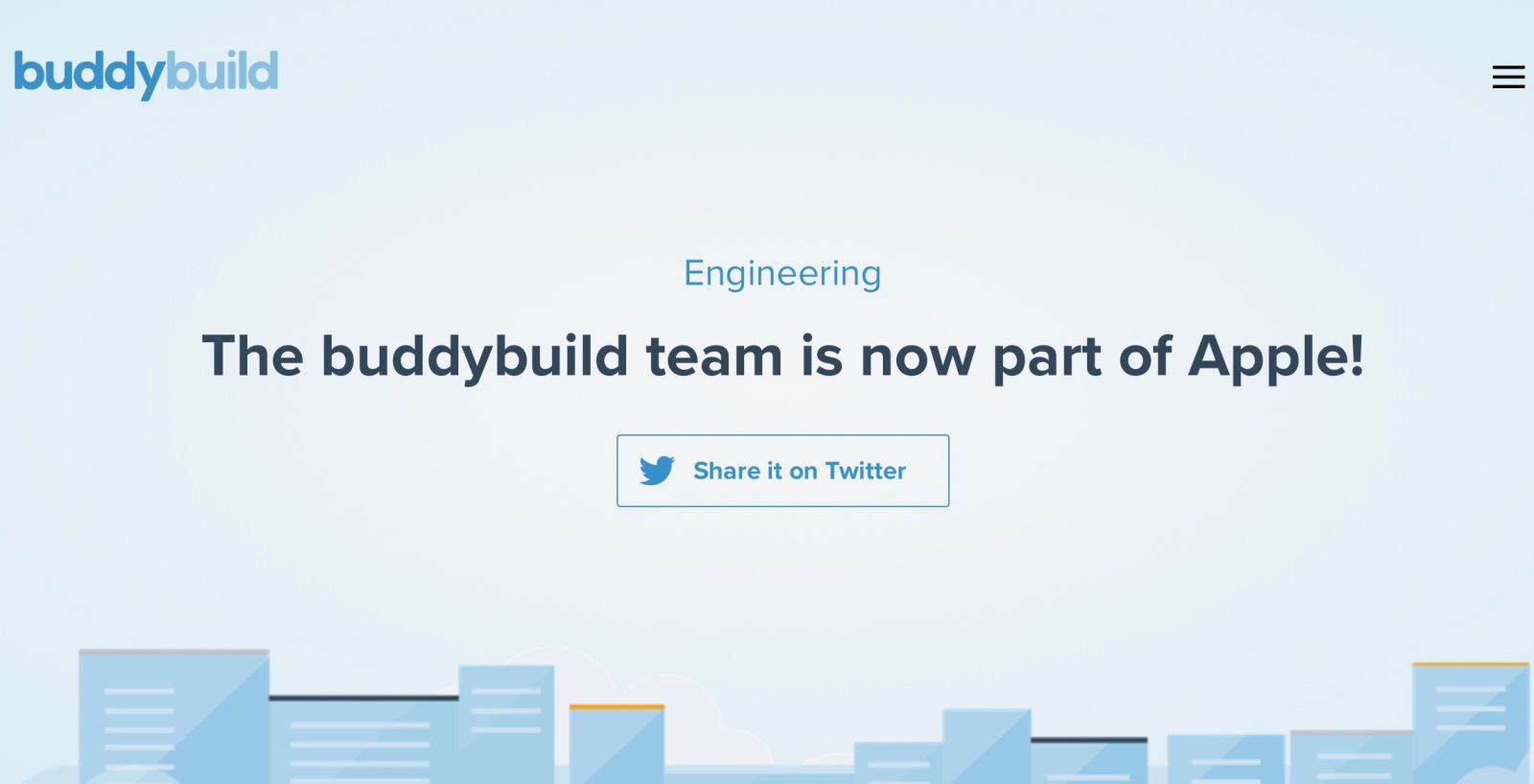 Apple has today purchased an app development service called Buddybuild. For now, there aren’t any details about how much Apple has paid for the company, but the firm did confirm the purchase to TechCrunch.

Buddybuild also shared the news in a blog post today, including the details that its team will be joining Apple’s Xcode engineers to work on iOS developer tools.

We’re excited to share that the buddybuild team has joined the Xcode engineering group at Apple to build amazing developer tools for the entire iOS community.

Buddybuild is a Vancouver based company and will be staying put as it merges with Apple, instead of relocating to Silicon Valley.

Other recent moves by Apple to improve developing and getting apps to users includes the new option for any developer to offer a pre-order option, expanding its Search Ads program, and waiving the $99/year developer fee for non-profits and governments.