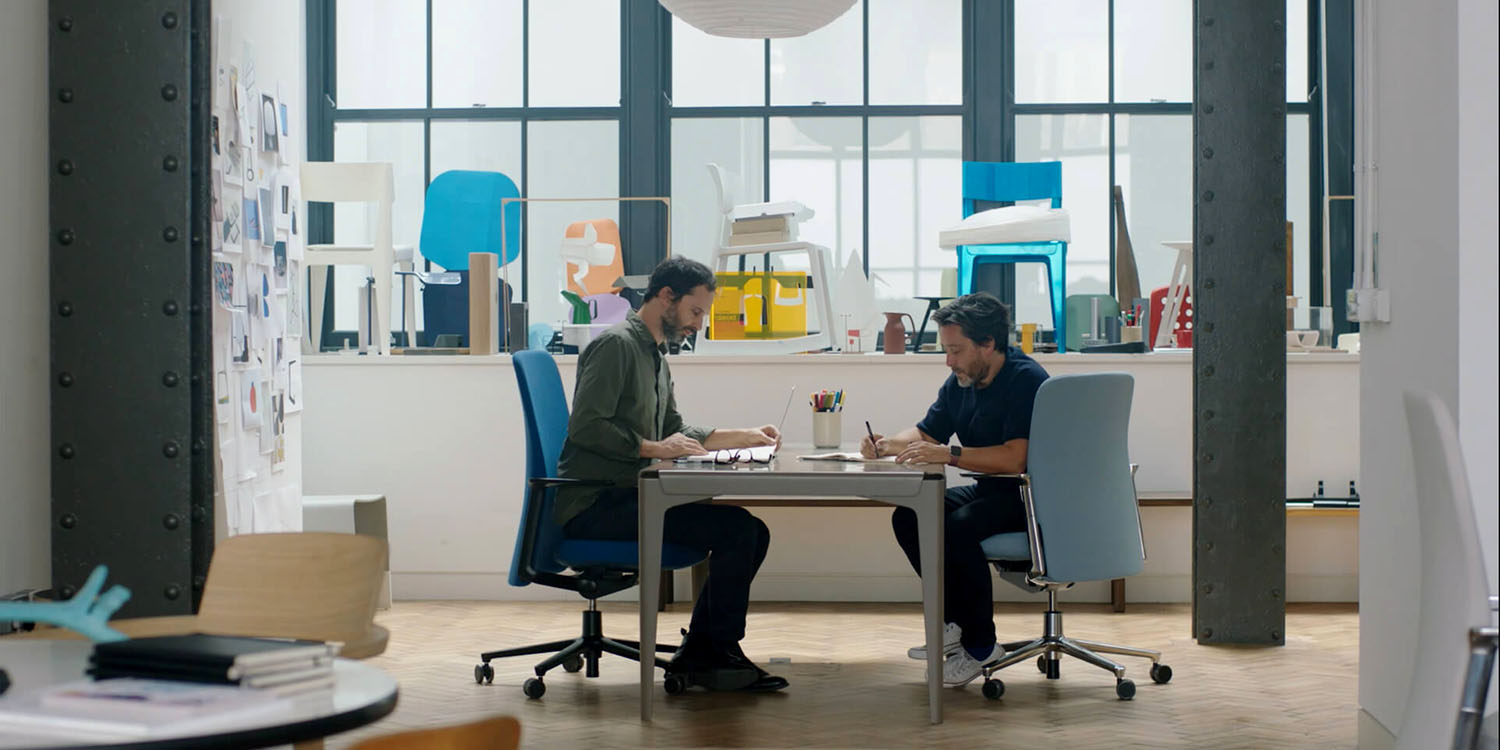 The Herman Miller Aeron chair is so ubiquitous in higher-end offices that ordering them is almost a default for companies able to pay the tab.

But not Apple. Influenced by a chat between Jony Ive and two British designers, Apple has reportedly ordered 12,000 chairs created with a very different vision in mind …

FastCo said that the order was for the Vitra Pacific Chair.

Apple design chief Jony Ive keeps a low profile, but he’s social with a handful of Brits who sit atop the world of industrial design, including Jay Barber and Ed Osgerby, founders of the studio Barber Osgerby. A few years ago, the duo paid Ive a visit. Over a pint, they shared what they had been working on: a new office chair that would be the first from the furniture maker Vitra in several years. The pitch around the design wasn’t that it was technical or flashy. Rather, the idea was that it was “quiet,” with soothing curves that could blend in anywhere, even a home. Ive perked up, raised an eyebrow, and said, “That’s interesting.” Several months later, Apple became the first customer for the Pacific Chair, which it ordered for every work station in its 12,000-person campus designed by Foster + Partners.

The Aeron chair has proven so popular because it does its job so well, its open mesh material and suspension system ensuring that it remains cool and comfortable no matter how long your working hours. But this, suggests FastCo, is now considered an outmoded idea by companies like Apple.

Today, you may have noticed, the prevailing ideal is that you spend most of your day collaborating with other people, that meetings and conference calls are the center of the workday. What quiet time you do have is spent wherever suits your mood.

That should, the theory goes, mean less time sat at your desk, and less need for a chair that remains comfortable for many hours on end.

Barber and Osgerby say that they aimed to get more of a living-room feel to the chairs to reflect the informality of today’s work environments.

Barber and Osgerby argued that if work spaces were coming to resemble living rooms, then work furniture had to take on an entirely new look. “To get the best people you have to have an environment with less formality,” says Osgerby.

“Younger generations are spending a lot of time at work, so we’re trying to create a residential vibe,” says Primo Orpilla, founder of Office O+A, which has designed interiors for tech giants ranging from Uber to Microsoft. “The blurring of work and life is at an all-time high. For younger generations, work represents who they know and how they socialize.”

Me, I’m sticking with my Aeron chair – the most expensive office chair I’ve ever bought, and the best value. As for Vitra, the company seemingly needs a little more design work on its website: accessing it on my MacBook Pro hooked up to an Apple Thunderbolt Display, I just got asked to rotate my screen …