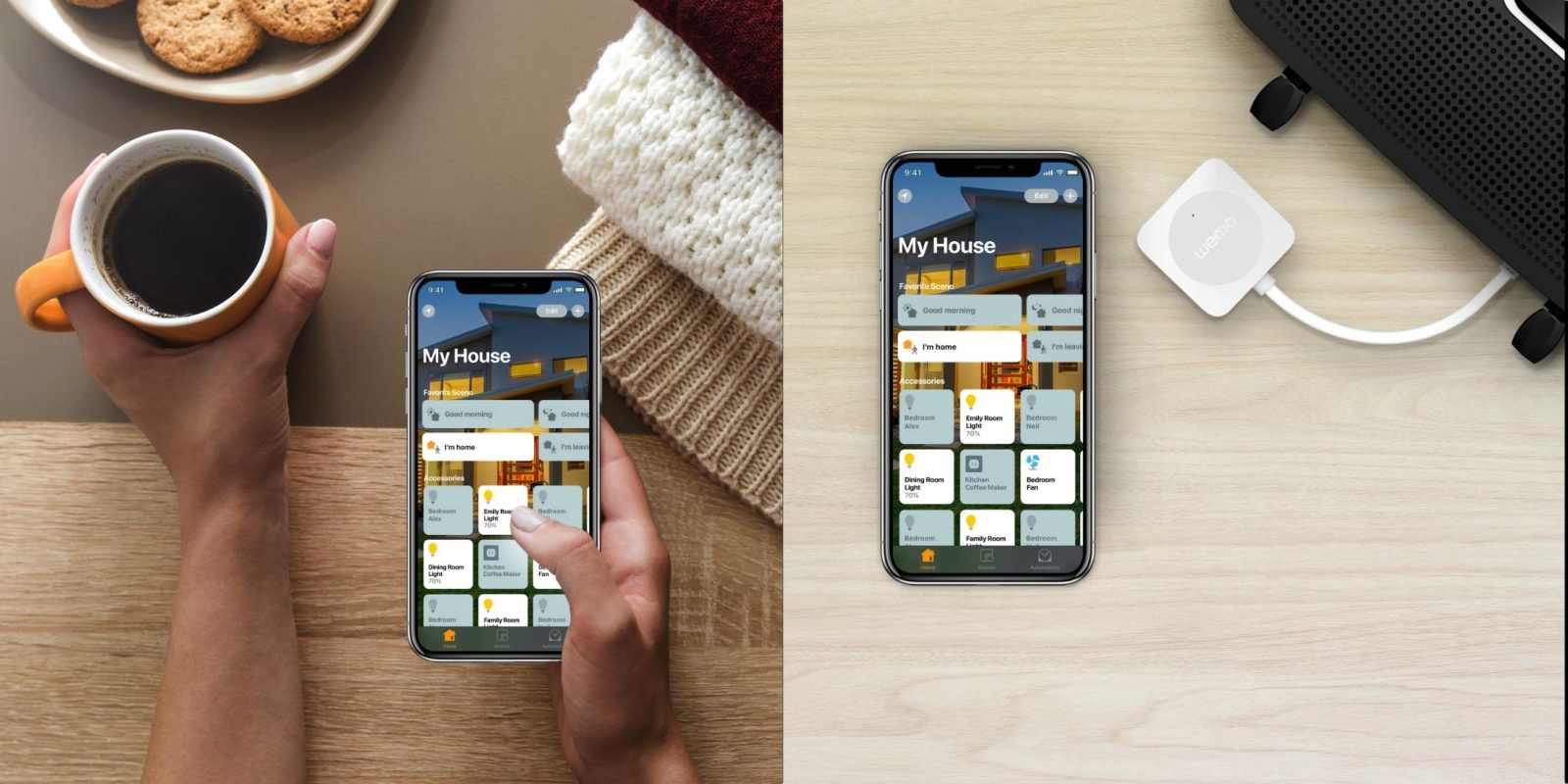 At CES, Belkin announced that the Wemo Bridge is now available to order, priced at $39.99. The bridge adds HomeKit support to the wide array of existing Wemo smart home accessories which includes smart plugs, dimmers, motion sensor and a light switch.

HomeKit support allows these accessories to be controlled through the native Apple Home app on iOS devices and Apple Watch. It also unlocks voice control with Siri.

The tip-off from the Belkin Wemo app update proved correct.

If this sounds like old news, the Bridge was actually announced back in May with a ‘fall’ release window. At the time, the product’s pricing was unknown and obviously it missed the promised 2017 launch. Belkin previously cancelled its plans for HomeKit support, so this has been long time coming for Wemo accessory owners.

The Bridge is simple enough; it connects to the home WiFi using Ethernet and communicates with Wemo devices on the network and makes them available to HomeKit.

HomeKit support lets you manage all the Wemo accessories through the Apple Home app, alongside any other HomeKit accessories you may have configured in your home. This means you can add Wemo devices into the HomeKit scenes, and include them in automations like turning off the smart plug when you leave the house.

Apple now allows accessory manufacturers to get HomeKit certification through software alone, so you many wonder why a physical bridge is necessary. The simple answer is that the Wemo accessories likely do not meet certain hardware requirements which prevents them from talking to HomeKit without an intermediate bridge. HomeKit software certification can only be used if the device in question already meets Apple’s minimum standards for the internal components.

Belkin has not said whether future Wemo accessories will rely on the Bridge for HomeKit support, but this is the path that other smart home manufacturers like Philips Hue and Lutron have taken. It is often simpler to have one bridge device handle the HomeKit communication rather than including the tech in every accessory separately.

The Belkin Wemo Bridge is available to order now for $40 from Amazon, and ships from January 12.