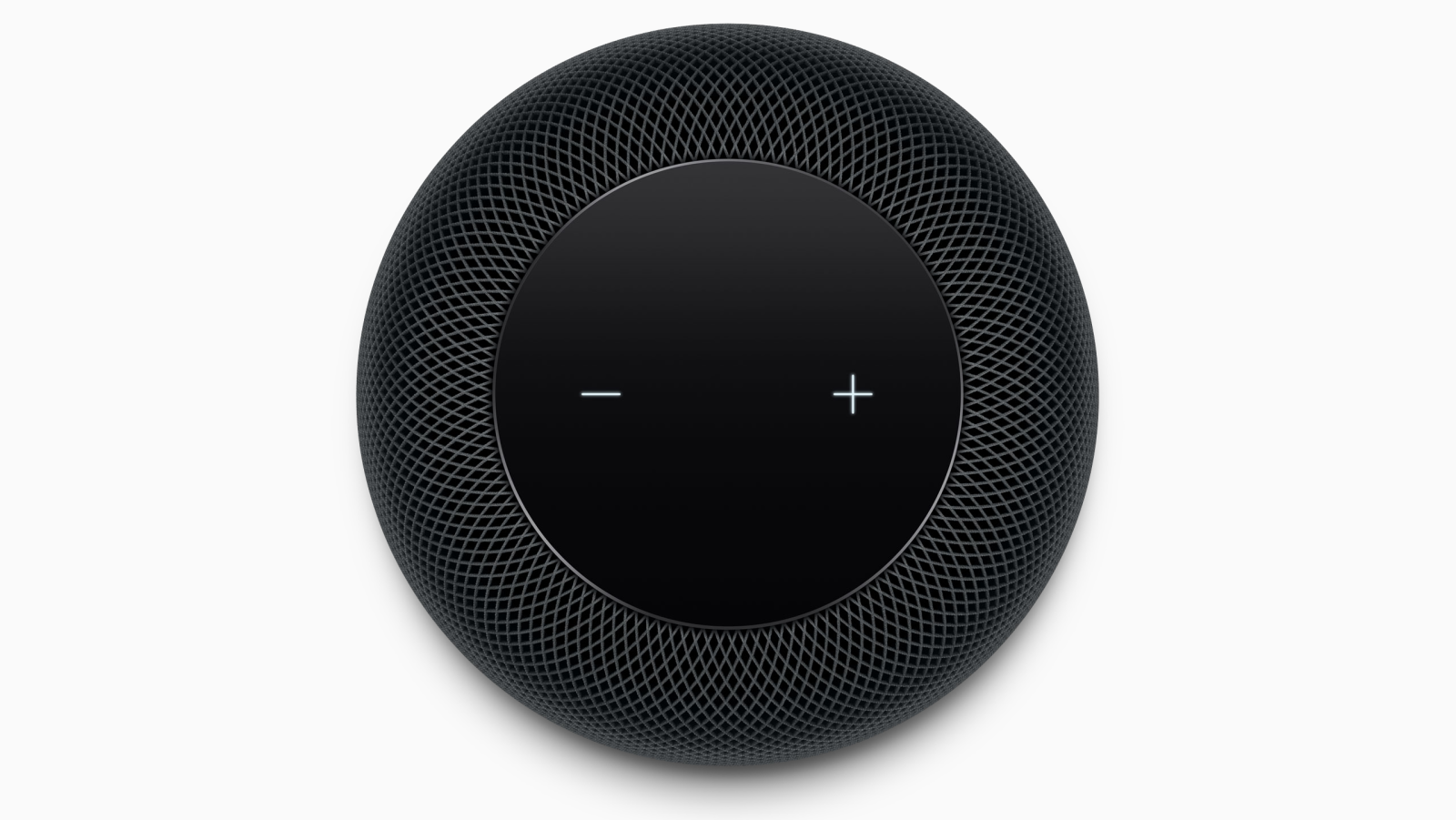 Apple has unveiled lots of HomePod details this morning including a new guide for how the smart speaker can be controlled with the top surface area. HomePod will be primarily driven by Siri, but tapping the top will support a number of gestures for playback control.

The top surface area will respond to taps much like AirPods, but a number of gestures are supported and work similar to clicking playback controls on EarPods.

Tap the top of HomePod to play, pause, skip a song, or adjust the volume. Touch and hold the top to talk to Siri. You’ll know Siri is listening by the LED waveform that animates with your every word.

Specifically, HomePod will support three tap gestures: single tap for play/pause, double-tap for next track, and triple-tap for previous track.

As we’ve previously seen, HomePod will also let you invoke Siri with a touch and hold gesture as an alternative to the ‘Hey Siri’ hot phrase.

And finally, HomePod will show volume controls during audio playback with a single tap on + or – increasing or decreasing the volume one level, or tap and holding will continue to increase or decrease volume.

These mirror what we saw in spy shots yesterday, although we’ve yet to see how these will appear on the white model.

Apple has this handy cheat sheet for reference:

Use HomePod to send messages using just your voice. And when you receive a text, Siri can read it to you. For hands-free conversations, start or receive a call on your iPhone and hand it off to HomePod.