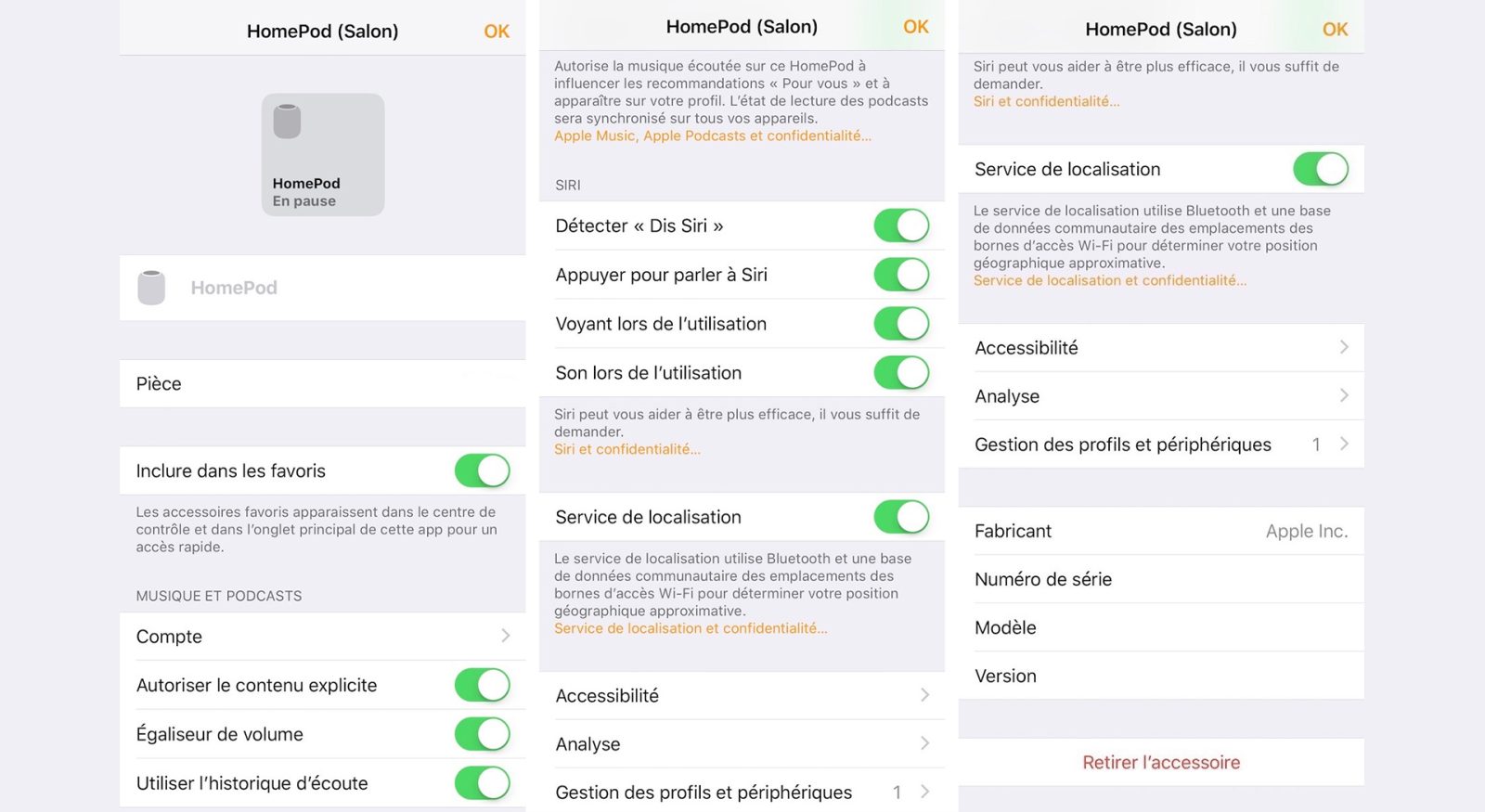 Leading up to the much-anticipated launch of HomePod, Apple’s first entry into the smart speaker space, many details about the device have continued to trickle out. Today, new images from employees testing the HomePod in France reveal how you’ll manage the speaker’s settings.

In a series of screenshots via iGeneration (Translated) we see close-up how you’ll adjust HomePod in Apple’s Home app for iOS. Unlike Apple Watch, HomePod won’t have a standalone management app, but rather behave more like a HomeKit accessory. Some of the more rudimentary settings include the ability to turn on and off HomePod’s LED touch surface, press to speak to Siri, and toggle Siri sound effects.

According to the screenshots, HomePod will be highly configurable, with granular settings for speed of voice, pressure sensitivity, and more.

iGeneration also shares an image showing how the HomePod’s touch surface can be used to show volume controls when not displaying an animated Siri waveform. In August, we saw how HomePod’s setup process will work in iOS 11.

Yesterday, new icons discovered in iOS 11.2.5 revealed that HomePod will likely support HomeKit scenes for muting Siri. We also heard rumblings that Apple is working on multi-user support for HomePod, which has been further corroborated by today’s images. 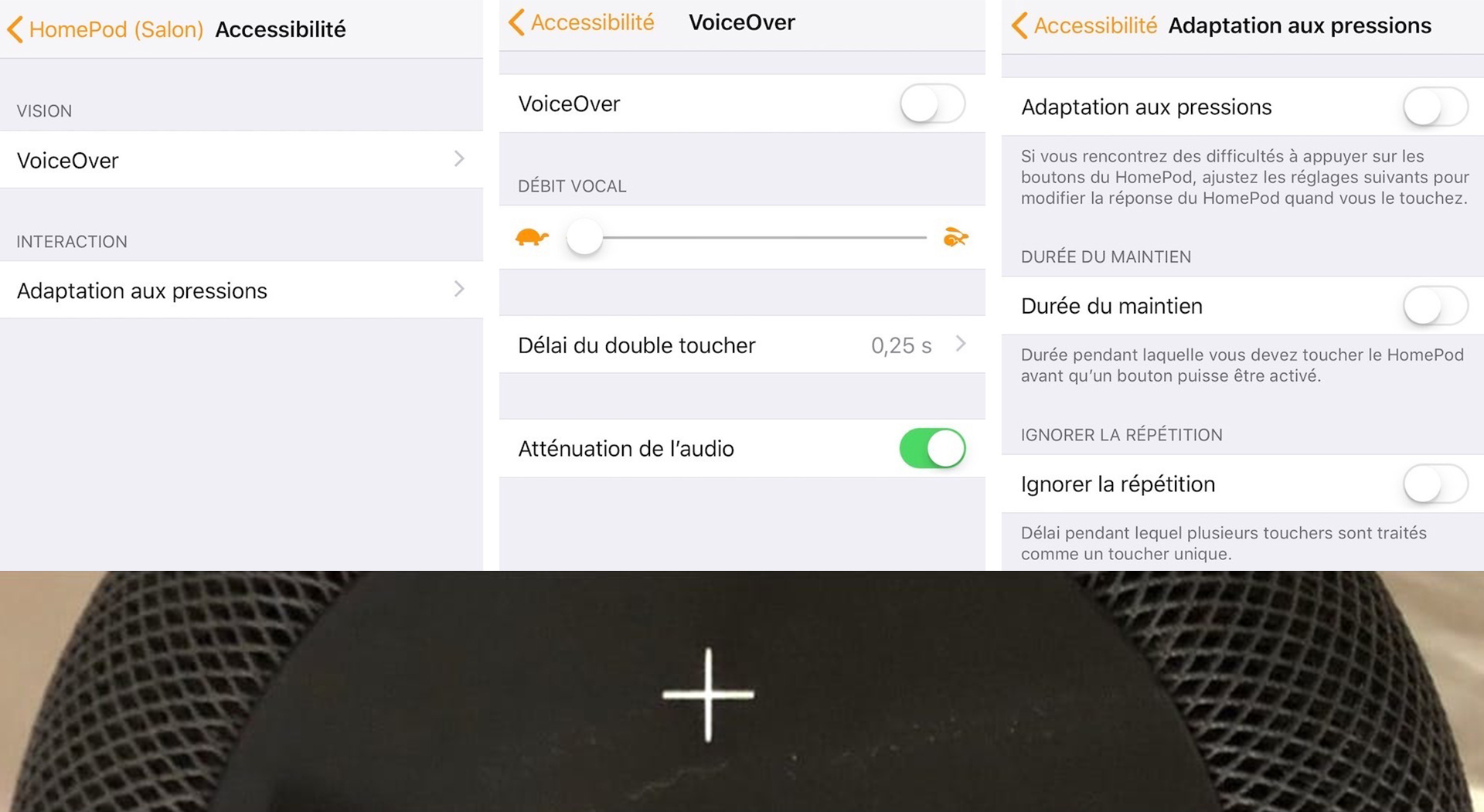 iGeneration explains that multi-user support has been tested by Apple employees in France since at least December, and will allow the device to differentiate between a primary voice (with assigned Apple ID) and other members of a family. Only the primary voice associated with an Apple ID would be able to send messages with Siri, while everyone would have the ability to control music.

Apple’s HomePod was first expected to be released this past December after being introduced at WWDC 2017, but was delayed late in the year. Just recently, the speaker received clearance from the FCC, and initial shipments of the device have left the factories of Apple suppliers. HomePod is expected to go on sale in early 2018 at a cost of $349.