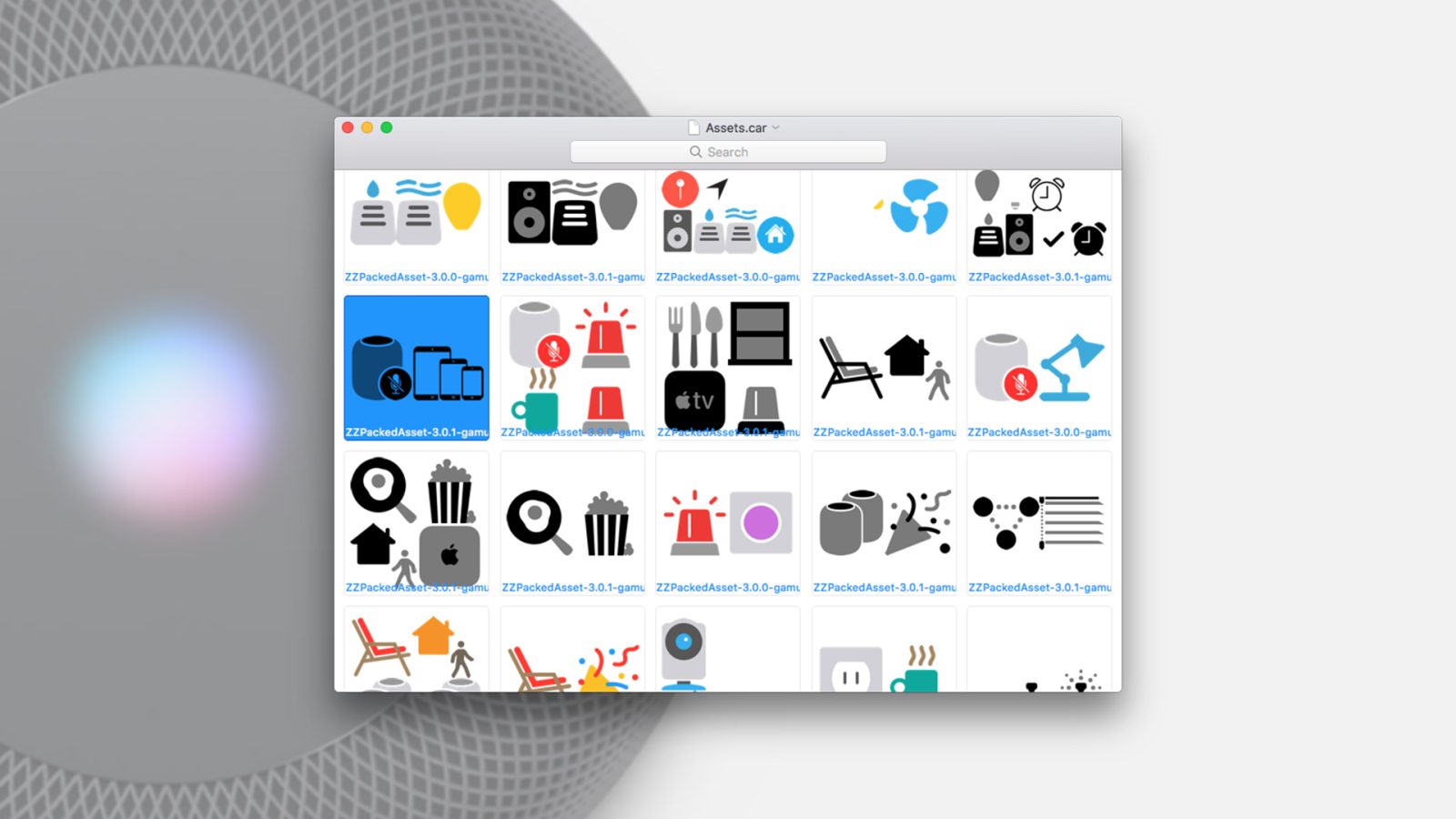 New icons discovered in the latest build of iOS 11.2.5 have revealed some of the functionality that may arrive with the release of the elusive HomePod in upcoming weeks. Specifically, users may be able to create custom scenes with support for muting the speaker’s “Hey Siri” capabilities.

In an image shared by Filipe Espósito on Twitter, iconography buried in the assets for Apple’s Home app for iPhone seem to show a HomePod next to a muted Siri glyph. Some of the icons contain the text “siri-off” in their filenames, giving further weight to the discovery.

Like other modern Apple devices, HomePod contains always-on voice functionality that allows users to simply speak to activate Siri at any time. However, in certain situations, users may want to disable the function for privacy. One could imagine a “party” scene where your home’s lights change colors, the room temperature changes, and Siri is muted for the living room HomePod.

In addition to the ability to mute Siri, Espósito suggests that strings found in the app’s code indicate that HomePod will be capable of supporting multiple unique voices, meaning that more than one person could control Siri and expect personalized results.

Apple’s HomePod smart speaker was first announced in June 2017 at the company’s annual Worldwide Developer Conference. While the device was originally expected to ship late last year, Apple delayed shipment back in November. Despite HomePod’s slow arrival, we’ve managed to learn quite a bit about its functionality thanks to a steady stream of code references and features trickling out in builds of Apple software.

Just last week it was reported that a shipment of 1 million HomePods was being delivered to Apple from its supply chain, so our wait for Apple’s first smart speaker may soon be over. The device also recently gained clearance from the FCC. We’ll watch for more details and update you with any additional findings.