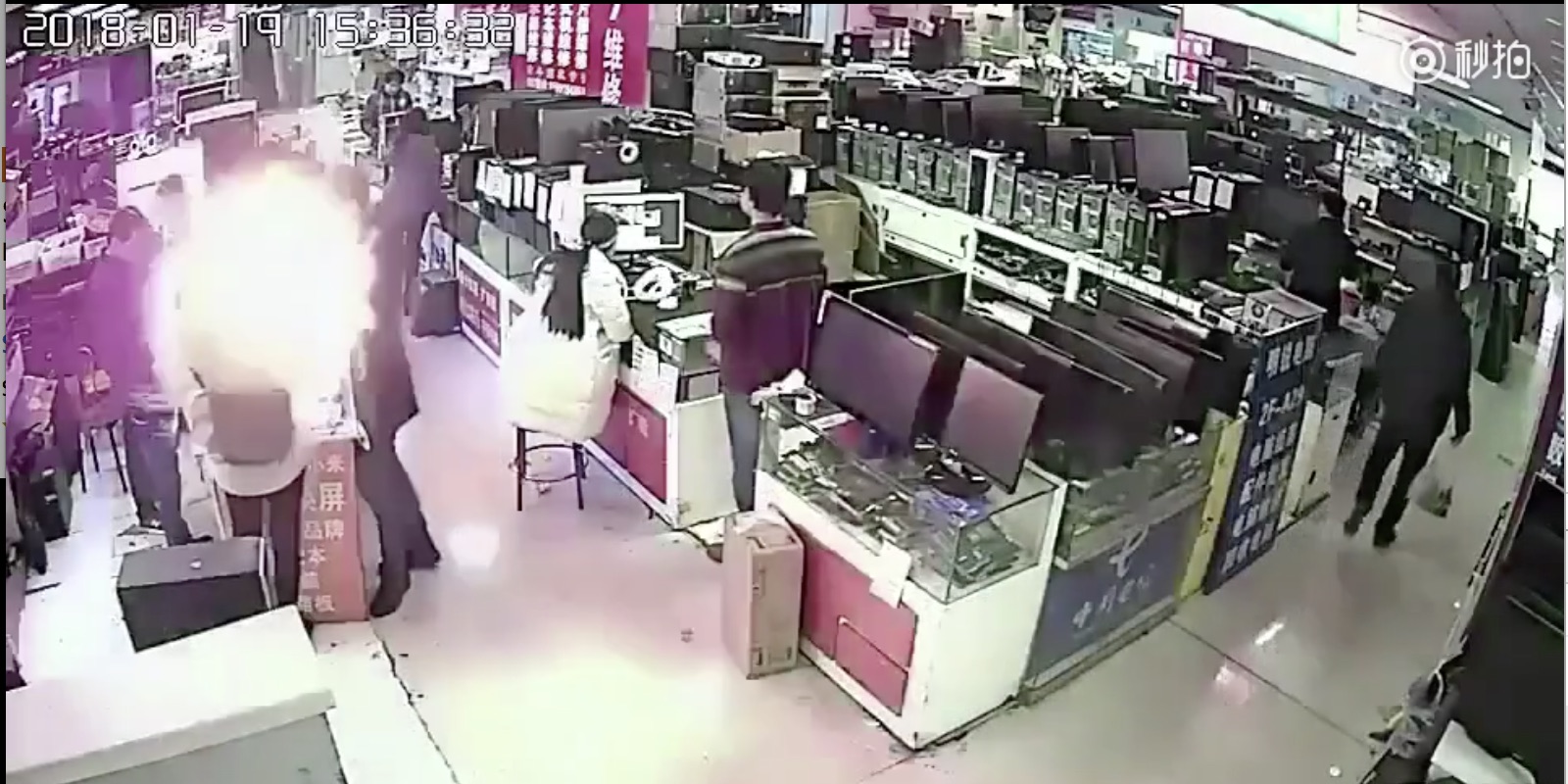 In an odd scenario, a man in China caused an iPhone to explode after trying to get a battery replacement. According to a report from Taiwan News, a man went into a third-party retailer to get his battery replaced but wanted to check the authenticity of the battery by biting into it. This caused the battery to burst into flames.

A video of the incident was captured on the store’s security cameras, which can be found here and embedded below). The video has gained over 4.5 million views since it was posted on January 20.

Fortunately, nobody was harmed in this incident, according to several Taiwanese news outlets. We do not advise anyone try this at home. There are better and less life-threatening ways to check the authenticity of your battery. For one, you could visit an Apple Authorized Retailer or an Apple Store.

There has been an influx of iPhone customers wanting to replace their batteries after Apple announced that it was throttling iPhone performance and lowering the price of its battery replacement to $29 for 2018.