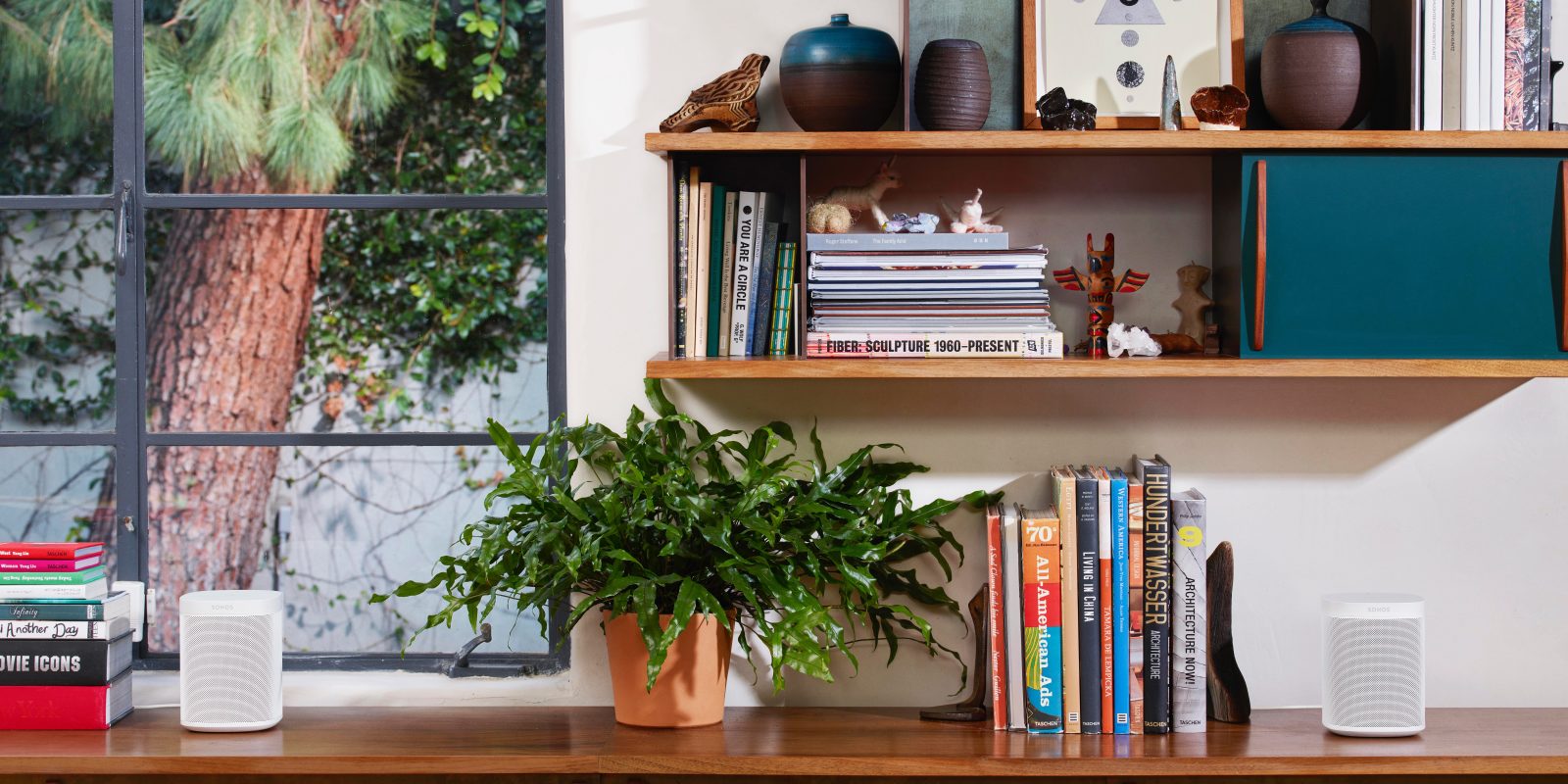 Sonos is kicking off a new Sonos One bundle tomorrow that matches the HomePod price but includes two speakers. The promotion is timed with the launch of HomePod which goes on sale tomorrow and ships two weeks later.

Sonos One (reviewed) includes Alexa integration for voice control that works with various music services including Spotify, but Apple Music control by voice is limited to play/pause and volume control.

For HomePod, Apple Music and Apple Podcasts can be fully controlled by voice with Siri, but Spotify and other services will require peer-to-peer AirPlay to work and playback controls will be limited to play/pause and volume.

Apple has positioned HomePod as a better-sounding speaker than the Sonos Play:3 which recently saw a price drop, and the Sonos One is even lower in the lineup. The comparison of a single HomePod to two Sonos One speakers in a stereo setup, however, may be trickier.

For its part, HomePod will ship without stereo support or multi-room audio playback for whole home audio. Both features will be added later in the year when AirPlay 2 is finalized.

Speaking of AirPlay 2, Sonos announced back in October that its speakers would work with AirPlay 2 sometime in 2018. Apple’s new streaming protocol has seen delays in shipping, however, but Sonos has reaffirmed its commitment to support AirPlay 2 this year.

As someone who has invested in a number of Sonos speakers over the years but plans to buy a HomePod or two, I’m greatly looking forward to being able to command Siri to play music or podcasts in different rooms on both HomePod and Sonos using AirPlay 2.

If you’re in the market for a Sonos One bundle, take advantage of the new discount created by this competitive space starting Friday.