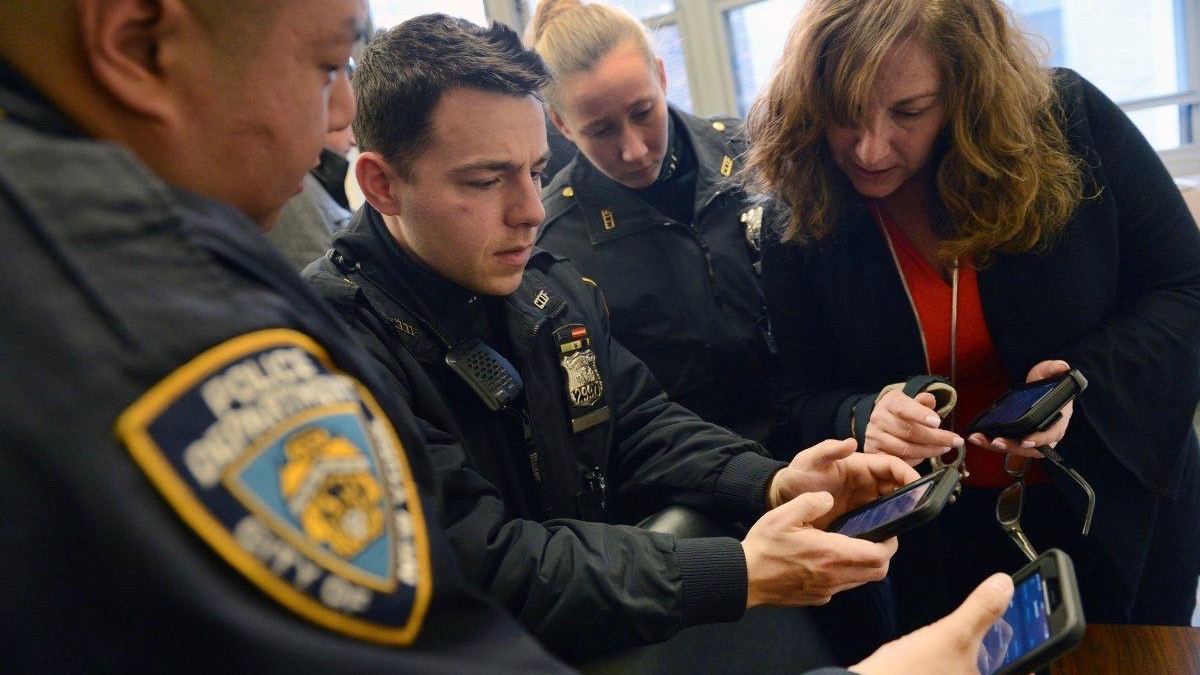 As initially reported last year, The New York Police Department is moving away from Windows Phones after two years with the platform. Replacing some 36,000 Windows phones are iPhones, which are now being rolled out to police officers…

The New York Daily News reports that the NYPD has been rolling out about 600 phones per day to its officers, who get to choose between an iPhone 7 and an iPhone 7 Plus. Currently, officers in Manhattan are taking part in the transition, but once that is complete, the rollout moves to Brooklyn and then Queens.

The move to iPhone is already being heralded as a major success by some officers. “I truly feel like it’s the ultimate tool to have as a patrol cop,” said Police Officer Christopher Clampitt.

The iPhones also improve functionality that smartphones bring to officers in general. For instance, smartphone use by police officers can respond to scenes much quicker than relying on the traditional radio:

“We get to the location a lot quicker,” he said. “By the time the dispatcher puts out the job (on the radio) we’re already there.”

With the smart phones, the NYPD has seen its response times to critical crimes in progress drop by 14%, NYPD Deputy Commissioner for Information and Technology Jessica Tisch said.

There’s also a 911 that “gives a glimpse” of what officers can expect once they arrive on the scene.

The NYPD explained last year that as part of its agreement to use Windows phone, it was given an option to change devices after two years – which is what’s allowing for the switch to iPhone 7 and iPhone 7 Plus devices. The iPhone replaces the Lumia 640 XL and the Lumia 830.